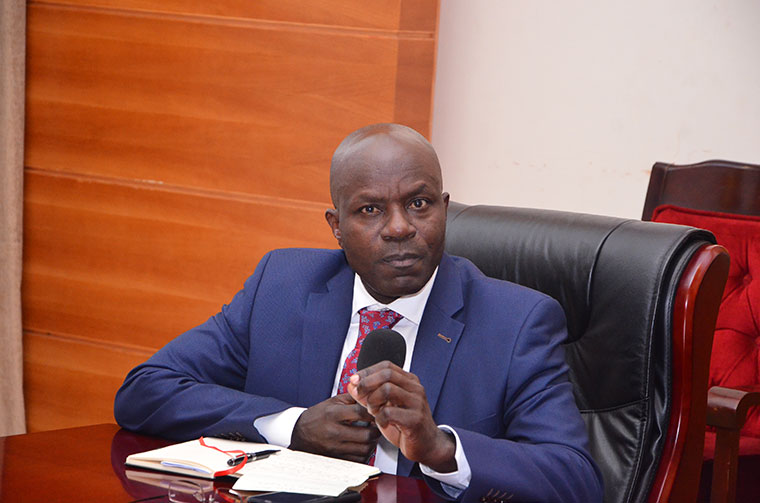 In an interview with The Observer, Education and Sports permanent secretary, Alex Kakooza said private schools and universities are businesses too. He said if there’s a government bailout plan, private schools will be considered like other private businesses battered by the COVID-19 lockdown.

“I have written to the permanent secretary ministry of Trade who is charged with this matter to include private education providers whenever there’s an opportunity for a bailout of businesses,” Kakooza said.

He insisted that government cannot pay employee salaries in private education institutions and ignore other employees in private businesses across the country. According to Kakooza, such a decision would be opening a pandora’s box.

“I would rather say they are considered as businesses and government comes in to consider them along those lines. So, shop owners in places like arcades who have not paid their shop attendants for the last three months may also ask government to intervene,” he said.

In May 2020, Kakooza also issued a circular to heads of private education institutions to pay staff. To date, proprietors claim they were affected by the closure of their institutions and want government to help pay salaries. The circular kicked up a public storm prompting parliament’s committee on National Economy to invite members of the National Private Educational Institutions Association-Uganda (NPEIAU) to discuss the impact of Covid-19 on schools.

The chairperson of private schools in Kampala, Hasadu Kirabira, who appeared before the committee, said the association wants government to pay teacher salaries in private institutions until schools are re-opened.

“This pandemic can’t go suddenly. We have never asked government to pay salaries for our teachers but this is a critical moment where schools are starving, closing, turning into rentals, and poultry houses,” Kirabira told The Observer.

“With 35 per cent of private schools in rented premises, landlords did not waive the rent charges but deferred the arrears. The re-opening of some sectors in the economy poses a risk of displacing many schools by premise owners for alternative income-generating activities.”

On average, Kirabira said private schools pay teachers Shs 400,000 (the highest) while others pay as low as Shs 200,000 as monthly take home pay. He said the closure of schools has spiked unemployment levels through aggressive lay-offs or suspension of contracts.

This is in contrast to government teachers that have continued to receive their full salaries since the lockdown in March. As of May 2020, the least paid government primary teacher earns Shs 499,684 monthly.

According to Kakooza, payment of salaries is a statutory obligation, which employers of private education providers ought to fulfill.

“We have had issues in the past of private institutions that do not pay their staff and normally, the argument is that they have no signed contracts with employees. The Employment Act clearly indicates that when an employee has a contract of service, whether oral or written, he/she shall be entitled to payment,” Kakooza said.

Kirabira, also in charge of research at NPEIAU, said the closure of schools has left most teaching staff potentially jobless. He said the opening of some informal sectors of the economy has forced redundant teachers to fall prey to hawking, riding boda bodas, taxi driving and doing casual work on construction sites to earn a living.

This, he said, implies that upon re-opening of schools, teachers who have joined such businesses may never return to their profession. This is will lead to staffing deficiency in many schools and compromise on the quality of education in Uganda.

Kirabira said government should come to their rescue to prevent more teachers from being absorbed by other informal sectors of the economy.

“If schools are not working, many teachers are renting and the landlords are not patient with them. You have no option but look for something to help you pay rent and earn a living. If government can assist us on one end of salaries, we can see how to foot other school expenses,” he said, adding that if government doesn’t come in to help schools cope with the situation, they will be left with no option but impose high fees on parents.

According to the headteacher of Kings College Budo, Patrick Bakka Male, it’s unlikely that government will support private education staff even when the lockdown is fully eased.

“As of now, it is a waste of time to lobby government to support my school. The proposal will be received with a stamp inscribed ‘noted’ but someone will later trash it in a basket because they don’t have the money,” Male said.

At this government-aided school where learners are charged between Shs 1.3m and Shs 1.5m, Male has already suspended contracts of 80 staff that are not paid for by government. During this lockdown, the school cannot afford shouldering the monthly wage bill for the 80 private staff of about Shs 100m. The lowest paid private staff at Budo earns Shs 210,000 and the highest gets Shs 800,000.

“With closure of schools, it’s better to suspend the contracts and re-negotiate when schools re-open depending on the reserves you have, if any. This means that I may not be in position to fulfill their contractual obligations but benefits that are not directly monetary like housing, water, that I can pay for, I am fulfilling,” Male said.

Out of the 80 private staff, the school has retained some “essential staff” that negotiated their pay while others were advised to find alternative jobs outside the school or keep waiting for the situation to normalize and re-negotiate their salaries. Before staff went on holiday, they were given foodstuff meant for students while more items were mobilized from old students to help the most affected ones.

Otherwise one may suppose they don't matter in black Africa!!!

A token amount like 300,00l- or thereabouts paid only once could make a difference in their lfamilies!!!
Report to administrator
0 #2 kabayekka 2020-06-27 04:52
So exactly what does universal free education mean as African politicians make real capital from it all?
Report to administrator
0 #3 kibedi nkuutu 2020-06-28 05:30
Footing the bill for private school teachers would mean footing the bill for engineers in private companies; private vets; nurses in private hospitals; lawyers in private practice; etc.

As well as saloon attendants; office attendants private offices; etc. You get the point! Private schools are a BUSINESS! PERIOD.

Taxpayers´ money can't be used to bail out these guys just because they have landed on hard times. Govt. should not bail these schools instead those teachers with contracts should sue their respective employers for failure to pay them!

Private schools please don't be so selfish! It is not first time you have requested for a bail out even when you increase school fees without govt. consent!

These guys want a govt. bailout since most of these schools are run by influential figures in the echelon of govt. Pathetic.
Report to administrator
0 #4 Nassolo Brenda 2020-06-29 08:44
There you are! The teachers should prepare to die of starvation because our corrupt government only cares about its stomach and stealing votes.
Report to administrator