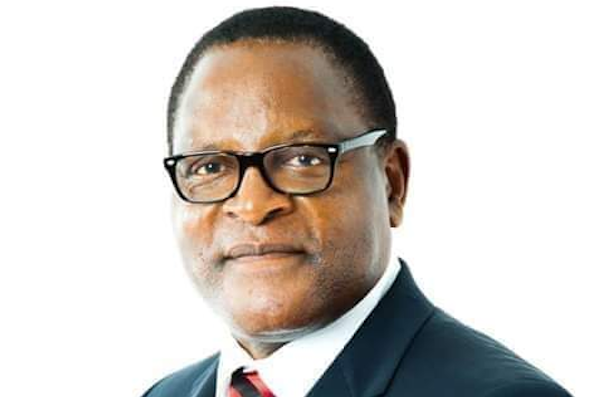 Announcing the results at the main tally centre Thursday in Blantyre, Electoral Commission chairperson Chifundo Kachale said the commission had received results from 26 of the country’s 28 districts. He read out returns from three districts; Chiradzulu, Mwanza and Likoma, which were the first to submit their counted ballots to the tally centre.

“The results for Likoma; the MCP candidate Lazarus Chakwera got 2,981 votes, and Peter Domic Sinosi Kuwani for MMD got 31 votes, while Arthur Peter Mutharika of the DPP got 1,690 votes," said Kachale.

In results from other two districts, President Mutharika was leading, while Chakwera came second and Kuwani, last. Kachale said that as of Thursday morning, the commission had finished verifying results from about one-fifth of the districts and promised to complete the rest soon.

“We continue to emphasize that we are committed to get this job done as soon as possible.  We wouldn’t want to create any anxiety by delaying this process needlessly, you have our greatest commitment that come this evening, you see significant progress districts we have managed to clear,” he said.

However, Malawian media, including the state-owned Malawi Broadcasting Corporation, said Chakwera held a strong lead with 55 per cent of the vote, compared to 40 per cent for Mutharika.

Eisenhower Mkaka, the secretary-general of the MCP, told VOA the party does expect changes from the figures that local media announced, because those figures reflect vote totals the party collected from its monitors across the country.

“There could be some changes because unlike in the past, what the Commission is now doing according to the law is to look at the null and void votes. So, in some cases they are determining that ‘No, this shouldn’t be a null and void [vote]’. There might be some small, small, changes but not material enough to change anything,” she said.

VOA could not reach DPP officials for comment but the party’s spokesperson, Nicholas Dausi, told a local radio station Thursday that he will comment after official final results are announced.

The Malawi Electoral Commission is expected to announce final results within eight days from the day of voting as required by law.

Malawi's ruling party said Wednesday that opposition supporters tried to intimidate its backers during voting the day before in the presidential election, an assertion the opposition MCP party denied.

At a news conference, Democratic Progressive Party spokesman Nicholas Dausi showed reporters photographs of some DPP supporters who he said were assaulted by thugs sent by the opposition Malawi Congress Party.

“As we are talking, Democratic Progressive Party monitors in the areas of Kabudula, Lilongwe-Mapungu North and Lilongwe-Kasiya were abducted," Dausi said, adding that "four girls and four boys" were missing.

“The thugs went to his house," Dausi said. "They damaged the government’s vehicle and stole almost K11 million, which was meant for DPP monitors in Salima district.”

Maurice Munthali, spokesperson for the opposition MCP, told VOA on Wednesday via telephone that the DPP assertions were laughable because there was no evidence that those attackers were members of the Malawi Congress Party.

“If anything, what we have heard ... is that DPP was on it again, trying to rig the elections," Munthali said. "DPP, if anything, would not have expected Malawians to sit idle as [they] see such nasty things happening around them.”

MCP candidate Lazarus Chakwera was the main challenger to President Peter Mutharika of the DPP in the election. The poll was a rerun of last year’s election, won by Mutharika but annulled by Malawi’s Constitutional Court because of massive irregularities.

At a press conference Wednesday, Malawi Electoral Commission chairperson Chifundo Kachale said the commission had received a total of four complaints from both the MCP and DPP parties alleging intimidation during the voting.

Kachale said the commission would ensure that all complaints were amicably addressed before an announcement of election results within eight days.