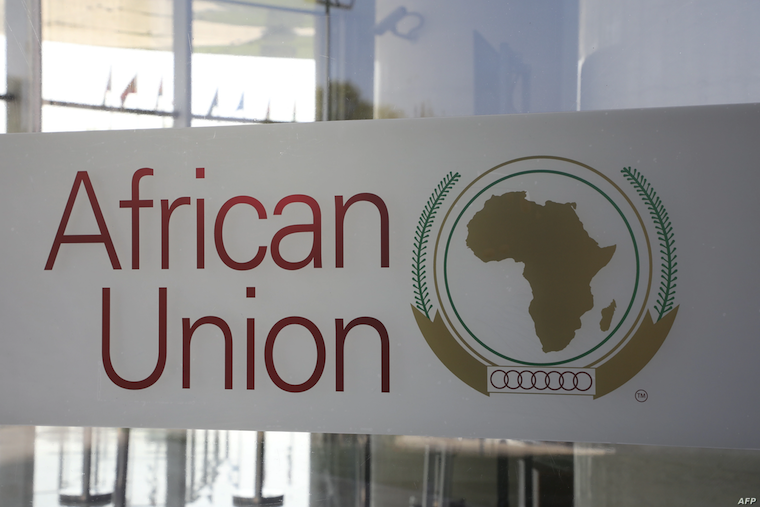 Representatives of South Sudan have been banned from taking part in an African Union meeting after their government failed to pay overdue fees totalling more than $9 million.

South Sudan diplomats were caught by surprise last Tuesday when they were asked to leave an AU meeting in Addis Ababa, Ethiopia.

The AU sanctioned South Sudan after it failed to pay annual membership dues for the past three years, according to a June 17 letter to the South Sudan Foreign Affairs ministry signed by ambassador James Pitia Morgan, South Sudan’s permanent representative to the African Union and to the United Nations Economic Commission for Africa.

“We were barred from participating in the AU meeting as of June 16, 2020,” wrote Morgan. He called the scene in Addis Ababa “dramatic and embarrassing” when the chairperson of the meeting stopped the proceedings to inform South Sudan’s diplomats that their participation was illegal.

“We should not allow our country to be embarrassed at this regional, continental and international stage,” said Morgan, who called South Sudan “a proud nation and proud people.”

South Sudan owes the AU slightly more than $9 million, according to Morgan. Deputy Foreign Affairs minister Deng Dau Deng blamed the government’s years of overdue payments on the current “situation” the country is facing with the COVID-19 pandemic and noted South Sudan made a partial payment to the AU in late 2019.

“South Sudan was due to pay a commitment of which in December to January, we paid 40 per cent of our contribution and membership [fee] to the African Union. We are committed as a country to pay our contribution but it’s just delayed because of the situation that we are in,” Deng told VOA’s South Sudan in Focus.

Deng insisted that South Sudan will be ready to pay what it owes the AU once the coronavirus crisis “normalizes.”

South Sudan should avoid using its civil war and the pandemic as excuses to avoid paying its annual dues, said Nhial Tit Mammer, a policy analyst with the Sudd Institute, a think tank in Juba. Mammer believes there will be a larger price to pay when South Sudan is absent from meetings where important, strategic decisions are made by the regional body.

“As it is said; ‘If you’re not on the table, you’re on the menu.’ So, if South Sudan is not going to participate in those meetings where important decisions are going to be made then of course it’s a huge problem. And it also has implications on our pride as a nation. You know it’s embarrassing [and] that in itself is a huge impact too,” Mammer told South Sudan in Focus.

It is important to remain a member in good standing of organizations like the African Union, the East African Community and the United Nations, where every member country is treated equally, Mammer said.

“Even if we are in a situation of war we must try, and others will also know that we are trying. Our situation is different but if we default completely, we don’t pay anything, this is something else,” Mammer told VOA.

Still, Mammer said, the AU could have been a little more lenient with South Sudan given the fact that it recently emerged from a five-and-a-half-year civil war in which hundreds of thousands of people were killed and millions more were displaced.

South Sudan paid 15 per cent of the amount it owes the AU, or about $3.5 million last December, according to Deng. The AU should have informed the government earlier that its representatives would be banned from attending all future AU meetings rather than waiting until its delegates were already seated at last week’s meeting in Addis Ababa, Deng said.

0 #1 Yongo 2020-06-23 16:43
9 millions is not money when you come to South Sudan, but the question is 'Why is the government make un necessary spendings to non valuable things in the country rather than to such?

I believed if this payment is meant for occasion even one person can pull from his/her pocket......i don't see clear progress of the country and if we want to go forward, let's avoid these excuses of saying 'we are still a young country,......How long do you want to take to remove such a statement?
Report to administrator
0 #2 Amooti Mugi 2020-06-23 20:34
The main export from South Sudan are refugees!

And East African community foolishly rushed to enroll SSudan without putting any entry protocols in terms of good governance, human rights, etc...and it will not take long before it becomes a big and costly burden to the EAC...
Report to administrator
0 #3 Akot 2020-06-23 23:55
There we go, money money money, but when it comes to ensuring the continent is well governed, we hear NOTHING from AU!

Have AU said a word about African countries at wars, tribalistically ruled with no chance of change for better life, migration of Africans within & outside the continent of those looking for just life?

What difference is there between AU officials & African dictators/useless rulers when they all watch, enjoy seeying Africans live in poverty while poor population doubles & those who can pay their way out of the continent do so?
Report to administrator