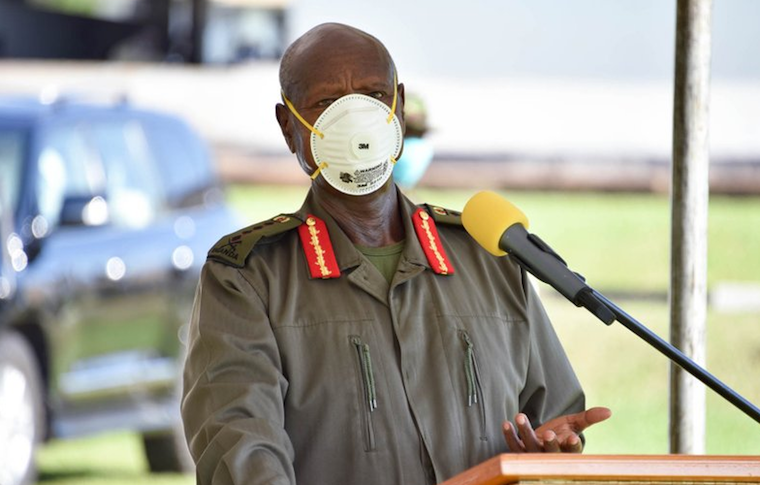 Some African governments are using the coronavirus pandemic to erode democratic freedoms and to muzzle independent media, US officials have warned.

“Democratic backsliding” is one worrisome side-effect of the Covid-19 outbreak, said Christopher Runyan, senior coordinator of the Africa bureau of the US Agency for International Development (USAid) last week.

“Disturbing trends include the cancellation or postponement of elections, targeted crackdowns on key population groups, and increased gender-based and criminal violence,” Runyan added.

Speaking in an online press briefing, Runyan did not name the African countries where leaders are tightening their control amidst the pandemic.

But in at least nine African countries, including Kenya, the risk of infections has been cited as a reason to postpone national or local elections, according to the International Foundation for Electoral Systems.

Kenyan authorities have indefinitely postponed local by-elections scheduled to take place in April. Parliamentary and regional voting in Ethiopia originally set for August 29 has been called off, with no new date announced.

And Ugandan leader Yoweri Museveni, in power for 34 years, suggested last month it would be “madness” to hold a presidential election on schedule early next year if the virus has not been vanquished by June or July 2020.

Speaking at the same briefing, Dr Kenneth Staley, head of USAid’s Covid-19 task force, was asked by a reporter why Africans should think the Donald Trump administration cares about black people anywhere or about “democratic backsliding.”

President Trump has threatened military intervention to put down mass protests over police violence against African-Americans.

“We’ve tried throughout our time in relationship with countries across Africa to demonstrate the need for sustained focus on democracy and human rights,” Dr Staley said in response.

Within the United States, he added, “we continue to focus on that and think through the ways we can become an even more perfect union. And I think our own internal debates hopefully allow people to know that open and free expression are a critical part of building a better society.”

The US officials also emphasised the importance of “transparency” in Africa’s reporting on the spread of the virus.

It is also essential to address the “increasing information pollution” affecting public perceptions of the nature of the pandemic, Runyan said.

“When social media spreads disinformation and responsible, independent media face economic hardship or repressive government control, citizens ultimately lose out,” he said. “And that’s why USAid, as part of our response, is supporting efforts like fact-checking initiatives to debunk false and harmful disinformation.”

The USAid officials used the press briefing to highlight US “generosity” in helping meet Africa’s health needs. The US has demonstrated “global leadership in partnering with you across the continent of Africa in the face of the Covid-19 pandemic,” Dr Staley declared.

The State Department and USAid have together provided nearly $400 million to fight the virus in Africa through emergency health, humanitarian and economic assistance, Dr Staley noted.

0 #1 WADADA rogers 2020-06-10 09:24
To them, it is a chance to say in office abit longer and continue looting as usual especially those whose term in office has expired and to those who want to contest, to amass more money intended for managing covid 19 for bribing voters.

Elsewhere like in Uganda, Bobi wine has been giving some people sleepless nights, delaying the election would give them a chance to create cheating avenues and frustrate international involvement
Report to administrator
+1 #2 Larry james 2020-06-10 09:33
What's an election really going to do for us right now? Give us more democracy? More rights to assemble? Economic power?

Or simply get incumbent leaders out of office and replacing them with new ones?

Elections will not better the ordinary Ugandans life, they'll better the lives of those who cheat and win. Instead of obsessing with getting liars out of office focus on making positive change in your family. Pick up that hoe and dig.
Report to administrator