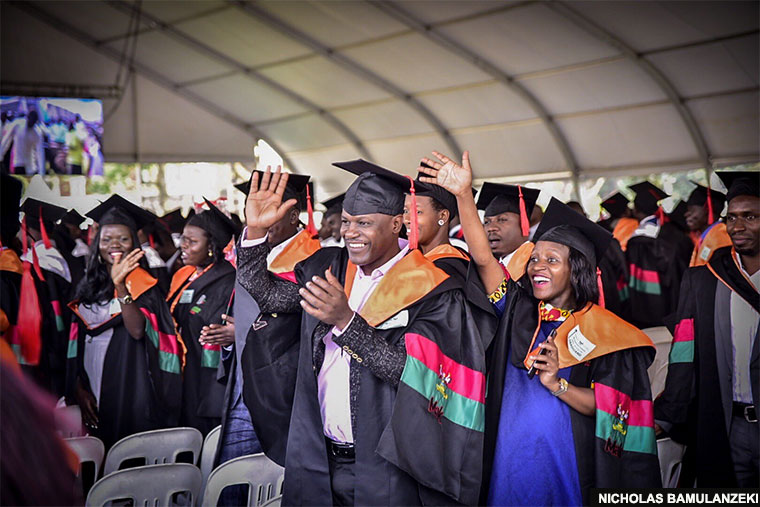 According to Nawangwe, internal investigations show that Barugahare flouted several procurement guidelines when he awarded a procurement contract to Team Uniform Ltd, a private firm to supply 13,500 gowns for this year's graduation in January.

The contractor only managed to deliver 6,383 gowns, 900 caps and 6,792 hoods a few days to the event triggering panic among graduands who had already paid for the gowns. Makerere had managed to collect up to Shs 1.3 billion from the 13,500 graduands for the patented gowns.

Even the few gowns that were delivered were insufficient with some lacking hoods or caps. The university ran to local tailors in Wandegeya to provide additional gowns and save the institution's embarrassment. This prompted the university management to institute investigations to understand what had gone wrong.

“The accounting officer did not seek the solicitor general's approval of the draft contract document in contravention of regulation 1 (1) of the PPDA (Contracts) Regulations, 2014 and Statutory Instrument No. 97 of 2014,” Nawangwe quotes findings of investigating team.

The investigation report also observed that the officer failed to supervise the process of procurement as the accounting officer, which led to ‘several anomalies’ during the bidding process, award and management of the contract.

“Management has to take action to ensure that the unfortunate incident does not reoccur,” says Nawangwe.

He has tasked the implicated officer for his own account of the processes undertaken during the procurement of a contractor for supply of graduation gowns from 2015 and show cause why disciplinary action shouldn’t be taken against him.

All along Makerere was procuring the said gowns from local tailors from Wandegeya until 2017 when they decided to contract as a sole supplier so as to provide the patented graduation gowns to the graduands.

+1 #1 WADADA rogers 2020-06-01 19:36
what is his name again, Barugahare, then it is okay, names such as kateshumba etc are at liberty to get involved any scandals without reprimand
Report to administrator
0 #2 Kabayekka 2020-06-03 09:56
That is the current problem in the Officialdom of Uganda today.