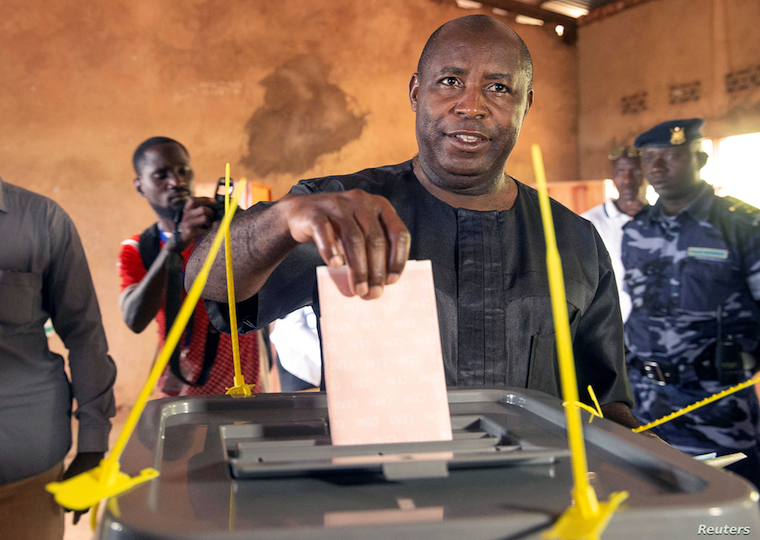 The retired general won just under 69% of the vote, according to results released Monday. Opposition party leader Agathon Rwasa received about 24%, with five other candidates splitting the rest.

Voting last Wednesday was peaceful, but speaking to VOA, Rwasa accused the ruling party of “mischief” and said police and security officers were kicking opposition members out of polling places.

The ruling CNDD-FDD picked Ndayishimiye to succeed outgoing President Pierre Nkurunziza, whose decision to run for a third term in the 2015 election triggered mass protests and a crisis that forced more than 250,000 Burundians to flee the country.

Nkurunziza chose not to run for a fourth term this year but was named a “supreme guide for patriotism” by parliament and still holds a prominent position in the ruling party.