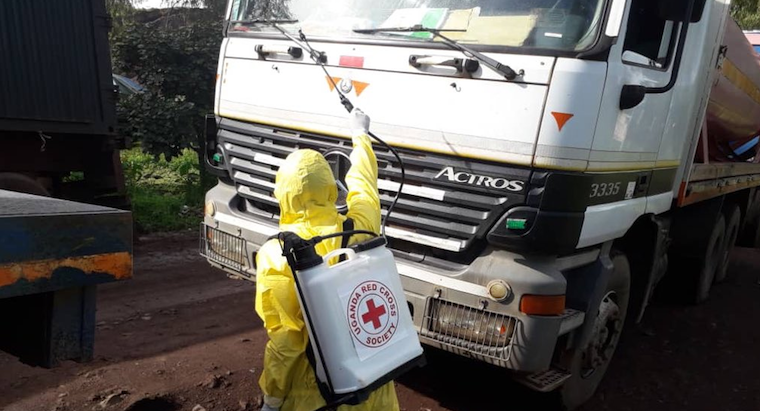 15 more people have been confirmed to have contracted the coronavirus disease (COVID-19), rising the country’s total to 175.

The new cases are from the 2,106 total samples tested on Friday and include 12 truckers and 3 contacts to previously confirmed truck drivers. All the three contacts were under quarantine.

The number of recoveries still stands at 63 with no deaths yet. Also, 23 foreign truckers who tested positive were denied entry into the country.

On Thursday, Kenyan truckers who were stuck in Nimule in South Sudan held a protest against what they claimed was discrimination, stigmatization and the slow-paced testing by Ugandan authorities.

They claim they have to wait for hours if not days before they’re cleared to proceed with their journeys. Uganda is a transit route for goods headed to Rwanda, DR Congo and South Sudan from Mombasa port in Kenya.

Truck drivers have become the biggest transmitters of coronavirus in the East African region. The presidents of Kenya, South Sudan, Rwanda and Uganda agreed that they be tested in their countries of origin. Rwanda introduced relay driving whereby goods are delivered at its border and then taken inland by Rwandan truck drivers.

Out of the 2,567 samples tested in Kenya on Friday, 52 people tested positive. These included 48 Kenyans, two Ugandans and 2 Somali nationals. Total confirmed cases rose to 1,161. 5 more patients recovered from the disease to rise the country’s total to 380.

Rwanda’s cases rose to 321 after one more person tested positive from the 1,568 samples while another five recovered to increase the tally to 222.

It was only recently that Africa’s youngest nation lifted its lockdown, Now, except the minister of Health, all members of its COVID-19 National Taskforce have tested positive. 10 ministers have so far tested positive. Even Vice President Riek Machar and his wife Agenlina Teny and their bodyguards tested positive. Rumours have been rife in South Sudan that even the president could be positive but minister of Information Michael Makuei dismissed the allegations.

89 people died of coronavirus in Africa on Friday while another 4,159 others got infected. In comparison, on Thursday 105 died while 4694 got infected.

Spike in cases this week has seen Russia and Brazil overtake Spain and UK in second and third position as the world's most COVID-19 infected countries respectively. Russia so far has 317,554 infections after registering 8,849 new cases and 127 new deaths on Friday.