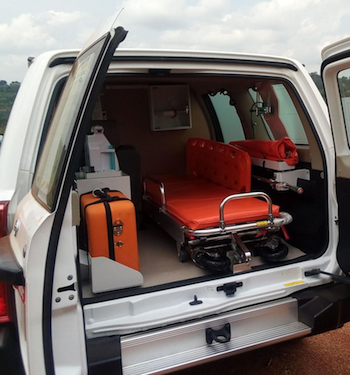 A 35-year-old pregnant woman has died in Pallisa after allegedly failing to get transport to reach Pallisa main hospital.
Perepesa Atim, 35, a resident of Kobwin Agurur village in Akisim sub-county, Pallisa district in eastern Uganda had Wednesday been referred to Pallisa hospital from Kameke health centre III after developing complications, which could not be handled at the lower unit.
According to Bosco Lokaki, the chairperson of Kobwin Agurur village, Atim had gone to the hospital for delivery but medical officers established that she had experienced an intrauterine fetal demise (stillbirth).

Sandrine Anek, the nurse from Kameke HC III who attended to Atim, said that the deceased came to the hospital long after the fetus had died and she advised her caretakers to call the district task force for an ambulance to take her to Pallisa hospital.

"The mother came at around 8.30 am but then she did not first see the health worker. She went behind the labour ward. Then at around 10 she came and she was examined. That is when we found out that the foetus was already dead and she was in the second stage of labour...We couldn’t send her away and say let her push on the way…By 1.30 we called the ambulance, we called the administrator Pallisa hospital and he told us it is okay. We waited for the ambulance up to around 2 to 2.30 pm. I told my in-charge to call again. When she called, they told her that the ambulance was going to come for her. At around 3 pm the mother started becoming restless but of course, we were still waiting for the ambulance. At around 3.30 pm, she died." Anek said.

Since the coronavirus outbreak, public and private transport was banned - with only essential workers with approved stickers allowed to move. Patients in need of medicare are supposed to get movement permits from the RDCs although recently President Museveni said pregnant women are exempted and are free to move to seek health services.