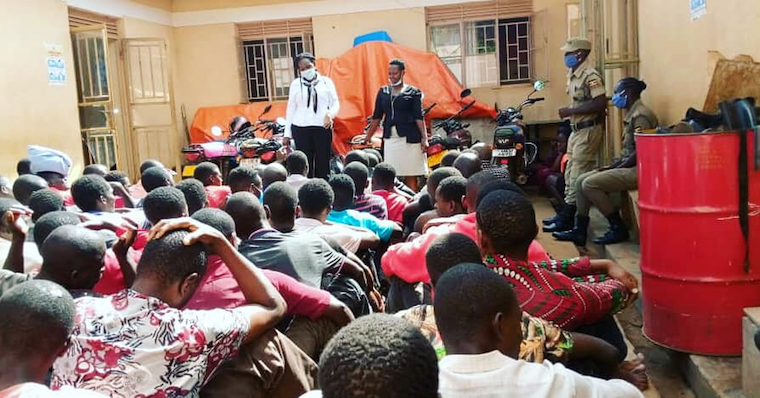 Uganda Police Force has released Shs 2.58 billion allowances for its personnel implementing the COVID-19 guidelines across the country.

Although latest statistics put the force’s numbers at 41,760, the chief of joint security, AIGP Brigadier Jack Bakasumba, has released allowances for only 25,977 people.

Bakasumba in his allowance message on Tuesday indicates that the money has been disbursed depending on the number of police personnel implementing COVID-19 guidelines in various regions and departments.

Titled "Payment of COVID-19 allowance", Bakasumba’s message shows allowances have been released based on someone’s rank or position. The paid out allowances are for 10 days though it is not clear whether other days had earlier been cleared or will be sorted on a later date.

“The funds for the payment of allowances for COVID-19 have been made as follows. Ten days at a rate of Shs 12,000 for [senior] officers and Shs 11,000 for other ranks. The beneficiary includes regions and departments,” states Bakasumba.

Even though police selected the COVID-19 enforcement from its various units, some units show all their officers incorporated in the joint security task force. For instance, Counter-Terrorism’s entire force of 4,483 was involved in COVID-19 operations, followed by Anti-Stock Theft Unit (ASTU) with 1,150 officers, 999 Patrol Unit with 289 and Air Wing with 36 personnel.

Because of having the biggest number of police officers working on the COVID-19 joint security task force, Counter-Terrorism has taken the biggest share of the allowances with Shs 496.9 million.

All the 1,074 police officers in Greater Masaka region are active since Kyotera and Rakai districts border Tanzania. Several truck drivers plying the Mutukula-Tanzania route have tested positive for COVID-19 making Greater Masaka one of the busiest policing regions. Rwenzori East has 827 police officers covering districts such as Kasese, Bundibugyo and Ntoroko.

In March, President Museveni instituted a raft of measures aimed at stemming the spread of coronavirus also known as COVID-19. Some of the measures include closing schools, halting both public and private transport and imposing an all-night curfew across the country. These measures necessitated the deployment of security forces to enforce them.

Uganda has since recorded 126 cases of COVID-19. In the region, DRC has recorded the highest number so far at 1,102 people followed by Kenya at 715 and Tanzania at 509. Rwanda's COVID-19 confirmed cases stand at 286 while South Sudan has recorded 194 cases. In Burundi, official figures indicate that a total of 15 people have tested positive to COVID-19.