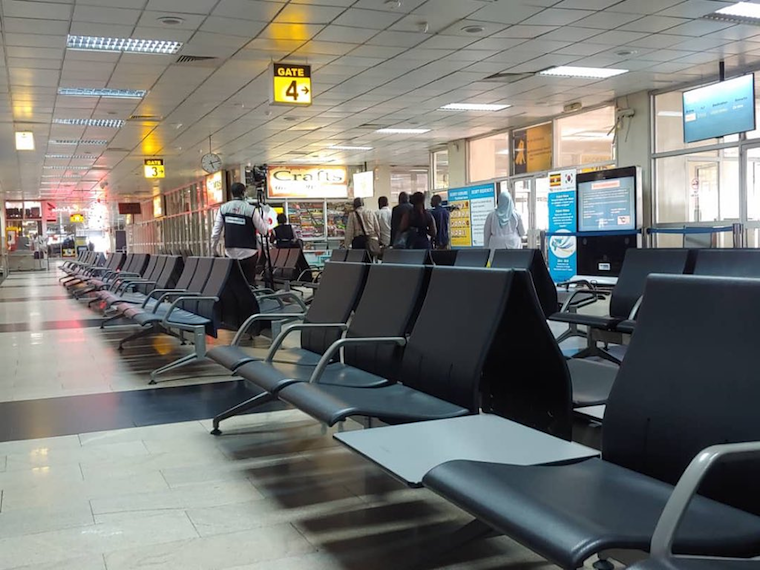 Up to 40 American nationals were flown out Uganda after the government cleared yet another flight for persons held in the country by ongoing COVID-19 lockdowns. They left Entebbe international airport aboard Ethiopian Airlines on Tuesday evening.

This is the third chartered flight for American nationals ever since the suspension of international passenger flights from Entebbe. Each passenger on the first flight paid $2,500 (about Shs 9 million) for the air ticket. According to U.S. law, departure assistance to U.S. citizens must be provided on a reimbursable basis.

“The U.S. Embassy has no plans to charter an evacuation flight out of Uganda but if we were to do so, the U.S. Embassy would require passengers to sign a promissory note for the loan and reimburse the U.S. government for the cost of the flight,” the embassy posted on its website.

Uganda suspended passenger flights on March 25 to control the spread of coronavirus disease-COVID-19 as most of the cases initially recorded were of persons flying in from abroad. From that time only emergency and cargo flights are allowed to land in the country.

However, nine evacuation and chartered flights have since been approved for nationals of foreign countries who were stuck in Uganda. So far up to 1,600 people have left Uganda for different countries, among them the United States and Germany. Rwanda's High Commission In Uganda last week called on Rwandans nationals who wished to be evacuated out of Uganda to register with the commission.

That is what a government - any government worth the description - does. It provides and caters for its citizens even at times of great peril.

On the other hand Mr. Museveni went as far as denying the right of return to Ugandans stranded outside the country during the covid 19 pandemic.

He even ordered that bodies of Ugandans who die from outside the country during this period cannot be returned for burial in Uganda. it is not only illegal, but also unconstitutional to take away any citizen's right of return home in such a manner,
Report to administrator
0 #3 WADADA rogers 2020-05-13 10:12
some countries care about their people, our Ugandans are being asked remain patient, may be forever
Report to administrator