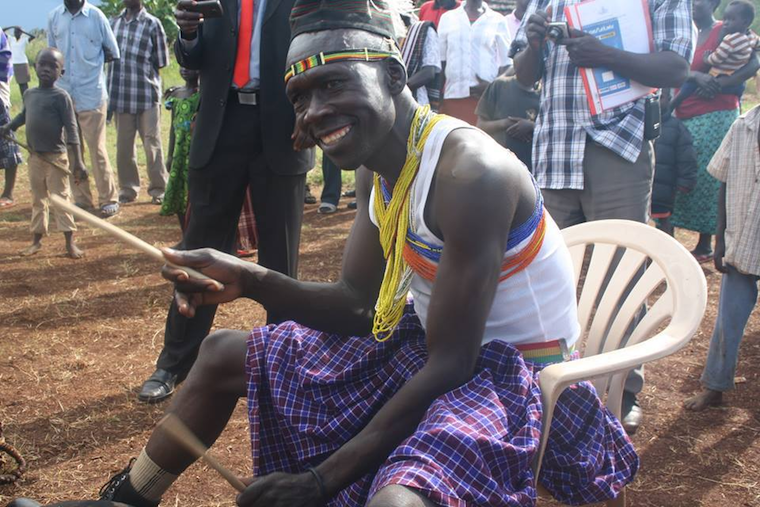 History shows that culture has overtime played a significant complementary role in rolling back national or global pandemics.

Ignoring it in designing public health measures to deal with Covid-19 could be a grave mistake. Infectious diseases have for centuries significantly affected how and where we live, our economies, our cultures and daily habits. They have changed our settlement patterns, the size of our communities, our marriage and funeral traditions, with many of these effects continuing to be felt long after diseases have been eliminated and epidemics controlled.

Despite this, there is a tendency to consider epidemics as purely health phenomena. But is a medical approach sufficient in tackling the multifaceted nature and effects of epidemics? Are the social and cultural contexts not equally important to consider? We argue in this short paper that culture provides an essential lens to understand epidemics, how people respond to them, and that strategies to deal with them should be shaped by a “cultural approach”.

Does culture have a role to play in responding to epidemics? Culture has recently been highlighted as unhelpful in tackling epidemics – thus President Museveni, during a recent televised update on the coronavirus (Covid-19) situation in the country, warned cultural leaders against misleading their subjects in the fight against the virus.

His warning followed reports that communities in northern Uganda had started treating the virus as an evil spirit, and had used their traditional techniques to scare the spirit away by banging drums, jerry-cans and saucepans. Ambrose Olaa, the Ker Kwaro Acholi cultural institution prime minister, however, clarified that “ryemo gemo” is not an evil practice but a mechanism for sounding communal alerts when faced with a grave situation.

This reminds us that we are “culturally- coded” from a young age and that culture therefore influences our response to epidemics. It informs the processes of symptom recognition, disease naming, help-seeking and how health systems (both “modern” and “traditional”) work.

Indeed, it has always been natural to seek explanations for the causes, remedies and responses to epidemics within our cultural frame of reference. Even before recent epidemics such as HIV/AIDS and Ebola afflicted us, culture has been at the centre of Ugandans’ search for ways to deal with epidemics.

Can one therefore seek another perspective on culture and our response to epidemics? The following examples illustrate how our cultural resources have proved important in such a response.

Isolation. In 1893, there was an outbreak of smallpox, locally known as namusuna in Luganda. Ugandans responded through “non-concentration”.

In Ankole, as President Museveni recently shared, this decongestion technique was known as Omuzze Gw’Omuti (the habit of a tree): before the colonialists named Mbarara town after a grass called emburara, it was called Omuti, after a large tree in the Ankole king’s palace.

It is reported that because of the high concentration of people around the palace, Mbarara was most affected with smallpox in Ankole. Banyankore people would thus warn each other to avoid the habit of Omuti – of being congested in one place.

Even the heir to the throne was evacuated to a village setting, where people were safer because they lived in isolation.

“The technique of dispersal once you know the characteristics of a disease isn’t new” President Museveni says, “there was no vaccine, no medicine but our ancestors had learnt the technique of ‘don’t concentrate.’ 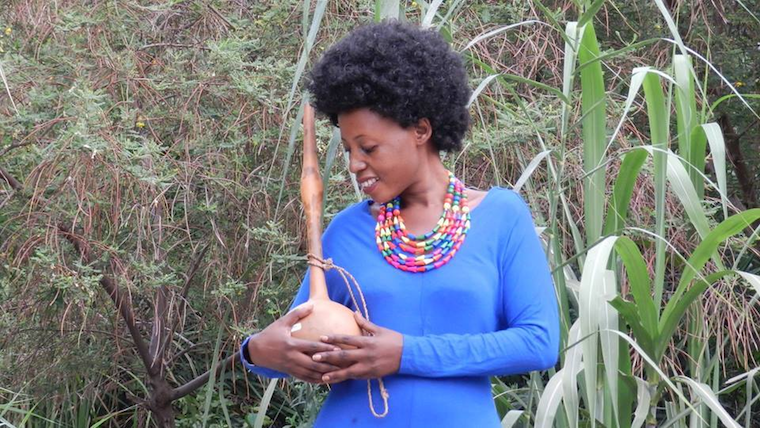 Even after the arrival of ‘western medicine’, culture continued to play a role: in 1921, when an English missionary, Leonard Sharp, arrived in Kigezi, the local population helped him to identify Bwana Island in Lake Bunyonyi where he set up a leprosy isolation and treatment centre.

Bwana is adjacent to Punishment Island (Akampene), a tiny island where unmarried pregnant girls would be abandoned to either starve to death or drown while trying to swim to the mainland. This was supposed to teach other young girls not to get pregnant before getting married.

In the Northern and West Nile regions of Uganda, cholera in the 1970’s was culturally addressed by mobilising people and advising them not to mix with the sick: “Reeds were placed on top of the roof of the house where a cholera patient was found, and nobody would be allowed to go there,” says Hon. Jackline Opar, the chairperson of Ocego Women’s Cultural Group and LCIII chairperson of Thatha Division in Nebbi district.

Nutrition. In central Uganda (Buganda and Busoga), smallpox, which mainly affected children, was treated by feeding the sick on traditional foods such as enkejje (the African sprat fish) obtained from Lake Kijjanabalola in Rakai district and Lake Victoria. Later, in the times of HIV/AIDS, eating traditional foods such as avocado, sprat fish and vegetables like dodo were, and are still being, encouraged as immunity boosters.

In Apac, the NGO Plants and Health Project explored how plants, rich in iron and with medicinal properties, could help address opportunistic diseases associated with HIV and AIDS.

The use of traditional food, combined with herbal medicine, proved to be an accessible, affordable and sustainable way to address some of the nutrition and health challenges facing people living with AIDS. Currently, with Covid-19, people are using local fruits such as lemons, nkogwe (termeric), ntuntunu (gooseberry), oranges, mangoes, etc to boost their immunity.

Herbs. Measles and smallpox in Buganda were treated using a herb known as kamyu (desmodium), a small itchy shrub plant that is boiled and the water given to the patient to drink. With malaria, a pungent plant called emopim (coleus aromatic) in Ateso, was used as an effective therapy against the disease, says Jonathan Maraka, an elder with the Iteso Cultural Union.

It would be boiled and the patient covered besides it to allow him/her to inhale its vapour for 20-30mins. Afterward, the patient would bath with its water and s/he would recover. 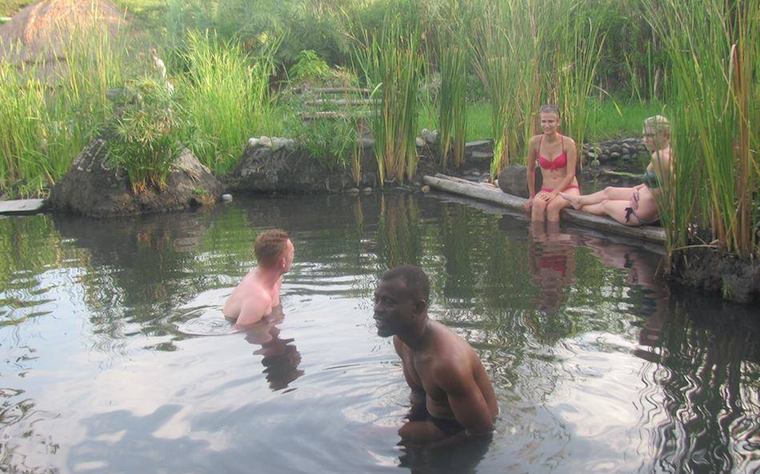 Similarly, for gonorrhoea, the Iteso used eekisim (acacia holstii). This thorny bush plant provided twigs, roots and leaves that were used in treating gonorrhoea and its wounds.

Another treatment for gonorrhoea was the epuuton (pseudo- cedrela kotschyi), a tree also used for making traditional stools. For cholera, in addition to the isolation technique earlier mentioned, people in West Nile still use a herb called dongo (a Swahili word for soil), and nunu, a white substance extracted from clay soil.

Nunu, which is found at Alwi sub-county in Pakwach, is mixed with cold water and given to the patient to stop diarrhoea and vomiting. A basin full of nunu currently costs Shs 10,000.

Spiritual wisdom. In the 1950’s, the Karamojong members of their akiriket (elders’ meeting point or shrine) exercised angolar, a practice used to cleanse/wash away a disease or bad omen, to address polio. According to Martin Odong, a member of the Karamoja Elders’ Forum, it is believed that this practice not only helped cleanse Karamoja of polio, but rid it of measles as well.

In Ankole, one of the remedies to skin diseases was the prevention of ‘okujwarirana’ (sharing clothes). In central Uganda, the NGO PROMETRA has been training herbalists to not only study medicinal herbs to treat HIV-related opportunistic diseases, but also sees spiritual healers, diviners, and faith healers as important contributors to patients’ sense of well-being: many patients freely confide in them, sharing their most intimate concerns, including those that are HIV/AIDS related, and in the process release stress and enhance their sense of security and hope.

Cultural actors. Employing the services of cultural resource persons has proved vital in the fight against HIV/AIDS. According to research by the Cross-Cultural Foundation of Uganda on the role of culture in the fight against HIV/AIDS in 2009, the use of clan heads by Kumi Local Government Community Development Department proved effective: “The rate of sero-prevalence in the district was high, mainly because of insurgency, displacement and confinement of people in camps, in addition to cultural practices such as polygamy and widow inheritance.

The importance of clan leaders and other cultural leaders in raising awareness about the dangers and effects of HIV/ AIDS and cultural practices like widow inheritance through funerals, meetings and others social gatherings proved effective in changing the local people’s attitudes towards the practice.”

Such experiences point to the need to take culture into account when designing public health measures to deal with epidemics. By being cognisant of people’s cultures and considerate of their previous experiences in dealing with similar circumstances, such measures become better rooted in the local context, rather than seen as imposed (and thus ripe for non-compliance!)

There is, therefore, a need for the relevant authorities to start recognising and supporting cultural initiatives in the fight against epidemics not only through research, documentation and publicity, but also by integrating our cultural resources in response strategies.

This can help us deal with the current Covid-19 emergency, as well as with other epidemics that may affect us in the coming years.

The Cross-Cultural Foundation of Uganda, April 24, 2020

0 #1 WADADA rogers 2020-04-29 14:31
I dont believe culture can help in curbing this, i think it would instead help in the spread of epidemics
Report to administrator