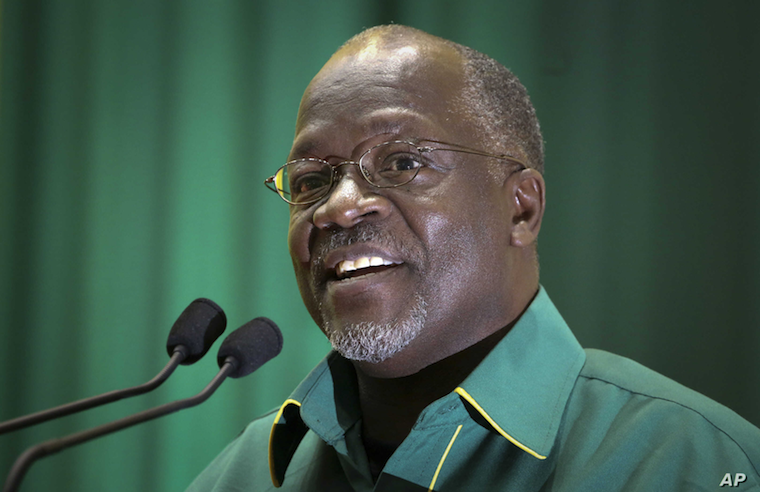 Reporters Without Borders (RSF) has condemned what it termed as continued harassment of journalists for their coverage of the coronavirus pandemic.
RSF says press freedom in Tanzania has declined steadily since 2016 when President John Pombe Magufuli came to power and has escalated further with the recent harassment of journalists and media houses.
For example, reporter Talib Ussi Hamad who works for the daily newspaper, Tanzania Daima has had his licence suspended for six months after he allegedly referred to a patient in his April 20 story without the patient's consent.
Mwananchi newspaper’s website licence has also been suspended for six months and fined Tsh 5 million (about Shs 8.2 million) for publishing a photo of President Magufuli out shopping surrounded by several people in apparent violation of the social distancing rules announced by the government. The authorities said the photo was taken before the coronavirus crisis. Mwananchi quickly took it down and issued an apology.

Also, cable TV operators – Star Media, Multichoice Tanzania and Azam Digital Broadcast have also been fined Tsh 5 million (about Shs 8.2 million) and ordered to broadcast an apology for seven days in a row for carrying a report by neighbouring Kenya’s Citizen TV that described Magufuli as “stubborn” for refusing to impose a general lockdown. Citizen TV and Radio were ordered to carry a live apology every hour for seven days if they did not want to have their licences revoked.

“Instead of using other methods such as issuing a warning or ordering the publication of a response, especially as these mistakes were quickly acknowledged and corrected, these extremely harsh sanctions are liable to contribute to the climate of fear that has taken hold in Tanzanian newsrooms since John Magufuli became president,” said Arnaud Froger, the head of RSF’s Africa desk.

“If the coronavirus crisis worsens, Tanzania’s journalists could simply refuse to continue covering this story, which would deprive the population of the independent reporting that is essential in order to combat the pandemic effectively.”

The World Health Organisation (WHO) has also condemned Tanzania's handling of the coronavirus saying the spike in cases was due to its lax response where the president has encouraged citizens to throng churches and mosques to pray for God's intervention to kick coronavirus disease out of Tanzania.

Tanzania has 299 confirmed coronavirus cases and 10 deaths. Magufuli said the reason he has not effected a total lockdown was because of the need to protect the economy from collapsing. There are unconfirmed reports that Tanzania is covering up and underreporting its deaths and infection rates.

The Tanzanian branch of the Media Institute of Southern Africa (MISA), which defends press freedom in the region, also issued a statement saying that a warning would have been “more appropriate and constructive” than the suspensions imposed in these cases.

0 #1 Amooti Mugi 2020-04-28 09:27
HE Pombe, media is part of the tools at your disposal for disseminating China Flu preventive measures and your regular updates to the Tanzanian citizens!!!

The media is very essential in the Chinese flu fight...It is one of the secrets to Uganda's success in fighting the disease.

Wake up! This China flu is a national security issue!!!
May God help the Tanzanians with wisdom to confront the disease
Report to administrator