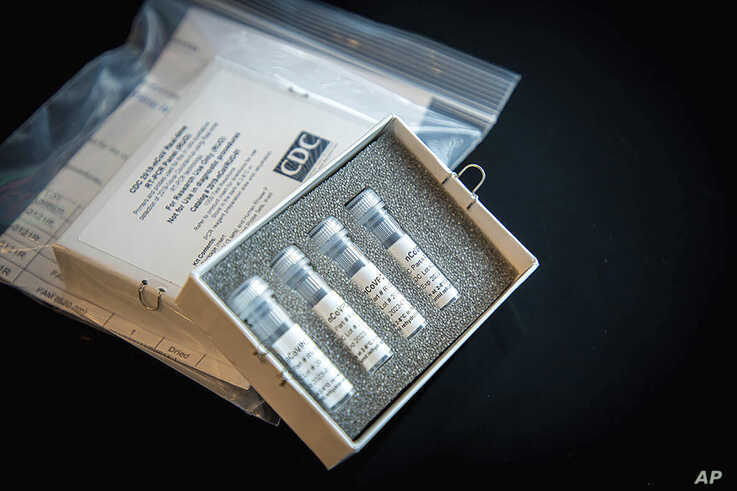 Uganda coronavirus cases have increased to 30 after seven new cases were confirmed today at the Uganda Virus Research Institute (UVRI) in Entebbe.

According to the ministry of Health, of the 225 samples run today, 218 samples tested negative. The confirmed cases are rapidly rising for a country that announced its first case only last week. On Monday this week, 8 new cases were announced, 5 on Wednesday, 4 on Thursday, 5 on Friday and now 7 on Saturday.

The ministry earlier said all the confirmed cases (before the latest new cases) were in stable condition except one who has had his temperature fluctuate unevenly since admission. The ministry says a cumulative total of 732 travellers from Dubai, UAE (within the past 14 days) have been listed. 169 of these under institutional quarantine.

Italy's total deaths due to coronavirus now stand at 10,023 cases. Spain which is also equally hard hit, registered 682 deaths on Saturday while the USA and France registered 295 deaths and 319 deaths respectively on Saturday.

COVID-19 is believed to spread from one person to another when one touches mucus or saliva droplets of an infected person and then touch their T-zone (eyes, nose or mouth).

That is why people are encouraged to distance from one another by at least one metre and also regularly wash hand with soap. The symptoms include dry cough, fever and shortness on breath.

they would better educate the masses on how to handle the pandemic rather than beating up people.....

So , I repeat that

a) Mukulu Museveni MUST lay off 50% of his cabinet .

b) All Presidential advisers must be EXCUSED immediately

d) Mobile Money tax should be suspened until further notice.

e) Central Bank should advise all comercial banks and all Registered Money Lenders to offer a 3 months period of grace for borrowers that may not be able to service their loans under the crisis.
Report to administrator
0 #4 Wooden K. 2020-03-29 12:02
f) the athorities should encourage perishable food traders to spread out into villages instead of the usual urbanized markets .

Prices will automatically be pushed down ; people will not feel the need to travel into the city or big towns

Or
g) Boda riders should start buying perishbales and dry ration from traders and sell the goods deeper into residential areas.
Report to administrator
0 #5 Wooden K. 2020-03-29 14:42
Hello Calvin Mugausira , it is not only the government (meaning Museveni) that is faling to do its job , even the media is asleep . Our journalist only wake up to report what has been said by so and so instead of suggesting what should be done. or not done

Look at what our beloved Monitor is doing !!!!
Why is it so important to report what Cameroonian muslims are not doing ?

Why not write about what Hon. Luttamaguzi and others are saying ?

Isn`t ironic that its tycoons ( who have either overpaid themselves or stolen from the poor ) that are the ones instructing our strugglers to bare their losses ?

I mean Kato Lubwama can still earn his 25 million a month even if he does not step out of his gates. What about the rest of the people in Lubaga South ?
Report to administrator
0 #6 Ampaire Musiime 2020-03-29 17:12
Most of the reactions above given the wrong audience have the potential to escalate the level of panic in the masses.

So, do we need to be concerned? Yes, but it is also important to note that the people being confirmed to have the virus have been suspected to be so and quarantined for close monitoring!

But most importantly, while I do appreciate that discipline is something that we do not have an abundance of as Ugandans; we need to master all the discipline we can if we are to get over this pandemic.

These soldiers, just like the doctors you are referring to, are putting themselves in harm's way. If we all observed this simple directive from the President; the beatings would not be necessary.

Currently we have this mentality that coronavirus will affect "them" not "us". But let me warm you; the virus is right at our doorsteps and with our weak health system; we are all starring death right in the face.

Let us stay home guys, please; no visitors and no visits. The decisions and steps you take right now will determine if you and your loved ones live to see the light of day.

The number of cases and deaths in Africa and in the next 2 weeks or even earlier, we will approach that tipping that all countries reach before seeing exponential rise in cases.

We are right on this path in Africa but with the right practices; we can modify and flatten this trajectory and the time is right now; not tomorrow.
Report to administrator