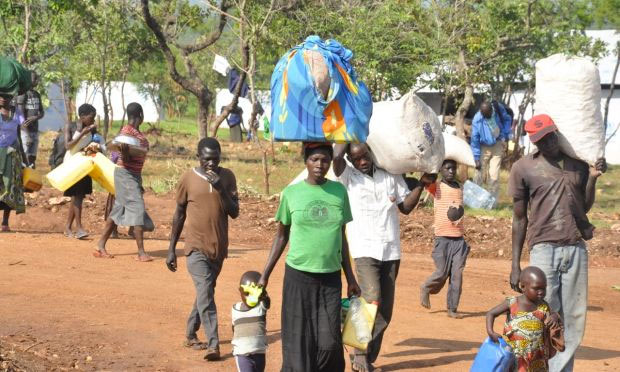 Uganda's open-door policy for refugees and asylum seekers has been suspended for 30 days with immediate effect.

The directive is contained in a joint statement released Wednesday by the government and the United Nations System in Uganda on Refugee Focused Prevention and Control Measures for the coronavirus (COVID-19).

Refugees who are already in the country will continue to receive support and solidarity in line with the guidelines issued by ministry of Health. According to the statement, the delivery of critical services such as health, food and nutrition assistance in the refugee settlements will continue with all possible and practicable precautions being taken including during food and cash distributions.

Uganda so far has 18 confirmed cases of COVID-19. Last week, President Museveni ordered for the closure of all border points and stopping entry and exit of all persons to and from Uganda.

According to the statement, all reception centres at the borders such as Sebagoro, Nyakabande, Matanda, Elegu, and Ntoroko as well as the department of refugees (DOR) offices in Kampala and Old Kampala police desk refugee office will also remain closed.

“UN agencies and their partners will provide immediate screening gadgets, adequate health workers and facilitation; strengthen coordination of preparedness and response efforts for COVID-19 at national and sub-national levels,” reads the joint statement.

The statement indicates that until March 21, 2020, Uganda was still receiving new refugees/asylum seekers daily and responding to protection and assistance needs of the new arrivals from mainly South Sudan, DRC and Burundi. The new arrivals, according to the statement were screened and registered before relocation to the settlements.

For now, government and the UN want all transit centers to be decongested and later closed.

“There must be no movement of refugees and/ or asylum seekers from one settlement to another. Back and forth movements between Uganda and countries of origin for purposes of farming, checking on relatives, among others are henceforth prohibited. Anyone who violates this guidance will be dealt with in accordance with the laws of Uganda,” the statement reads.

“All schools in settlements and host communities remain closed. UNHCR and other UN agencies will provide hand sanitizers and other relevant protective gear to frontline staff in all refugee settlements.”

Refugee desk officers and settlement commandants have been tasked to ensure that there is no crowding in the settlements and critical service delivery is managed carefully to minimize risks. In case of any suspected cases of COVID 19, isolation centers and quarantine spaces have been reactivated in all settlements.

“The ministry of Health in collaboration with RDOs and other stakeholders should institute surveillance mechanisms to detect any likely occurrence of corona virus among the refugees and host community population,” the statement adds.

As directed by the president, since refugees live like Ugandans, all measures being implemented across the country such as frequent hand washing, use of sanitisers, no mass gatherings, no communal, political and cultural activities, and banning of mass gatherings, shall all apply in the settlements within Uganda.