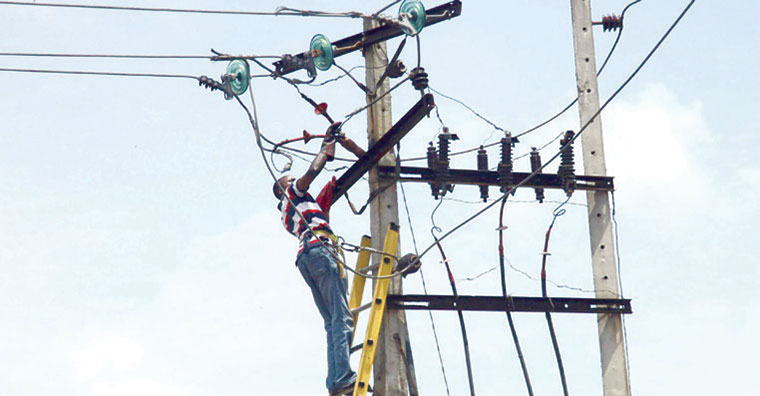 Christoper Tumuhimbise knows a thing or two about the price one pays for making an illegal electrical connection in a premise without a permit. A swift operation by enforcement teams grabbed Tumuhimbise, from where he was charged at the Standards, Utility and Wildlife court. In February 2017, Tumuhimbise was found guilty.

The penalty for such offences, under the Electricity Act of 1999, is a fine not exceeding 20 currency points or imprisonment for a term not exceeding two years or both. Each currency point is worth Shs 20,000. Government has recognised that the financial penalty is small, and plans are underway to raise the amount.

Electrical connections by uncertified wiremen – known as kamyufu in the local language – has grave consequences. The risks of electrocution and a premise catching fire are high, all of which can easily lead to death.

To avoid this scenario, the Electricity Regulatory Authority, through an initiative funded by the World Bank under the Ministry of Energy and Mineral Development, kicked off a countrywide campaign called PawaKapo to encourage all qualified but unlicensed electrical technicians to take up free certification training while also sensitizing house owners of the need for safe house wiring and testing.

The PawaKapo media campaign is expected to attract participation of several hundreds of un-certified technicians for the planned regional trainings and certification that shall commence in April 2020.

Beyond limiting the risks of electrocution, the PawaKapo campaign intends to build the industry of certified wiremen, who then can duly support government’s programme of getting more people connected to the national grid for free. Government intends to have at least 60 per cent of the population connected to the electricity national grid by the year 2040, from the current 26 per cent.

Under government’s free power connection policy, the target is to have 300,000 connections per year for the next 10 years from the current average of 70,000. A customer can get a free connection if the premise is located within 30 to 90 metres from an existing distribution network. Customers are only asked to pay an inspection fee and ensure that their houses are wired by a certified electrician.

Certified wiremen also lead to a drop in power thefts and other technical losses, ultimately making power more affordable due to a reduced loss factor. While challenges still exist in rural areas, where the numbers of people who are connected to the national grid remains lower than those in the urban areas, the introduction of new technologies will gradually narrow this gap.

Some of these newly introduced power access technologies are the Ready Boards. The Electricity Regulatory Authority is promoting the installation of  Ready Boards, especially for the poorer households to meet their electricity needs. A Ready Board is a portable low-voltage pre-wired installation in a box that comes with a switch, a Light Point, and socket outlets, that can be installed on a premise.

Ready Boards provide low-cost, affordable, portable, safe and easy-to-use solution for electricity installation by low-income earners, especially in rural areas for residential and commercial buildings. The Ready Boards are intended to provide a cheaper alternative to the conventional house wiring.

The above efforts in the distribution segment come on the backdrop of impressive work in power generation segment. The Electricity Supply Industry has grown in terms of installed capacity and transmission line length, and customer connections.

The total installed capacity has shot up to 1,254.2MW as of December 2019, from 380MW in 1999. The planned commissioning of the 600MW Karuma hydropower dam sometime this year will push up the installed capacity to more than 1,800MW.

Evacuating this power remains a critical component for the success of the industry. The generation of power has created the need for investments in the evacuation infrastructure in terms of power lines and the receiving substations.

Due to the limited available capital for investment in line extensions for industrial consumers situated away from the existing grid, the Electricity Regulatory Authority introduced a Rebate framework, where a consumer is compensated for approved investments in line extensions undertaken as part of customer connection installations.

These external or consumer-focused innovations, on top of internal or sector-focused innovations such as the introduction of a uniform system of accounts for better financial reporting by the energy supply companies, the Electricity Regulatory Authority was for the second time running voted the winner in the Electricity Regulatory Index for Africa 2019, released by the Africa Development Bank.

This success has attracted other regulatory authorities from countries such as Zanzibar, Ghana, Malawi, Somaliland, etc. to benchmark Uganda’s electricity supply industry. Away from winning awards and policing the industry, the Electricity Regulatory Authority remains sensitive to the environment, and has engaged in a comprehensive tree planting project as part of its social corporate responsibility programmes. The construction of power projects comes with clearing of land and disrupting water systems, all of which are needed to develop the project.

Recently, the Authority set out to restore 60 hectares of tree cover in the catchment areas of rivers that host hydropower projects in four regions.

“The trees planted are expected to support the water cycle in the wetlands that feed into rivers, thus ensuring access to clean water for communities and sustainable renewable energy supply,” Mr. Richard Santo Apire, the chairman of the Authority, said at the launch of the tree planting exercise in Ongom central forest reserve in Alebtong district.