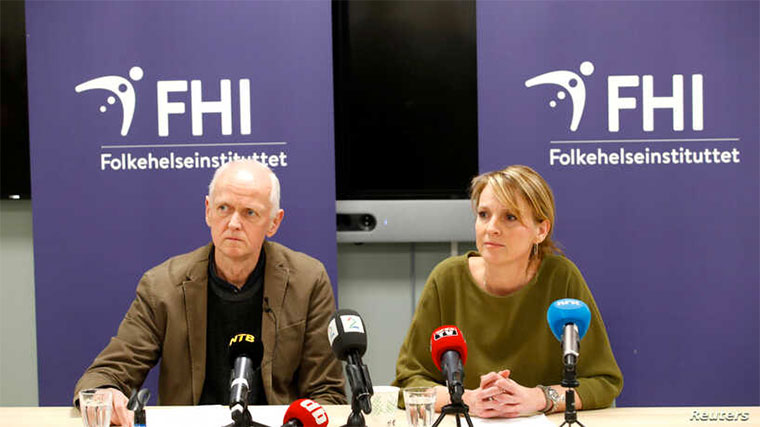 Officials in Norway's Public Health Agency, Geir Bukholm and Line Vold, speak during a news conference about the spread of the coronavirus

Norway's Public Health Agency (FHI) said on Wednesday that one person had tested positive for coronavirus and was being kept isolated at home, in what was the country's first confirmed case.

The person had returned from China late last week, but did not appear ill and was unlikely to infect others, the agency said.

"This person is not showing symptoms but ... was tested after returning from the region of China where the outbreak began," FHI director Line Vold told a news conference.

The number of new infections inside China - the source of the outbreak - was for the first time overtaken by those elsewhere on Wednesday as the virus spread to a growing number of countries.

The disease has infected about 80,000 people and killed more than 2,700, the vast majority in China.