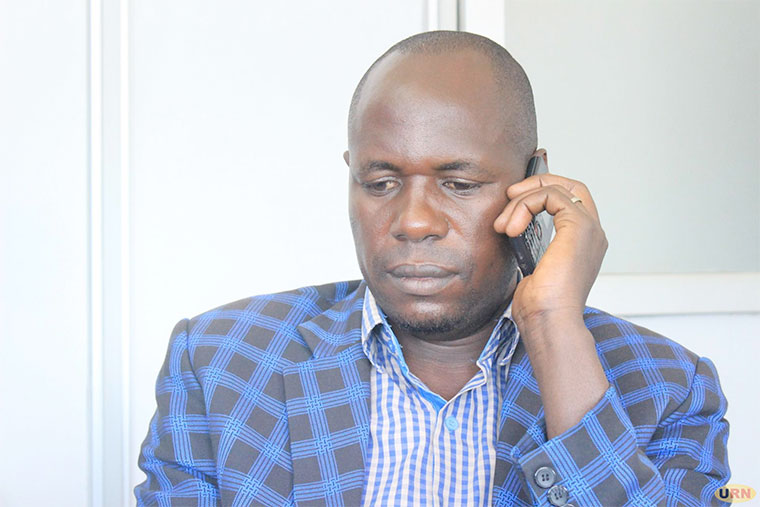 A couple has run to court seeking compensation of Shs 600 million from Church of Uganda and Kampala Diocesan Secretary for alleged financial loss and mental breakdown they incurred as a result of the cancellation of their wedding, 48 hours to the event.

Through their lawyers of Mujurizi, Alinatwe & Byamukama Advocates, Benson Muhwezi and Sophie Akankwasa, the couple accuses the Registered Trustees of Church of Uganda and Kampala Diocesan Secretary of negligence when they went ahead and cancelled their wedding basing on ' mere rumours.' The couple says it went through all the necessary requirements for holy matrimony including the banns of marriage for 21 days as required by law.

On November 28, 2019, the couple says “without a valid reason and without fair hearing,” their wedding was halted following a directive from the Kampala Diocesan Secretary, Reverend Canon John Awodi.  The action, they say, landed them into irrecoverable losses as they had already paid all service providers.

URN has seen a copy Awodi’s letter to Rev Kenneth Karyeija, the vicar St. Stephen’s Kitara Church of Uganda. He directed him to halt the said wedding pending the resolution of matters, relating to Muhwezi’s alleged customary marriage with a one Sarah Kemigisha.

“Due to these issues, therefore, I direct that the said wedding be put on hold until these matters are amicably resolved. I also request that you furnish this office with all documents that have been tendered by the said Muhwezi Benson and Akankwasa Sophie as soon as possible,” said Rev Awodi.

Warning that “Going ahead with this wedding prior to the matters being resolved shall be an illegality.”

The couple’s lawyers note that it is a result of this directive, their wedding was cancelled.

“As a result of the said acts, our clients went through mental breakdown, anguish and devastation plus being named thieves from people who have given contributions for their wedding reception. Our clients believe they are entitled to damages from you for your acts and omissions,” says Tumwesigye in the demand notice.

The notice issued on Monday, February 17 also wants the church to publish an apology to the couple and pay them legal fees of Shs 10m.

“In the unlikely event that you do not honour this polite notice within 14 days from the date of receipt, our firm instructions are to commence civil proceedings against you at your own cost, peril and embarrassment,” the lawyers add.

The couple’s lawyer, Tumwesigye notes that the cancellation of a wedding after three banns of marriage announcements was malicious and intended to financially cripple his clients, having paid almost all service providers for the function.

"A wedding is where someone is preparing himself to be in that glamour or to be in that mood. Financially, you’re trying to look after your visitors. In 48 hours most of the weddings, you have paid 98 per cent of your service providers and then somebody cancels such a kind of wedding. My client tells me he had budgeted for 1,000 people. That is a wedding which I can say was not less than Shs 800m, and you cause a breakdown of such a wedding on mere allegations which have no proof. The church should come and pay damages to my client and compensate them for emotional breakdown and embarrassments that they took them through in the eyes of the public." Tumwesigye said.

Muhwezi explains that he met his would-be bride, Akankwasa in 2014 and started a relationship. Having cohabited with Akankwasa, now with two children, Muhwezi sought to marry her through a church wedding. He disclosed that his issues were discussed extensively by the church leaders at St. Stephen Kitara Church of Uganda in Katwe and was guided that his old relationship wouldn’t affect his wedding. It is this assurance that made him start the process of formalising his marriage with the full blessing of the church.

“But since I was a Moslem, we were advised that I convert and follow the church requirements. I got baptized on October 25, 2019 and was confirmed on November 3rd, 2019. I had been preparing for my wedding with Sophia Akankwasa until Sarah raised an objection,” Muhwezi contends.

Our reporter visited St. Stephen Kitara Church of Uganda along Entebbe road where the church leaders acknowledged the matter but insisted that they couldn’t proceed to wed the couple since there were contentious issues to sort out as raised by their superiors at diocese.

“Even on a wedding day itself, we can stop the wedding as long as someone comes up to object to the marriage,” said an official in the Vicar’s Office at St. Stephens Kitara Church of Uganda.

But Muhwezi says the church leaders had taken him through the requirements and explained to him that since he had not been married to his former lover, it wouldn’t affect his wedding to Akankwansa. He says he is currently running around to clear debts of a wedding that never took place. His lawyer, Tumwesigye says there was no proof leading to the cancellation of the marriage.

"First of all, there was no proof that customary marriage had happened before. My clients had gone through all the requirements to be wedded in the laws of Uganda. Once someone has been announced in church for 21 days, there is nothing that stops that person from wedding. Actually you would rather wed that person and if there is a complaint then that person goes to court to declare that wedding a nullity than cancelling the wedding of the person. Because by the time a person decides to do a wedding, they have invested a lot, they have put in a lot of money," Tumwesiye added.

The November 27th 2019 protest notes were written to the provost vicar All Saints Cathedral, Nakasero. In one of the letters, Elizabeth Nantale Mutabazi, Kemigisha’s mother Muhwezi claimed that her daughter was married to Muhwezi on July 15, 2003 in a customary marriage.

She claimed that Muhwezi paid bride price of three cows and a goat on July 15, 2003 at a function at her home.

“As is the culture and practice, if there are issues affecting their marriage, I request that you help them,” noted Elizabeth Nantale Mutabazi.

However, Mutabazi in another handwritten letter denies ever entering any customary marriage with Kemigisha, saying the only time he ever stepped in her parent’s home was when she lost her father.

And why on earth should some people spend hundreds of millions of shillings in the name of a 1-day ceremony?

No wonder, most marriages conducted in a showbiz, opulence and decadence collapse in no time, and the matrimonial relationship end up as hellish as hell can be.
Report to administrator
0 #2 Amooti 2020-02-25 11:44
I quote, "Because by the time a person decides to do a wedding, they have invested a lot, they have put in a lot of money," Tumwesigye added.

A wedding does not need millions, it is exchanging vows and rings full stop. You can have a reception without a wedding, it is an After party of a Wedding.
Report to administrator