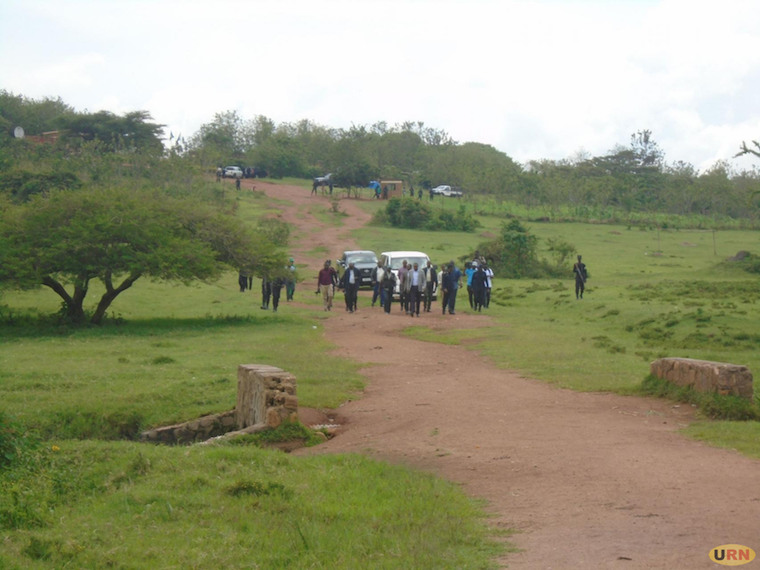 Three Ugandan businessmen have been arrested and detained in Rwanda. The three include Bosco Nkwasiibwe, a resident of Kamwezi sub-county in Rukiga district, Dauliano Orikurungi from Kabale district and Siliaco Orishaba from Rubanda district.

Peninah Karungi, a wife to Nkwasiibwe told our reporter on Sunday that the victims were arrested by Rwandan security operatives on Thursday morning. She adds that their captors also confiscated an unspecified amount of Rwandan Francs from the victims.

Rukiga district vice chairperson Jackson Muganiizi says that the victims were arrested from Kamwezi while crossing back into Uganda from Nyagatare district in Rwanda, where they had gone to visit their relatives. He adds that the three are now detained at Nyagatare district headquarters.

Their arrest comes at a time Uganda and Rwanda are negotiating the possible re-opening of the border at Gatuna, which has been closed for now a year.

Rwandan President Paul Kagame and his Ugandan counterpart Yoweri Kaguta Museveni held a meeting on Friday at Katuna border mediated by João Lourenço, the President of Angola and the Democratic Republic of Congo’s President Felix Tshisekedi as part of the resolutions of the quadripartite summit held in Luanda, Angola on February 2, 2020.

The meeting recommended that Uganda within one month verifies allegations of harbouring dissidents hostile to President Paul Kagame's government.

The summit also resolved that once the recommendation is fulfilled and reported to the heads of state, the facilitators will convene within 15 days, a summit at Katuna for the solemn reopening of the borders and subsequent normalization of the relations between the two countries.
But on Saturday, Olivier Nduhungirehe, the Rwandan minister of state for Foreign Affairs in charge of the East African Community Affairs said in a tweet that the border will only open if Uganda takes measures against armed groups in a one-month period.

Since the border closure, several Ugandans and Rwandans have been arrested and shot by Rwandan security for their alleged involvement in smuggling.

They could be smugglers or the regime's spies.
Now Rwanda has even imposed an embargo on Tilapia fish from Uganda because of the Tilapia disease. .
Report to administrator
0 #3 Lakwena 2020-02-25 08:04
It is coming to a year since Rwanda has cut ties with Uganda and closed her door in our faces, what do these Ugandans still want in Rwanda?

This arrest is a concrete evidence that Rwanda or Rwandese are no longer interested in their relationship with Uganda.

In other words, Kagame is telling Ugandans and their "Problem of Africa", Mr. M7 to get lost.
Report to administrator