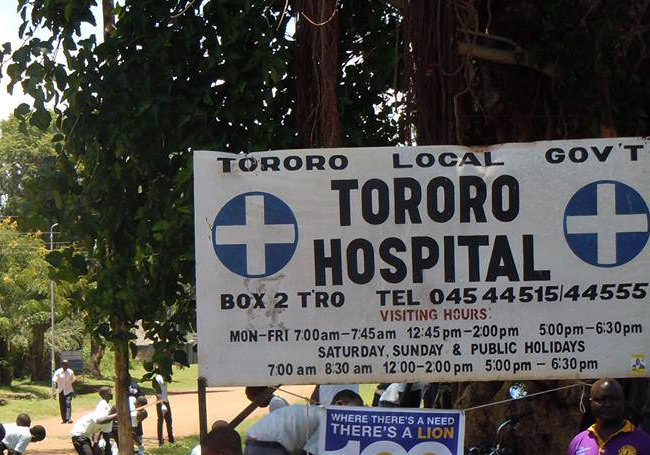 Police say the trio was arrested on Tuesday in connection of theft of over 2000 Dexamethasone sodium phosphate from Tororo hospital stores valued at Shs 34 million.

Rodgers Chebene, the district police commander told URN that the police got information from an informant who suspected that government drugs were being smuggled and taken to Obbo’s new residence in Bison B in Tororo municipality using the Tororo main hospital ambulance.

He said that the trio will be charged with unlawful possession of government drugs  among others.

-1 #1 Wainanchi 2020-02-20 08:40
These things should be carmcertrated, balls chopped off or sent to Luzira for minimum of 10 years.
Report to administrator
0 #2 WADADA rogers 2020-02-20 12:56
I keep telling those who care to listen that if indeed God exists and Jesus was truly his son, there will never be anything like going to heaven, why, all over us are evil and dont deserve a seat in that place that they call heaven if it does exist.

Imagine the medicine in these medical facilities is intended for those who cant afford to purchase the drugs, they people end up dying because the medicines are stolen and sold to those who can afford them, the poor end yo dying.
Report to administrator
0 #3 WADADA rogers 2020-02-20 13:01
For your own information, drug thefts in Tororo Health iv is not an isolated case, it is the case every where.

In some medical facilities, NMS delivers empty boxes are the same acknowledged by hospital staff as having received the drugs.

Even when the drugs are dropped at these medical facilities, they are either of low quality or panadols, the real drugs dont even leave the main stores or are never procured at all. If by accident these drugs are delivered, they are immediately stolen using ambulances and sold elsewhere.
Report to administrator