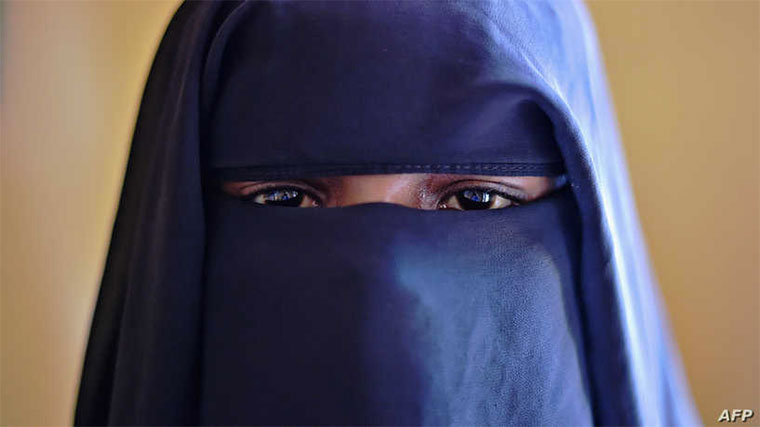 FILE: A Somali girl, 14 who was raped by a tuk tuk driver in Mogadishu

The family of a 12-year-old girl who was raped and murdered has welcomed the execution of two men convicted for the crime in Somalia’s northeastern Puntland region.

The father of Aisha Ilyas Aden said he was relieved the culprits have paid the price.

Aden said the punishment will deter rape against Somali women.

“There will be a strong lesson from this case,” he said. "Somali girls will be safer."

The girl was abducted near her home, gang-raped and then brutally killed in the town of Galkayo in February 2019.

The rape and murder of Aden sparked widespread public outcry and calls for justice. The hashtag #JusticeforAisha trended, while many chose to use her photo as their social media profiles.

Authorities in Puntland arrested ten men in connection with the case. Their trial became the first televised rape trial in Somalia and the first in which DNA was used to obtain a conviction. Authorities said samples taken linked the three men to the murder and rape. The other seven were acquitted.

Aden went missing on February 24, 2019 between 7 and 8 am when her mother sent her to a market to do some shopping. She was kidnapped and ended up in the house of a neighbour. The neighbour, Abdishakur Mohamed Dige, lived in that house with his mother. The two other defendants were neighbours.

One of the men executed Tuesday, Abdifatah Abdirahman Warsame, confessed to participating in the rape but denied involvement in her killing. He told the court that on the day of the kidnapping, Dige who took him inside his house and showed him Aisha, tied up in a room. He said he was convinced by Dige to participate in the rape.

Warsame said that when he left the house, Aisha was still alive. He said Dige later told him he had to kill the girl in order to avoid being identified. Early the next morning, Aden’s body was found near Dige’s home. The prosecution showed photos of the victim’s body badly tortured, bruised and mutilated.

In May last year, the court convicted the three men for the crime, and sentenced them to death. In August last year, a higher court upheld the death sentence. The Puntland region’s leader Said Abdullahi Deni then signed off the execution.

Warsame testified that his brother, Abdisalam, was not involved in the rape and killing of Aden. He identified another man he says participated in the gang rape. Aisha’s father who witnessed the execution of the men said he personally checked their pulse to make sure they were dead. He said the two men asked for his forgiveness before their execution.

Human rights groups said the killing of Aisha was a “serious and horrific crime” but says Puntland needed to “credibly investigate and prosecute the crime” in honour of Aisha.

"We called for justice at the time, but also raised concerns about provisions in Puntland’s sexual offences act which include the death penalty,” Laetitia Bader, a senior researcher for Human Rights Watch. She said the death penalty is worrying in a context in which abuses of due process are frequent.

“Even in the most established judicial systems, due process abuses occur, particularly in high-profile and contentious cases like this one,” she said. “So Puntland should be seeking to end its use of the death penalty, even if that is an unpopular move, not the contrary.”