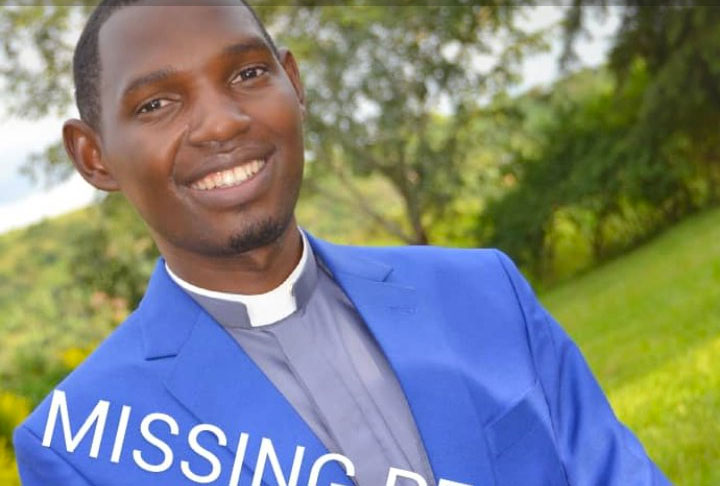 The vehicle of Rev Deacon Isaac Mwesigwa who was kidnapped on Sunday has been recovered.

The car, a white Raum car registration number, UAR 468D was recovered on Tuesday by residents in Sonde parish, Seeta in Mukono district.

Rev Mwesigwa of Kasaka – Gomba Central, Buganda Diocese and a student at Uganda Christian University (UCU) was kidnapped on Sunday at around 9:00 pm in Mukono and his car taken.

According to sources at Mukono police station, when the alleged kidnappers received information that they had been captured on Circuit closed Television (CCTV) cameras along the Jinja highway they abandoned the car.

Police sources further add that there were bloodstains inside the vehicle. Deputy police spokesperson for Kampala ASP Luke Owoyesigyire refused to divulge more details. He, however, says that the car was towed to Mukono police station.

0 #1 WADADA rogers 2020-02-12 10:57
Blood stains, for what, may be it was chicken blood to disguise but i do not think any right thinking kidnapper would harm their victim after realising that they have been captured on CCTV, This Reverend must be alive, he will come back with minor injuries.

I hope he was not part of the ploy to be kidnapped. Otherwise, it is self defeating to kidnap a man from whom you cant get a ransom, whoever did so should have known the reverend at a personal level.

i dont think the kidnappers are hiding him anywhere near Sonde, i think the intention was to confuse police so that it takes a wrong direction
Quote | Report to administrator
0 #2 WADADA rogers 2020-02-12 11:01
The Reverend deacon Isaac Mwesigwa will come back alive, I am only wondering which kidnapper acted with stupidity to kidnap Reverend, they never have money, many of them come from very poor backgrounds.

It is this reason that i doubt if the kidnappers really wanted money, otherwise, they would have called demanding for the ransom atleast from the university.
Quote | Report to administrator
-1 #3 Wainanchi 2020-02-12 12:12
As usual anti NRM thugs are rushing to post comments and pretend they are Judge Judy.!!

It is shocking to hear now that Reverend priest has been kidnapped Of course he was unarmed and is Man of God.

Imagine if Ltc Juma Seiko who was attacked just few days ago was unarmed and did not react as an experience soldier of the rank of Lieutenant Colonel.!!

Ltc Juma Seiko was good and disciplined officer and reacted instantly as any good UPDF patriotic officer could do.Prevent thugs from hurting,killing or hijacking him
With UPDF officers there is no joke

You dare to attack and then face the music! Keep of things from good and disciplined soldiers and security personnel or else.....Dare to attack them and threaten them !!!!!
Quote | Report to administrator
+1 #4 WADADA rogers 2020-02-12 18:16
Thanks be to the teachers who taught Wanainchi, they really wasted their time in teaching him to do things upside down, he goes off topic at leisure and he see nothing wrong in doing the wrong things, what has NRM got to do with this incident, how about Juma Seiko,

I have concluded that Wanaiinchi falls in the category of the likes of Otto, always looking for fights, i ask the members in this fora to ignore Wanainchi today, he will probably understand the importance of sticking to the topic
Quote | Report to administrator
Refresh comments list
RSS feed for comments to this post
Add comment