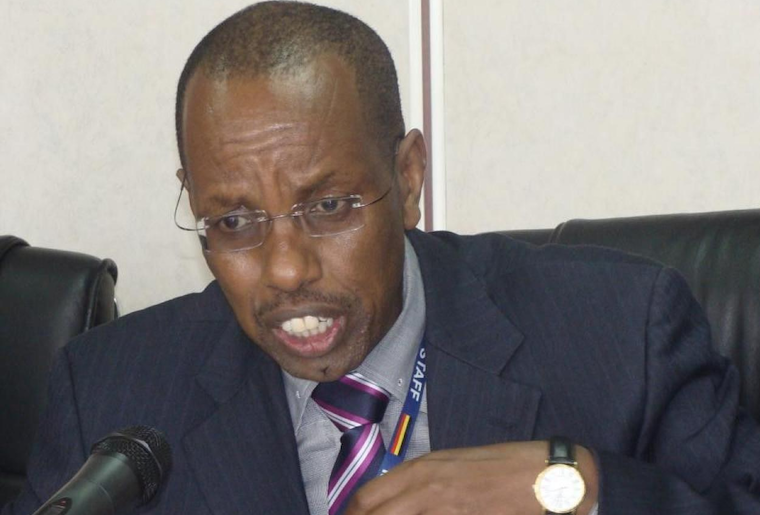 Permanent secretary and secretary to the Treasury Keith Muhakanizi

The increment in the debt stock raises questions over the government’s ability to pay back at the time when government revenues are registering shortfalls. Uganda Revenue Authority last week reported a shortfall of Shs 700bn for the first six months of this financial year and government has indicated it depends more on borrowing to fill the gap.

According to the report, government will prioritize the issuance of longer-term debt when borrowing in the domestic market to give it flexibility on payments. As a result, the share of longer-term dated treasury instruments (treasury bonds) in public domestic debt has been increasing over the years, says the report.

“This is consistent with government’s decision to issue more long-term debt so as to reduce the refinancing risk associated with the [debt],” says the report.

This means that government will reduce borrowing on a three, six months and one-year basis and borrow more for between 5 and 20 years.
Still, Uganda’s interest payment has for the last three years been the biggest expenditure in the budget. According to the budget framework paper for the 2020/2021, at least Shs 10 trillion will go to interest payments.

Last August, Bank of Uganda said the country's capacity to manage its growing public debt will depend on the country's ability to export oil by 2023. This target will mostly depend on how fast government can reach common ground with oil companies.

The report says the major driver of the increase in Uganda’s debt over the last five years has been infrastructure development. The other notable contributor to rising debt levels has been the average real interest rate on public debt.

“This is consistent with the increasingly less concessional [cheaper] external debt being contracted by government,” the report says.

+1 #1 Kabayekka 2020-02-11 08:12
Well then what seems clear is that the people of this country are unable to build and mantain the country's infrastructure.

The best alternative is to borrow enough foreign currency and pay overseas companies to do these jobs.

Really Uganda has many engineering graduates who can do these jobs on a forced national service of about 2 years! Otherwise the children and grandchildren must be prepared well to pay these debts by the year 2067!
Report to administrator
0 #2 WINNER 2020-02-11 08:41
We will pay as far away as our great grand children meaning living in Uganda will forever remain a nightmare created by the reckless Museveni regime.

The much acclaimed infrastructure don’t even serve the interests of the poor majority.

What is the point of having electricity poles running over grass thatched huts, tarred roads running through villages with nothing to export, the so-called tarred roads develop potholes before they are handed out? In short there is no value for money.
Report to administrator
0 #3 Lakwena 2020-02-11 08:59
In other words, under Mr. M7, corruption is budgeted for (concealed within the budget), hence the incessant borrowing. E.g., the ballooning of the 2021 Election Budget from Shs.400 billion to over Shs.800 billion is not a silly mistake, but a well planned corruption.
Report to administrator
+1 #4 Kirya 2020-02-11 09:00
Time to hold m7 and his family of thieves
accountable. Enough of the national robbers
.We are tired of the Bushmen.!
Report to administrator
+1 #5 WADADA rogers 2020-02-11 12:54
Our entire gnenration has done one thing with all hoestyy, accumulate debts that our children and our grand children will pay through the nose, most of this money has been misused, stolen and used to keep some people in power, we hope that future presidents will attach these properties and investments acquired using public funds.

It hurts that to date, we are still borrowing, indeed we have really "invested" in things that will soon mortgage our country to IMF and the Chinese.
Report to administrator
+1 #6 WADADA rogers 2020-02-11 17:12
The other day i saw Muhakanizi being cagey with information regarding the public debt while he was in Parliament, you may think it is a secret only a few should know but certainly, that is a very bad prescendent, even Amin Dada was never that extravagant
Report to administrator
0 #7 Lysol 2020-02-11 21:47
The corrupt regime always borrows to sustain it's unrealistic lifestyles and to sustain itself in power for life.

It has always played the the Chinese against the West to borrow in the name of useless investments. . Interesting times are ahead.

Unfortunately, Uganda taxpayers will bear the burden to pay off those debts when the corrupt leaders are gone from power.
Report to administrator
0 #8 rubangakene 2020-02-11 22:30
What do you expect? We have got 'goons' trying to run a country.

For example, they dole out tax incentives to dubious foreign companies (who bribe individuals) and these companies d'dance around them and siphon the dollars back into their country.

They hardly pay any taxes, or they companies fail and they leave us the tax payers with the debt burden. It is a high time something is done about this treasonable act by government officials.
Report to administrator
0 #9 MuwangaTheUgandan 2020-02-12 03:05
Our corruption where corrupt officials get kiclbacks on loans acquired is taking us under.

Like if we borrow $100m, 30% of this is shared by those that make the 'deal' happen. National loans have become "individual deals".

World Bank, IMF and now China are always happy to have us indebted. Our grandchildren will surely wonder what we were thinking. We need to put a stop to this.

"The African as a debtor will have no justification to start “clamouring for Independence” from exploiters like it happened in the 60s." - Sengooba Nicholas.
Report to administrator