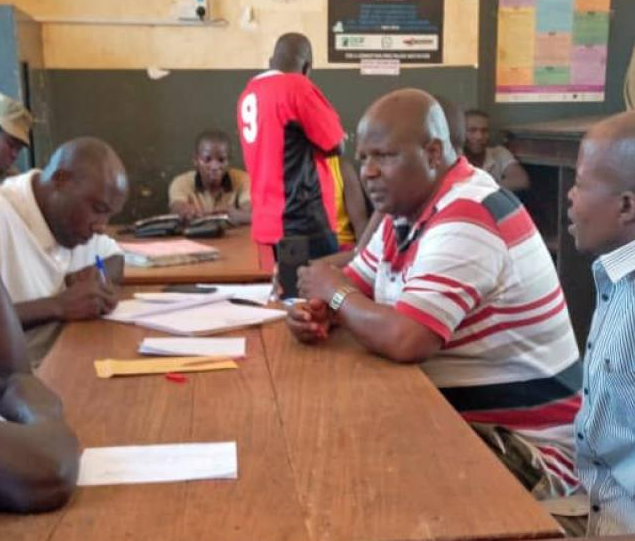 The flamboyant Seiko was arrested and taken to Kawempe police station on charges of attempted murder after he opened fire when a driver of Fuso truck registration number, UAF 293T knocked his vehicle, a Toyota Alteza registration number UBD 890H. Seiko was heading towards to Mbuzi off Gayaza road.

According to eyewitnesses, following the accident, Seiko blamed the truck driver, Ali Jjuko for the accident and ordered him to "sit down."  Jjuko reportedly defied the 'order' and told Seiko to wait for traffic officers to sort out the issue. It is at this point that Seiko allegedly shot Jjuko in the leg.

Angry residents who had watched the altercation all along then pounced on Seiko and attempted to lynch him, blaming him for misusing his gun. He then fired more bullets that hit Joseph Lule (a taxi driver) and Zimula Kasirye a bicycle taxi rider. The identity of the fourth victim wasn’t readily available.

Seiko was arrested and taken to Kawempe police station where he was disarmed before being directed to record a statement. He was later released on police bond. Seiko said shortly after being released that he opened fire in self-defense because the injured wanted to grab his pistol.

"Even if am armed and I see somebody has pulled a gun, I keep off because you never know. But this man wanted to grab my pistol and he bit me. How do you bite an officer? How do I fight a big crowd because I did not have an escort?" Seiko said.

Seiko is not new to cases of gun misuse. In 2019, his former bodyguard Alex Cherotich was sentenced to 35 years in jail for the murder of boda boda riders Lameck Ogwang and Fred Sembatya who were shot dead at Seiko’s home in Nakaseo in 2016.

These are the Untouchables in Uganda's NRA...One Kulaigye warned Everybody to keep off their Soldiers..because they are bound to Shoot to Kill..of Course with Orders from Above..Uganda Died and was Buried with MV..Palmer on 24.11.18
The Locusts are just Sealing the Coffin..
Report to administrator
-1 #12 Paul K 2020-02-11 08:33
Someone should have shot him in self defence.
Report to administrator
0 #13 Wainanchi 2020-02-11 10:29
We applaud gallant UPDF Ltc Juma Seiko for defending himself.

He did the only thing he could do at time to defend himself since UPDF NRM high ranking peopmevare marked as targets.

Why did the truck hit Ltc car and was it on purpose wanting to stop him and others waiting for their chance to attack him.

We hear rumours that Ltc was physically assaulted and warned that NRM UPDF will be defeated.To me it looks like plannes attack and we salute bravery of Ltc Seiko to defend himself.

Besides president Museveni adviced that if anyone notices thugs trailing him or attacking like this was the case people have right for self defense and in this case good UPDF NRM cadre Ltc Juma Seiko did the right thing to defend himself If he wanted to kill anyone he could he just fired shots in self defense.
Report to administrator
0 #14 rubangakene 2020-02-11 23:04
REMIND ME, Is this the same JUma Seko who was in the news recently?

Why do such people keep recurring like cancer, eh? Is he an active officer of UPDF? If so, send him to the front line in Somalia if he has proved so gun - happy and gung-ho: it is only there he will know who has the bigger balls!

As of now, he is just fattening and losing sight of his profession: over to you dear Commandant-in- Chief!
Report to administrator
12