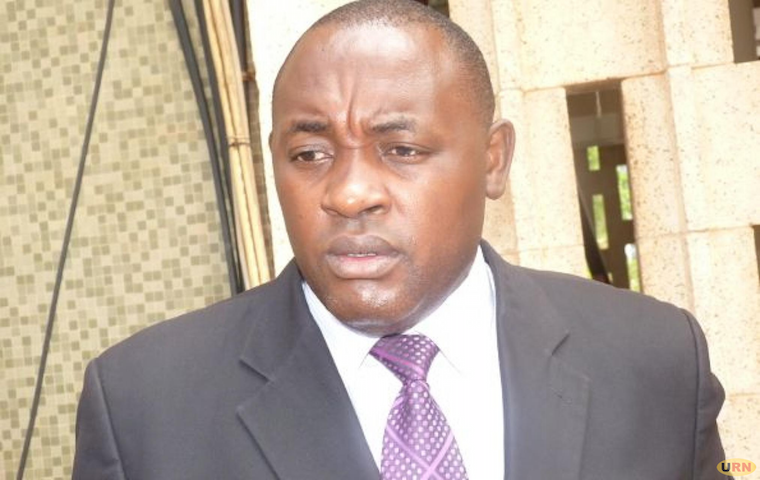 A student at Law Development Centre (LDC) has run to court seeking Shs 215 million from the state minister for Housing Dr Chris Baryomunsi over alleged defamation.

Godfrey Akampulira aka Akampa in his notice, claims that between August and November 2019, Baryomunsi and five others posted malicious statements on a WhatsApp group known as “Esau and Friends” and other pages against him.

The co-accused are Esau Turyatunga, Austin Agaba, Sam Mugabi George Byomugabi and Ivan Twinobusingye. According to Akampa, the group members accused him of abandoning his wife together with four children in his home village.

Akampa also says that Baryomunsi published another WhatsApp message to a third party indicating that the petitioner had defiled and impregnated his sister but the child died.

“Your malicious statements are libel and actionable under the laws of Uganda as they have caused grave damage to our client’s image and reputation because a number of right-thinking members of society have developed hatred contempt, ridicule against our said client and many more have shunned him," reads the notice in part.

Akampa's lawyers of Higenyi, Ngugo and Wadamba Advocates, say they want Baryomunsi and the five others to issue a written and public apology to him and post them on the same WhatsApp group for a because of the embarrassment, isolation and mental anguish they have caused to him.

Akampa also wants the group to pay him Shs 200 million in damages and Shs 15 million as the minimal legal fees, saying failure to do so in five days will lead to the institution of both civil and criminal proceedings against them.

Baryomunsi couldn’t be reached for comment by the time of filing this story as his known phone number couldn’t go through. But his office confirmed having received the notice.

Last year in November court ordered Baryomunsi to pay businessman Garuga James Musinguzi Garuga, the proprietor of Kinkiizi Development Company Shs 50 million after he was found guilty of contempt of court arising from a 2016 case, where the businessman accused him and Kinkiizi FM of defamation.

+2 #1 WINNER 2020-02-09 23:14
Arrogant Dr Chris Baryomunsi
Report to administrator
+2 #2 Zaitun 2020-02-10 10:24
If one has never understood the meaning of "Power corrupts to the extend of death", be assured that Uganda has become a living laboratory where you can do your research about the arrogance of the powerful.


Arrogance, banditry, assassination, recklessness, shoot-to-kill, destruction of public life and property... have become the current adjectives that describe best the current occupants of the administrative structures of the country- but what has exactly gone assunder in this once shinning country?

If one has never understood the meaning of "Power corrupts to the extend of death", be assured that Uganda has become a living laboratory where you can do your research about the arrogance of the powerful.
Do these guys not understand that Uganda is slipping away to "The dark Ages?"

Anything gotten out of violence will always be characterised by the very symptoms of arrogance,violence and wanton destruction of life and property.

The NRM came via violence so it’s not far to look for the horrid happenings in the country. The Chris of this world when they were doctors in Arua hospital you think he was the best human being but the moment he joined Museveni......
Report to administrator
+2 #4 Lakwena 2020-02-10 18:23
In other words, in December 2012; one could not believe the passion with which Hon Dr. Chris Baryomunsi wanted to see due process and justice done, over the sudden and tragic demise of Hon Cerinah Nebanda .

E.g. when he was intimidated into abandoning the investigation (sending Nebanda's sample tissues for toxicology test to South Africa) and he was arrested and detained on the 2012 Christmas Eve; the man swore by his mother that he "would not forgive Mr. M7 and Kayihura for treating in such a manner.

But today, after drinking from the well of dishonesty and injustice, sic corruption, Dr Chris Baryomunsi has become a classical moral turncoat, who can sell his mother for a price, to defend the indefensible.

No wonder he is even sinking so low, into spreading unfounded lugambo, on bantu byawansi.
Report to administrator
0 #5 George Barugahare 2020-02-12 11:51
The Good Minister needs to watch what he says, am assuming the Dr Matembe documents are about to be served as well. He is going to lose all his money through these cases.
Report to administrator