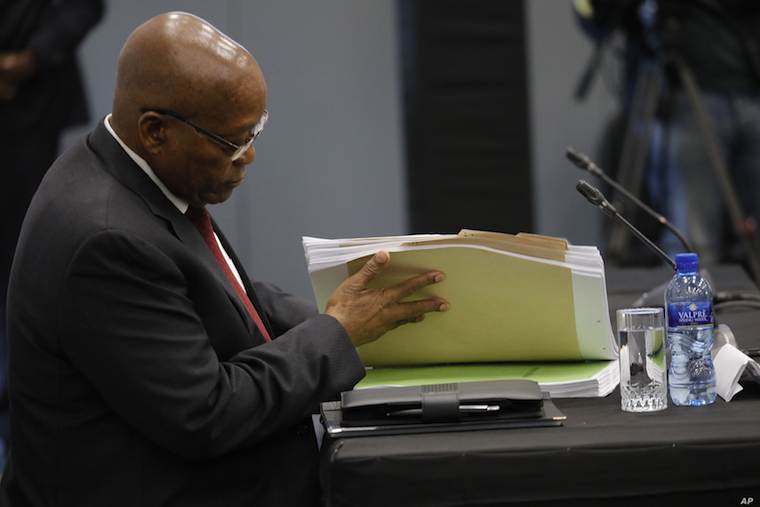 An arrest warrant has been issued for former South African President Jacob Zuma after he failed to appear for a scheduled court appearance Tuesday on corruption charges.

Zuma is accused of accepting bribes from French arms manufacturer Thales, which signed a $2 billion arms deal with South Africa in 1999, when Zuma served as deputy president. He faces a total of 16 charges ranging from fraud, graft and racketeering.

Zuma's lawyers produced a letter they said was signed by military doctor, saying that Zuma was ill and seeking medical treatment abroad.  But the judge questioned whether it was authentic. The judge stayed the warrant until May 9, when Zuma's trial is due to resume.

The charges were dropped a decade ago, shortly before Zuma became president in 2009, but were reinstated in 2016.  A court turned down Zuma's appeal to dismiss the charges.

Zuma, elected president in 2009, was forced to resign in 2018 by the ruling African National Congress amid numerous scandals, corruption allegations and an economic slowdown.

A warning to all the corrupts and dictators of this world. They will always get you.
Report to administrator