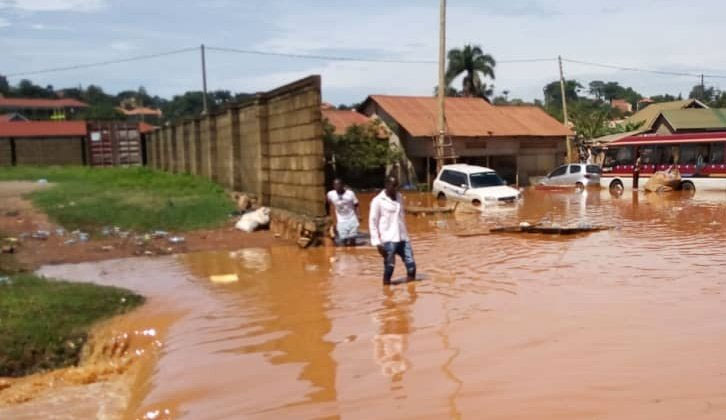 MOMBASA –As extreme weather events pile up in Africa, the continent has started paying keen attention to efforts to stem the devastating effects of climate change.

On the bright side, Uganda has been selected as one of east and Horn of Africa countries to benefit from a multi-billion shillings three-year project tailored largely to reverse the effects of climate change ravaging many parts of the region.

The project will also build specialised technical human and institutional capacity; promote awareness and advocacy on climate change issues by improving dialogue and exchange of knowledge among stakeholders and enhance the ability of countries to fully engage in international climate change negotiations.

Uganda got the nod for funding at the just-concluded 54th Greater Horn of Africa Climate Outlook Forum (GHACOF54) held in Kenya’s coastal city of Mombasa. Participants said the Intra-ACP Global Climate Change Alliance Plus (GCCA+) Programme is an initiative of the European Union (EU) aimed at supporting the African, Caribbean and Pacific (ACP) member states to effectively deal with challenges of climate change.

The regional component of the GCCA+ program is funded by the 11th European Development Fund (EDF 11). The GCCA+ Programme is being rolled out at a time when climate change and food insecurity have been identified as two interlinked problems contributing to underdevelopment of the 11 countries of the Inter-governmental Authority on Development (IGAD).

Dr. Workneh Gebeyehu, the IGAD executive secretary, told the conference that about 10% of the region’s 250 million people are chronically food- insecure while over 80% of the population derives its livelihood from agriculture. And therefore, factors that affect land productivity due to climate change directly impact their welfare.

Fiona Percy, a representative from CARE, said 25 countries have reported climate change emergences recently. She said countries need to focus more on climate change issues and measures that will help communities be resilient in future.

Through the Intra-ACP Global Climate Change Alliance Plus (GCCA+)Programme, Uganda, Kenya and eight other countries will be supported to implement their national climate mitigation, adaptation policies and plans .

Climate variability and climate change, Dr. Gebeyeyu said, has a significant impact on the social and economic development of the IGAD region and other parts of Africa.

“The region is particularly exposed to the shocks of climate extremes mainly due to the economic significance of our rain-fed agriculture. Climate-related risks affect water resources, health, energy, and tourism. Scarce resources such as water and  pastures due to climate change lead to insecurity and displacement,” he warned.

He added that recent advances in science and technology offer significant hope in improving the quality of climate services. He said his organization through the IGAD Climate Prediction and Applications Centre (ICPAC) avails and promotes accessibility to timely climate early warning advisories that help communities deal with any potential adverse effects precipitated by climate change.

To address food insecurity and environmental degradation, the IGAD boss said his organization was working with member states and other development and civil society partners to improve food access especially in the chronically food insecure areas by boosting agricultural production and facilitating the movement of food from surplus producing areas to the deficit ones.

Unlike in the past, he said 2019 experienced climate extremes, which included eight cyclones in the western Indian Ocean, which used to experience one or two cyclones every couple of years. The October, November to December rainfall season was one of the wettest on record and rains have continued into January, which is usually a dry season, he noted. He said in the first part of the year, most of the equatorial sector of the region got prolonged droughts.

The delegates were also alarmed to learn that July 2019 was the warmest month globally since 1880.

“From data published in the last 10 days, 2019 was the second warmest year on record, just 0.04°C behind 2016 that was the warmest year for global temperature. He also attributed the desert locust invasion in the region to favourable conditions, warm temperatures, excessive rains which provided the insects with ample vegetation to feed on.

The GCCA+ Programme/project will run for three years from June 2019 to June 2022.

It's pure political and for financial gains.

The Earth has always purified itself through climate changes. Why not start buy eliminated cows which produce a lot of methane gas; one of the major contributor of climate change.

Not to mention those many private-jets(planes) which the big shots use to criss-cross around the world. Next, is plastic materials (water bottles and bags)
Report to administrator
0 #3 rubangakene 2020-02-05 23:34
Another "Maana from Heaven"; they will be smiling like children given sweets by a mzungu!
Report to administrator