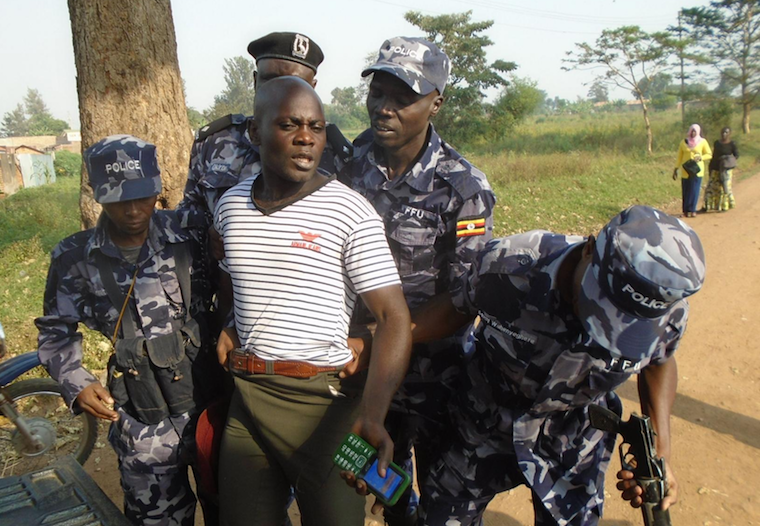 FDC marked 15 years on December 6, 2019, with national celebrations at Mandela National Stadium-Namboole. Party members in Mbale had planned to hold regional belated celebrations of the party's anniversary but police blocked the event on grounds that the organizers did not get clearance from the inspector general of police Martins Okoth Ochola.

Elgon police spokesperson John Robert Tukei told URN that although the group had written to Ochola about the event, they were never cleared to hold the celebrations.

"The inspector general of police has not written back to them and given specific guidelines to police on how to police that event. Two, there was a controversy over the venue. The deputy assistant town clerk of northern division okayed it, but on Saturday the town clerk Mbale municipality wrote nullifying that offer. So based on those two reasons we could not allow the FDC to hold their meeting today." said Tukei.

FDC party members said that they wrote to the senior assistant town clerk Martin Busiku requesting for Mpumude playground and were granted permission in a letter dated January 14.

FDC national chairperson Wasswa Birigwa condemned police for always interfering with their activities, even when the party follows the law to hold assemblies as prescribed in the Public Order Management Act (POMA).

"It is unfortunate that this is happening in the world. I don’t understand why because Mr [president] Museveni is moving around the country…and we cannot. We cannot meet and yet we have a schedule that we have to follow ahead of our nomination in August. So how do we mobilize our own people if we’re not allowed to meet? This is very unfair." he said.

"We had already sent a notification to the DPC [district police commander] and had also sent it to the RPC [regional police commander] but now they were only sticking on the issue that we have not got a response. But for us, we know that responses are only sent to the headquarters to here. Ours was to mobilize. They have arrested our chairperson madam Wokuri and we’re wondering why." said Mafabi.

The Mbale FDC party chairperson Margret Wokuri was arrested in the scuffle.

0 #1 WADADA rogers 2020-01-20 18:53
The Mbale FDC party chairperson Margret Wokuri had to be arrested, not because she had committed a crime but because these guys are willing to do anything to keep in power when all shows that it is time for their exit.
Report to administrator
0 #2 WADADA rogers 2020-01-20 19:01
These actions by the regime remind me of a a 2012 Movie called the DICTATOR, a political satire comedy film where the President would go for a race as a participants but at the same time a referee.

He would set other participants on their marks and then he would set them to be ready while he- the President was already in the middle of the field. he would then ask them to start running while he is towards the end of the field. This is what Museveni is doing
Report to administrator
0 #3 WADADA rogers 2020-01-20 19:14
I encourage every Ugandan to watch that Movie the Dictator and to specifically look out for a character called Alladeen, you will know why some people in this country must be renamed Aladeen
Report to administrator
0 #4 Kalani Jonathan 2020-01-20 21:40
What is the problem? Public Order management Act should be interpreted and explained to us.

Then the deputy town clerk authorises the meeting but the town clerk writes nullifying the offer!!. Not quite sure how far this is supposed to continue.

Why should a party that has done their part be punsihed because the IGP has chosen not to do his part? Some day maybe someday, these actions will come back to haunt some people
Report to administrator