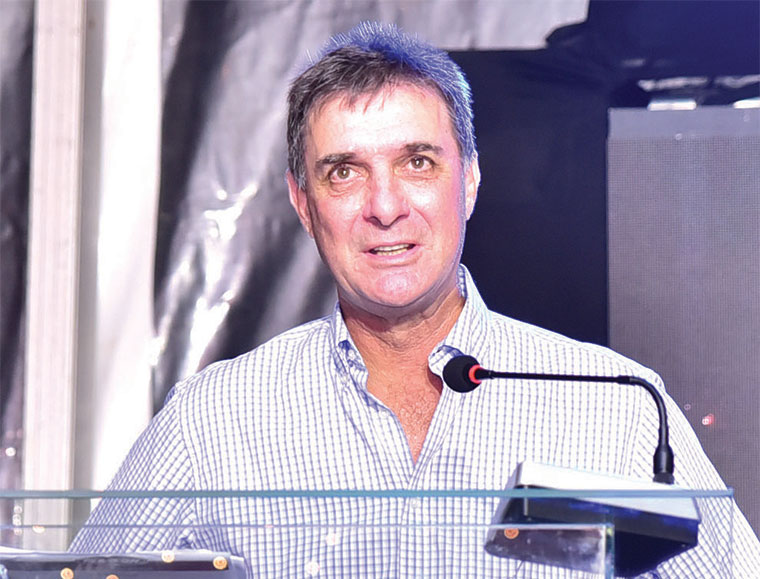 The Criminal Investigations Directorate has kicked off a manhunt for a couple of top foreign businessmen who jumped bail after being charged with tax evasion and fraud at one of the biggest paint companies in Uganda.

“Mr Azim Virjee is a suspect in a case of suspected embezzlement and tax evasion. He was granted police bond and has since absconded,” Akullo wrote in a December 23, 2019 letter. She said Virjee was residing in the suburb of Eastlands in the Kenyan capital, Nairobi. The Red Notice, if issued, would allow Kenya’s security officers to arrest Virjee and extradite him to Uganda.

At least two other former shareholders of Sadolin Paints Limited are also wanted at the CID. These are: Chris Nuggent, the former managing director of the company, and Salim Alibhai. Together with Azim Virjee, they were questioned at the CID in July. Nuggent’s whereabouts are unknown, while Alibhai is also said to be in Kenya. Salim Alibhai and Azim Virjee acted on behalf of Sadolin Paints East Africa during the negotiations of sale.

Before it was acquired, Sadolin Paints East Africa had branches in Uganda, Kenya, Tanzania and Guernsey. However, it was the Uganda branch, which accounted for more than 70 per cent of turnover and revenue, that was considered special, and the vanguard of the company.

As the CID awaits a decision by Interpol over the issuance of the Red Notice, at least $13 million – the final payment needed to complete Kansai Plascon’s $135 million acquisition of Sadolin Paints - is at stake.

The allegations of embezzlement, tax dodging, and fraud are broad. According to an internal audit of Sadolin Paints, the shareholders oversaw the inclusion of fictitious numbers into the company’s financial accounts, issued false invoices for the items sold in order to limit their tax bills and, in some instances, for Nuggent particularly, transferred company funds into his personal bank account.

The three accused shareholders, in a joint October 16, 2019 response towards the allegations, say they “have at all times acted in good faith.” They instead accuse Kansai Plascon of “asserting claims with no basis” in order to default on their financial obligations.

Kansai, on the other hand, says it already paid $122 million in August 2017 – an amount it now says is far more than the actual value of the company – to the selling shareholders as a sign of good faith.

How did Kansai Plascon Limited, a Japanese company, get itself in this mess? Was it a case of undertaking weak due diligence before it committed to buy Sadolin Paints for $135 million in 2017, or was it fed fabricated figures about the state of the company?

On February 7, 2017, Kansai Plascon East Africa entered into a couple of agreements with shareholders of different entitles of Sadolin Paints East Africa for a total cash consideration of $135 million. The money was supposed to be paid in two tranches. The first tranche of $122 million was paid to the different shareholders of Sadolin Paints on August 3, 2017. The last tranche of $13 million was to be paid two years later on August 3, 2019.

However, in February 2019, the owners of Kansai Plascon noticed some irregularities in the company. So many red flags of tax fraud showed up, implicating the then managing director, Nuggent.

Kansai Plascon contacted a law firm, Bowmans, seeking advice on what to do. Bowmans advised the company to undertake an internal audit and if need be prepare a voluntary disclosure to the Uganda Revenue Authority over the irregularities over tax payments. The audit would later reveal the issuance of fake invoices and tax fraud in all the Sadolin Paints branches in East Africa.

On March 27, Nuggent was forced to resign from the company, although, with the intention of not raising any alarm bells, assigned the duty of senior corporate advisor within the company.

A series of email correspondents were exchanged between the two parties in the month of May, with Nuggent drafting in Shonubi Musoke Advocates to act on his behalf. With no agreement in place, the matter reached its head on July 26, when the Criminal Investigations Directorate summoned Azim Virjee, Salim Alibhai and Chris Nuggent for questioning over the fraud at Sadolin Paints.

The charges at the CID meant that Kansai Plascon would not pay the final batch of $13 million, and whatever interest that might have accrued on it, to the selling shareholders. It is during this time that Azim Virjee, Salim Alibhai and Chris Nuggent got out of Uganda and have since not returned for questioning at the CID offices.

The case is bound to test the swiftness with which Interpol issues its Red Notice to track down those running away from the law, on top of examining the extradition laws between Uganda and Kenya.