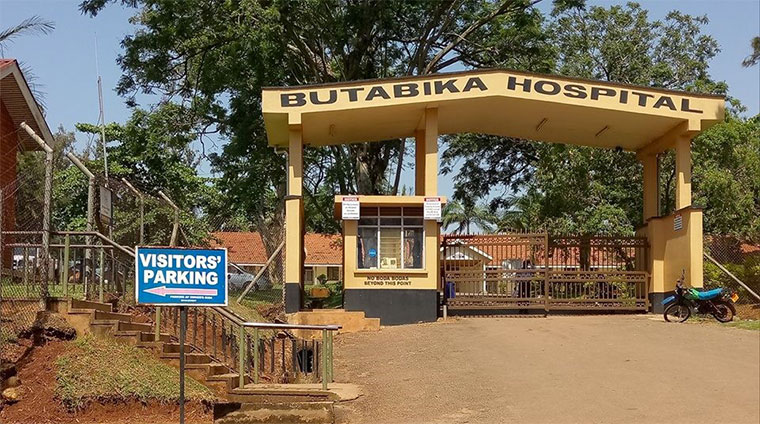 The increasing number of mental health patients overwhelming Butabika mental referral hospital with the facility falling short on both financial and human resources.

There are only 33 mental health specialists in the country with 20 of these deployed at Butabika. Butabika hospital executive director Dr David Basangwa said they received 100 more new cases in the inpatient department in just three months while in the outpatient department, they receive between 100 and 120 patients each day.

"At Butabika hospital we’re registering an increasing number of patients that are reporting for services. When you look at bed occupancy; because we have been having an average between 800 and 850 patients at any one time. But currently, we’re registering between 900 and 950 patients admitted at any one time - which is an increase compared to where were September, October last year…we’re now currently seeing now between 150 and 250 patients every day," said Basangwa.

Apart from the fact that they receive a huge lot of referrals, Dr Basangwa said that even around Kampala, people with mental health issues are increasing due to alcohol and drug abuse.

"Generally we tend to see more patients around the festival season because of a number of reasons - people going into a lot excitement, people tend to use a lot of other substances like alcohol and drugs. But there are also a lot of people during this period who go through stressful events which also predisposing them to develop mental illness due to lack of trust or care. The majority use substances such as alcohol or drugs and that constitute the majority of our admissions." he added.

Dr Basangwa said to be able to offer appropriate care, they will need additional funding when the budget is finalized because the government is the sole financier for mental health care since the area hasn't attracted donor funding. The facility has budgeted to spend Shs 27 billion next year financial year.

"Overall last year including for development, we got about Shs 24 billion and probably now we might need an increment with about Shs 5 billion to be able to do a good job. This year we have been mainly focusing on putting up a perimeter wall which is meant preventing our patients from escaping and that money part of it was given because we’re going to do phased construction and already preparations are on the way to have the contractor on the ground to start putting up a perimeter wall." Dr Basangwa said.

The in-charge Martin Ibanda at Fort Portal regional referral hospital says while the unit caters for cases from all surrounding districts of Bundibugyo, Ntoroko, Kasese, Kyenjonjo, Kamwenge, Bunyangabu and Kyegegwa, they only have two psychiatrists.

In iran last wk soldiers shot down a passenger plane mistaking it for a missile...after denying Iran admitted having committed such a stupid and deadly attrocity.....

Unbeknownst to some certain acts they are doingnowadays are indicators of bad mental health...
Report to administrator
0 #3 Wooden K. 2020-01-13 18:28
Ggwe kufulukwa ,

here is the solution : take them for a Africa kwetu trek.

In iran last wk soldiers shot down a passenger plane mistaking it for a missile...after denying Iran admitted having committed such a stupid and deadly attrocity.....

Unbeknownst to some certain acts they are doingnowadays are indicators of bad mental health...

Regular mental health checks will keep avoidable even catastrophic mistakes away
Report to administrator
0 #5 Lakwena 2020-01-15 11:52
Because of the social, economic and politically related stress factors; Mr. M7 and Co., have turned Uganda into a Butabika Republic.

In other words, "overwhelmed" means: including Mr. M7 himself; the rate and level of mental health breakdown in Uganda has reached an epidemic proportion.

E.g., yesterday on one of the streets in Kampala; a nameless, high ranking police officer who could not imagine and/or stand the idea of his car being clumped by the KCCA alias street parking law-enforcement, snapped, pull out his gun and started shooting the clump.

In other words, someone could have died in that freak moment.
Report to administrator