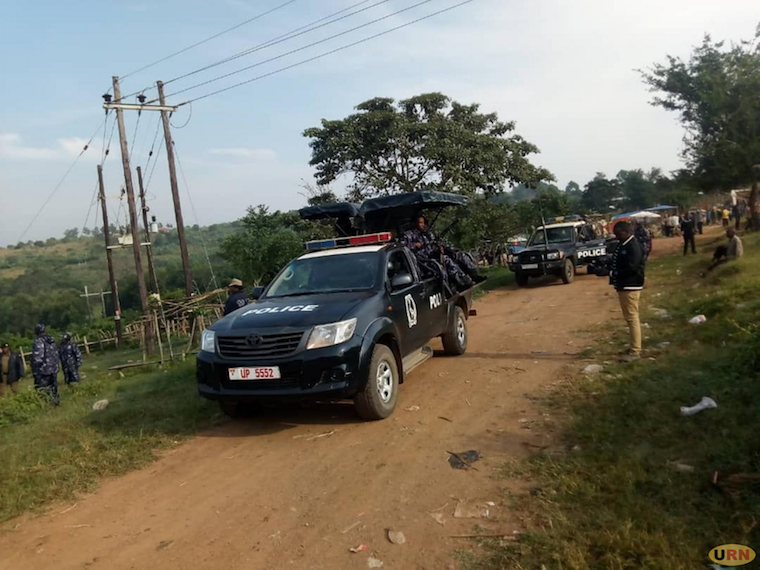 Lwemiyaga County MP Theodore Ssekikubo has been arrested for defying a government quarantine on the movement of cattle in Sembabule district.

Ssekikubo was arrested this morning amid a scuffle that involved hundreds of herdsmen and cattle dealers who were resisting a blockage of their movement to the cattle market in Lwemiyaga town council.

Ssekikubo’s arrest follows a bitter standoff between him and Sembabule district security authorities, whom he accuses of enforcing an unjustifiable quarantine on the sub-counties of Lwemiyaga and Ntuusi despite them being free from Foot and Mouth Disease.

The legislator had mobilized farmers and dealers in the area to defy the quarantine and forcefully open the closed Lwemiyaga market. This prompted the police to intervene and block their attempts.

According to Ssekikubo, the quarantine circular by the commissioner in charge of Animal Health only ordered the closure of cattle markets in the affected sub-counties of Rugushuulu and Mitima which are located very far away from Lwemiyaga.

In an early morning operation led by Enoch Abaine, the Greater Masaka regional police commander, anti-riot personnel engaged the rowdy herdsmen in running battles that involved firing of tear gas and rubber bullets before the legislator was eventually arrested and whisked away.

Greater Masaka Regional police spokesperson Paul Kangave says Ssekikubo was arrested for inciting violence and resisting lawful orders. According to Kangave, the ministry of Agriculture issued instructions for the enforcement of a total quarantine in Sembabule district.

Meanwhile, the situation remains tense in the whole of Lwemiyaga trading centre as police continue to battle residents who have resorted to blocking the main roads in protest.

I know next the FMD ban will head from Ssembabule to Lyantonde and miraculously skip some area and land to the people of Isingiro.
Report to administrator
0 #3 karemire 2020-01-10 16:27
I am wondering, on which "party ticket" this MP enter the Parliament !!!

This saga, to me, looks like the election campaigns hotting up early, one year ahead of the real thing, just like BW's consultation meetings. Surely, an interesting year lies ahead for us all, pop corns not excluded.
Report to administrator
+1 #4 Lysol 2020-01-10 23:07
He would not be arrest if he was from the so-called zebus/cattle keeping tribe. Those nomadic people used roam the country with their zebus before they resorted to guns to bully and intimidate Ugandans(real citizen).
Report to administrator