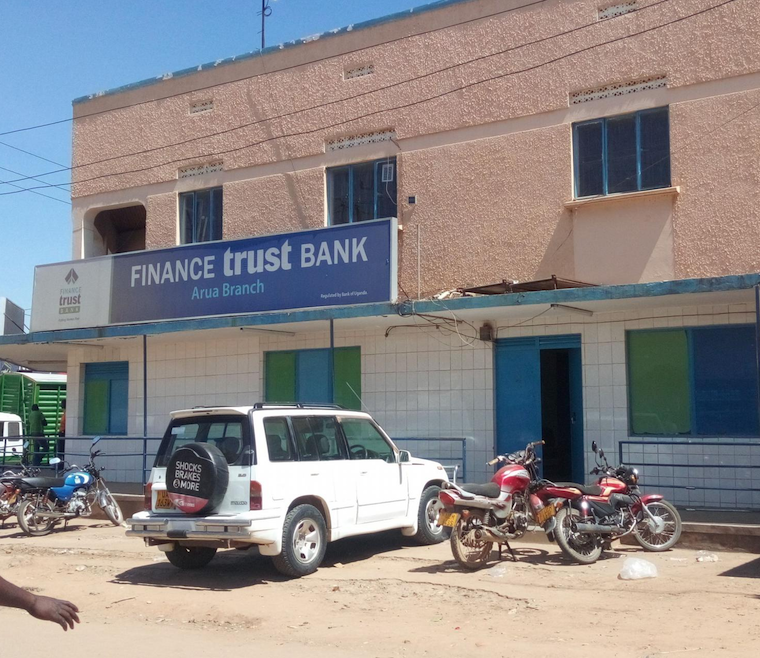 Two Finance Trust bank loan officers who were abducted in Arua last week and dragged to court in the Democratic Republic of Congo (DRC) have been released on bail.
Mubarak Asiimwe and Johnson Sempiira were reportedly picked up from the bank branch on Thursday by a client identified as Atanansi Acidri, a resident of Pajulu sub-county in Arua district.
Acidri has been bickering with the Finance bank for the last two years, seeking to recover up to Shs 50 million that was obtained from the sale of his land to recover a loan that he (Acidri) failed to clear.
Last week, he reportedly approached the bank requesting this time for another loan of Shs 45 million. He reportedly presented as security, land in Logiri sub-county in Arua near the border with DRC. The bank dispatched two loan officers to go and verify the existence and ownership of the said land.
Acidiri's actions up to this point did not raise any suspicions until later in the evening when the two loan officers called the bank manager, and said that they had been detained at a place called Aruu in the Democratic Republic of Congo.
West Nile Region police spokesperson Josephine Angucia, said that Acidri, a renowned businessman both in Arua town and in DRC, made arrangements with the Territorial administrator in DRC to dispatch Congolese police to arrest the loan officers and have them detained.

Acidri then ordered the two abductees to call the bank manager, Sunday Kevin and inform him about the developments. He demanded that the manager takes Shs 50 million to Aruu in DRC, where the two loan officers were being held to secure their release. Sunday reported the matter to Uganda police and to Arua resident district commissioner, Nahori Oyaa.

According to Arua district internal security officer (DISO), Stephen Dravu, who was part of the team that went to Aruu in DRC, the loan officers were taken before a magistrate and charged with obtaining money illegally from Acidri. The team pleaded with the Congolese officials who later released the two on bail on Friday.

"When we reached there [Congo], the security team welcomed us and we discussed with them this issue but they told Atanansi Acidri is a Congolese citizen, he is not a Ugandan. He is a man who does business from Congo up to Kampala [where] he loads things on vehicles…The Congolese authorities say they are going to prosecute him for having two citizenships. We pleaded with them to release these people, so we shall take them back on Monday [today]." said Oyaa.

"The two were okay because they had some little money with them. They were being fed on their own money except they were very dirty and also said those people in cells wanted to beat them, torture them but after giving them Shs 100,000 they were not tortured. They had to buy their lives," he added.