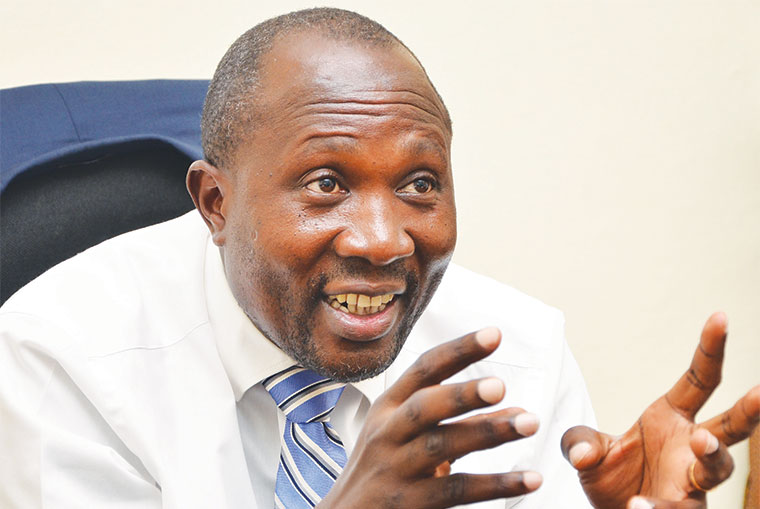 The inspector general of police Martins Okoth Ochola has issued strict conditions to Forum for Democratic Change (FDC) as the party marks its 15th anniversary next week.

Ochola’s tough conditions include restricting FDC from inviting any non-party member else the celebrations will be cancelled. The guidelines issued through Kampala Metropolitan Police spokesperson, Patrick Onyango, also include holding no procession to and from the venue of the celebrations, presenting a clearance from the venue owner and conforming to the Public Order Management Act (POMA) that prohibits unauthorized or impromptu gatherings.

Police have also vowed to cancel the event slated for December 16 should the party turn the celebrations into an open political rally. FDC was formed on December 16, 2004 and will start the celebrations to mark 15 years of existence next Monday at Namboole.

“Notice is hereby given that the FDC will celebrate her 15th anniversary on December 16th at Mandela national stadium. The event will be attended by hundreds of FDC leaders and members over the country,” Nandala stated.

FDC informed police that the celebrations will be staged in the stadium’s main parking space. Nandala asked the IGP to contact FDC in case he sought for more details about the scheduled event and venue.

Last month FDC and police were engaged in a running battle when the party decided to hold a party conference at Namboole national stadium. The conference was blocked by police and Kampala Metropolitan operations commander, Rashid Agero, smashed former FDC president Dr Kizza Besigye’s car with a gun butt and nearly swept off his car using a highly pressurised water cannon. Police had declared the indoor conference illegal.

The first priority of this police is to protect the interests of a tyrant regime.
Report to administrator
+3 #2 Lakwena 2019-12-13 15:39
In other words, Afande Ochola is falling in the same double standard trap that Gen Kayihura fell in.

E.g., on 4th Dec 2019; where was Ochola to set a tough condition on Mr. M7and his anti-corruption gimmick 3-kilometer walk, which locked down hundreds of thousands of motorists and millions of commuters to a 6-hour standstill, in and around the suburbans of Kampala?

At this rate, this country may need to be torn down as it is and rebuilt from scratch. Otherwise we are getting nowhere with Mr. M7's permittivity and NRM backwardness.
Report to administrator
+2 #3 Lakwena 2019-12-13 15:49
If many NRM members/leaders do not see anything wrong or the matter with this double standard treatment by the police; then maybe time will come when they will only have themselves to blame for the logical consequences, when things will eventually fall apart.

In other words, Never say never! And this is not a threat because, when things fall apart, Mr. M7 and the same policemen will not be there to save them.

When people are bottled up with frustration for so long, you can't stop them from exploding and there will be No mercy.
Report to administrator
+1 #4 kabayekka 2019-12-13 18:12
One would very much love to blame the FDC. What exactly is there to celebrate in their 15 years of trying to lead their political supporters to kwambala engule.

The Forum for democratic Change seems to have become a Forum For non-democratic what, God knows!

Instead of this party like the DP boycotting successive dodgy national elections, it continues to increase its efforts to participate and promote these national elections.
Report to administrator
+1 #5 kabayekka 2019-12-13 18:17
One is doubtful indeed whether the people of Uganda will ever forget the 15 years of FDC political promotions and reward that party to rule this country.

FDC comes from the dodgy former liberators who insist that they are going to rule and not lead the country of Uganda for 100 years.
Report to administrator
0 #6 miki 2019-12-13 21:30
The subliminal message from Ochola is that the event will not take place.

How is this Ochola guy going to determine who is a member of FDC and those who are not?

Does it mean that police will be setting up country-wide verification road blocks to screen out prospective attendies?

There is also that inherent threat to any owners of the intended host venue not to risk economic ruin by allowing the event to take place.

On the other hand Mr. Mafabi might have forgotten that the Nambole stadia spaces were hijacked long ago and fraudulently leased to Pioneer Easy bus company which is connected to the mafia families that are in charge of Uganda's affairs.
Report to administrator
+1 #7 MR 2019-12-13 22:26
Since when did Police take over the roles of Parliament to make laws instead of implementing them?

Police are supposed to be alerted to provide security not permission for any1 to hold any function even with the PMO law in place. And they can not tell the organizers whom to & not invite.
Report to administrator
+2 #8 Lysol 2019-12-13 22:48
Mr Big Nose Ochola is at it again like his predecessor the angry little gestapo KK who was dreaming of dethroning M7.

He will soon go too after being used and dumped.
Report to administrator
+1 #9 Remase 2019-12-14 17:54
It doesn't get better than this, "Police have also vowed to cancel the event slated for December 16 should the party turn the celebrations into an open political rally."

How about this one, "Ochola’s tough conditions include restricting FDC from inviting any non-party member else the celebrations will be cancelled."

The last time I checked, FDC was a political party and its business is about politics and whenever as FDC it's automatically a political rally. It's is now a crime for FDC to invite non-members!

Wow! And we are urged to get IDs to get ready for 2021 and overwhelm M7, right?
Report to administrator
0 #10 kirya 2019-12-16 23:41
Police should investigate m7 family of friends as to how they acquired their riches instead of wasting time on FDC by setting policies on how the conduct themselves

Time has come to get our stolen assets back from the bushmen!!
Report to administrator