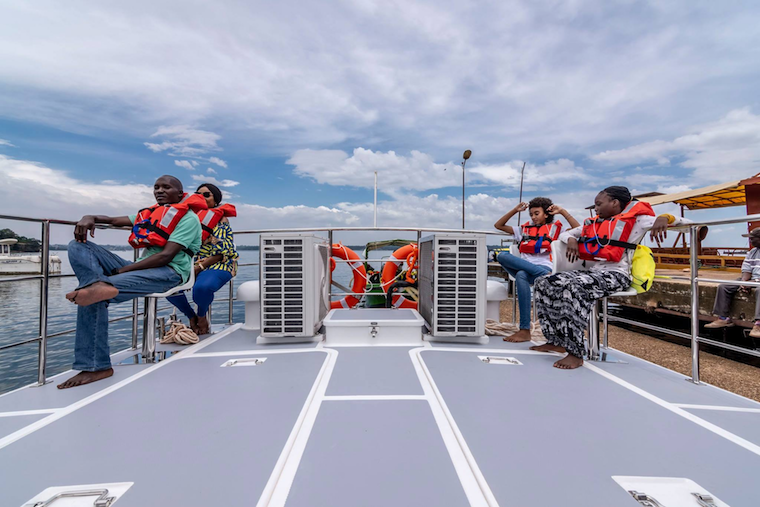 Uganda's tourism earnings are estimated to have grown slower in the first ten months of 2019, Bank of Uganda (BOU) has said.

The government planned to attract more than one million tourists this year to spurt on the 1.8 million people received in 2018. But the Central Bank says after ten months, only about 1.2 million tourists had entered Uganda.

Earlier in the year, the state minister for Tourism, Godfrey Kiwanda said that the government was to increase marketing activities by contracting three more public relations firms for the Saudi Arabia, United Arab Emirates, Japan and China markets. This, he reasoned, would greatly boost arrivals numbers.

Uganda’s tourism earnings tipped $1.4 billion in 2017, making the sector the biggest forex exchange earner above coffee earnings and diaspora remittances. There was hope that this could only get better in the subsequent years.

However, with the scare of Ebola cases reported in Kasese and the international media reporting of surges in the Democratic Republic of Congo, many tourists chose to halt or postpone their travels. It is also not immediately clear if the intensified marketing strategy of neighbouring Rwanda, with whom Uganda shares tourists, has had a direct impact on Uganda's tourism arrivals.

Rwanda partnered with English Premier League football club, Arsenal FC and most recently PSG from France to market her as the best tourism destination in the region. Rwanda spent more than £30 million in 2018 to have 'Visit Rwanda' printed on Arsenal's shirts. The country said the strategy led to a 20 per cent growth of tourists from the UK to visit Rwanda to add on the overall total of 1.2 million arrivals. Rwanda also invited several international celebrities and has an avalanche of international advisors to strategise and market its tourism potential.

Joseph Halim, the managing director of Dream Balloons, which operates in Murchison Falls national park, told URN in July that the Ebola scare had caused some tourists to cancel their bookings.

Bank of Uganda governor Emmanuel Tumusiime-Mutebile told reporters in Kampala that the slow pace of the sector was in tandem with the general slowdown of the economic activities this year. He said they had observed a slowdown in the general economic activity since the beginning of the year.

Mutebile said globally, major economies, where tourists for Uganda come from, have slowed down. This means few people were taking time for holidays.

This year, Uganda started running the national carrier, Uganda Airlines – as one way to boost tourism. The airline now flies to more than seven destinations in the region. It is still too early to gauge whether it has impacted tourism.

Mutebile, who read the monetary policy statement for December, said in particular that exports have fallen showing few people are consuming Ugandan products outside. This means that projected growth could be lower than had been anticipated.

The governor maintained the central bank rate (CBR), which shows the direction of interest rates, at 9 per cent for the second month running, sending a message that the economy will not be so bad in the medium term.

Consequently, he expects banks to lend more to businesses to boost investment and growth. The rate also is expected to see banks relax on the pricing of their loans.

You see, tourism is not about the beauty of the place only, it is the natives that make it work, these natives are oppressed, this affects the welcome.

Even the gorillas are not happy, people live in abject poverty which in turn depresses the tourists. The minister concerned should be dropped like a stone, a whole professor with no initiatives!
Report to administrator
+3 #3 Lakwena 2019-12-12 07:59
If the government wants to promote and attract more tourists to Uganda, then it should not even think about tampering with the Murchison Falls, in the name of more power dams.

Don't even try the stupid plan to carry out any feasibility study on whether or not a power dam can be smuggled in. NO, NO, NO.

Enough of being urinated on in the name of foreign investors.

Otherwise there will be a Mabira type of riot, where a Boer or two may lose their teeth.

In other words, we want our country back from the thugs in government and their foreign financiers, backers and/or conspirators.
Report to administrator
0 #4 Akot 2019-12-12 15:45
Amooti Mugi,
rubangakene,
Lakwena,

Once Museveni is thrown out in UNITY, Ugandans will then be able to make the country what they want & develop it, knowing our wild life is what brings tourists who also need good modern accommodation!

Museveni MUST be thrown out FIRST & above all in UNITY, then we will begin to make Uganda the country/land we want immediately as no tribe, no region is fighting another & the enemy destroying us ALL is Musevnei who uses us against one another, while he owns our tax money & we are his slaves in the country formed by our tribal lands!

Ugandans MUST stop playing with Museveni, but bring down the tribalistic system & this comes FIRST & not negotiable!

Who locked sister Dr Nyanzi in prison & why?

When I asked him to explain, he drawled that the only thing he enjoyed was a gorilla pissing on him from a tree and running away laughing, the rest of the natives were a sad and asking for 'dorras' (sic) or something small".
Report to administrator