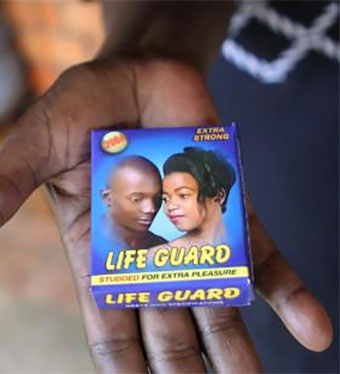 When Marie Stopes Uganda took out huge newspaper adverts in November to announce a recall of two batches of defective Life Guard condoms, what it carefully avoided to say was that some of the so-called “poor-quality or defective condoms” could have gotten tears while in active use putting lives of people in harm’s way.

Marie Stopes chose to use cheery euphemisms to veil the real depth of the problem. Interviewed yesterday, the minister of state for Health in charge of General Duties Sarah Opendi warned that there could be serious health implications for people who used the untested condoms.

The minister said by telephone that the Life Guard condoms were not of low quality but were considered to be faulty because they did not get the National Drug Authority (NDA) nod of approval before they were rolled out onto the market as the law stipulates.

“Before condoms are released onto the market, they have to be first tested in our laboratories for any faults but pharmacists of Marie Stopes rolled out the two batches of Life Guard condoms before the tests were done; therefore, we had to recall them because they had not been cleared.”

But the minister admitted there could be serious health implications for the end-users of these untested condoms. She said the risk of catching sexually transmitted diseases (STDs) including HIV/AIDS is high. She said that is regrettable since government is trying so hard to fight the HIV/Aids epidemic in the country.

“There is nothing more we can do since the damage is already done but we continue to appeal to Ugandans who used this type of condoms during the period of April to October [2019] to go and get tested for STDs and in case one is found infected, they should seek treatment from our health centres,” Opendi said.

She, however, disputed claims that some of the low-quality Life Guard condoms got tears while in use. She said her ministry has not received any complaints of faulty condoms on the market because even the two batches that were recalled were discovered by NDA.

She said so far government has retrieved 93% of the untested condoms and the remaining seven per cent shouldn’t cause any worries because they are continuously warning the public to be on the lookout for the untested two batches of Life Guard condoms (batch 19040205 and 19050105) and report anyone selling them.

“Only those two batches of Life Guard condoms were affected and the rest are safe as well as other types of condoms,” she said.

On November 29, Opendi told parliament that investigations found that a pharmacist of Marie Stopes, Ojambo Geoffrey Kohora had instructed the storekeepers to release the condoms before they were cleared by NDA. She added that Marie Stopes had already suspended Ojambo together with the director of Corporate Services Fred Barongo.

Opendi said once investigations are complete, the two Marie Stopes officials will most likely be charged for putting medical products on the market without clearance from NDA. On October 30 when NDA issued a warning to Marie Stopes to recall the two batches of Life Guard condoms, it was acting after a month-long investigation in which its field officers found condoms that did not meet the required standards.

But Marie Stopes Uganda issued the recall in November through newspaper adverts. According to an NDA official who declined to be named to speak frankly, NDA started engaging Marie Stopes in September, acting on complaints from dealers.

“It started as a rumour when some dealers contacted us to complain that users are complaining about the quality of the condoms [Life Guard] because they used to burst while in action,” she said. “We followed up the issue with our field officers and tested the random samples. To our shock, we found two batches defective.”

We couldn’t independently establish how many packets of condoms constitute a batch but some industry experts put the figure at seven million. Going by that estimate, it means 14 million condoms could have found their way onto the market.

In statement issued last month, NDA spokesperson Fredrick Ssekyana said 90 per cent of the defective condoms had been retrieved. He said there’s hope that majority of the remaining condoms will be retrieved without reaching the end user.

When The Observer reached out to Marie Stopes in an attempt to establish the extent of exposure or risk to the end-user and progress of the investigation, an official, Sam Ariko, promised to get back to us but he didn’t. A source in NDA confirmed that investigations are on-going to find out how such a large volume of untested condoms could have found its way on the market.

The source added that due to the sensitivity of the matter, NDA did not want to alarm the public or cause outrage; that’s why it compelled Marie Stopes to recall the batches.

An official from the ministry of Health’s legal department said NDA cannot do much now until investigations are complete to determine who is at fault for the untested condoms.

“There could be thousands of people who have been exposed to sexually transmitted diseases as a result of the negligence and whoever is found culpable will pay heavily,” he said.

As a policy, NDA is mandated to take samples from batches and test the quality of condoms before they leave the warehouses for distribution. An official in the NDA’s safety directorate noted that, “A representative sample of condoms is picked from each batch and tested for defects or whether the sample meets all the quality checks. After this sample is passed, then the whole batch is deemed ready for distribution and let out in the market,” she said.

“It is also possible that the condoms could have turned defective due to poor storage but this is highly unlikely...”

It remains to be seen if any complaints will arise from people who might have unknowingly used Life Guard condoms from the aforementioned batches and what this could mean for their health status. A report released in 2017 put the total number of people living with HIV/Aids in Uganda at 1.3 million, of which 73 per cent know their status.

In other words, that is how the sex, diseases and the pharmaceutical industries are stupefying dehumanizing in this century.
Report to administrator
0 #2 WADADA rogers 2019-12-11 14:08
But do we really have working institutions in this country, imagine defective condoms coming into the country and without testing them, somebody allows them to be supplied to "consumers" and without shame, a reputable entity in the health sector comes up to give all sorts of excuses and justification.

I certainly know that the white man is working day and night to wipe out the black race which i think is absurd but out leaders are quiet, many be demanding for a compensation which will be pocketed at the expense of many
Report to administrator
0 #3 WADADA rogers 2019-12-11 14:12
Our Government should have sued whoever is manufacturing and those supplying these condoms to Uganda, after all they are not for free. We have had a similar paradox with the Engabo condoms but still no action was taken.

Who is in charge of this country and how come he/they dont care about the health of Ugandans. Right from the time of the theft of TB and hiv Drugs, the world is left wondering if we know our rights.

Now many Ugandans who have had hive for years are going to use this as an excuse to claim that they got infected when they used these defective condoms.
Report to administrator
+1 #4 Amooti Mugi 2019-12-11 15:59
That is the danger of being an African in Africa !!! Africans of today don't care about fellow Africans even when they hold papers called degrees from some "universities" which don't transform them into responsible people who pay attention to detail!!!!

How many millions of lives have been lined up for HIV infection bcz of the negligence of the concerned officials who let the batch of approx. 14 million bogus condoms circulate in the country??????

... Who is in charge of this country and how come he/they dont care about the health of Ugandans. Right from the time of the theft of TB and hiv Drugs, the world is left wondering if we know our rights.

Now many Ugandans who have had hive for years are going to use this as an excuse to claim that they got infected when they used these defective condoms.

But WADADA, health is a personal responsibility. Especially in Uganda, you fall sick and/or entrust your health to the government and/or the medical workers at your own risk.

In other words, "a life that is not well examined is not worth living". Why don't people take time off and examine their personal and physical/emotional lives/health, vis-a-vis the risks and dangers than loom allover the place?