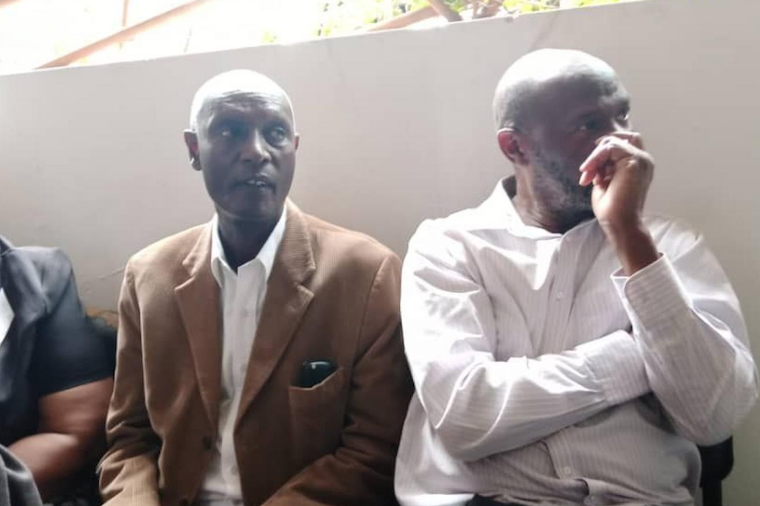 The Court of Appeal has upheld a 10-year jail sentence handed to John Muhanguzi Kashaka, the former permanent secretary ministry of Local Government for causing Shs 4.2 billion financial loss to the government in the infamous bicycle scandal.

Kashaka’s conviction and sentence were jointly upheld with that of former principal accountant Henry Bamutura, assistant commissioner in charge of policy and planning Sam Emorut Erongot who will serve for 13-years and Adam Aluma, who had been sentenced to 1 year and nine months but has since served the sentence.

The convicts, were in 2014, convicted by the then Anti-corruption court judge Catherine Bamugemereire for various roles they played in contracting a sham company, Ammam Industrial Tools and Equipment Limited to purchase 70, 000 bicycles from India. The said bicycles were to be used by parish and Local Council chairpersons in the 2011 general elections. Up until now, the bicycles have never been delivered.

Bamugemereire sent them to jail, barred them from holding any government office for ten years and ordered them to compensate the government for the loss.

However, the convicts challenged their respective sentences and conviction, arguing that it was harsh and not valid in law. They also argued that the lower court judge erred in law and fact, when, she failed to apply provisions of the PPDA Act in determining the ingredients of the offence of financial loss committed by the appellants, as a result of the procurement transaction.

However, in an appeals judgment, the three Court of Appeal judges; Elizabeth Musoke, Hellen Obura, and Christopher Madrama agreed on the upholding of the said sentences. They also acquitted a consultant Timothy Musherure, of any wrongdoing, and abetted an appeal by Robert Mwebaze, the procurement officer because he died before it was determined.

However, the justices disagreed on the issue of compensation of money to the government. The dissenting judge, Madrama argues in his judgment that justice Banugemereire erred while ordering for compensation citing that it was not prescribed for in law.

However, justices Obura and Musoke maintained the order for compensation to the government for all suspects save for Musherure who is acquitted. They argued that the lower court had made it clear that the sentence is to deter other people from committing corruption-related scandals.

The group has since been out on bail and they started serving their respective sentences today afternoon. However, it has been reported that Sam Erongot, one of the suspects disappeared from the court premises shortly after the verdict. He is accordingly being hunted by security forces.

In a normal country, this court action against John Muhanguzi Kashakart would be justice, but cannot in Uganda, ruled by 1 man who controls every institution, owns tax money while Ugandans ensure there is no opposition to him & lock up any one - Dr S.Nyanzi - who dares humiliate/defy the god!

Ugandans accused of corruption, taking hand outs, mismanaging affaires...do so to survive as they know Museveni is there for life!

No outsider can bring Museveni to justice as Ugandans are alright with the tribalistic system that locks them with the demon while shuting the outside world out of their affaires!

See, tribal leaders aren't concerned no outsider will ever say a word against Museveni & they will continue being served by the demon chief looter no one outsider can accuse of corruption, except Ugandans!
Report to administrator