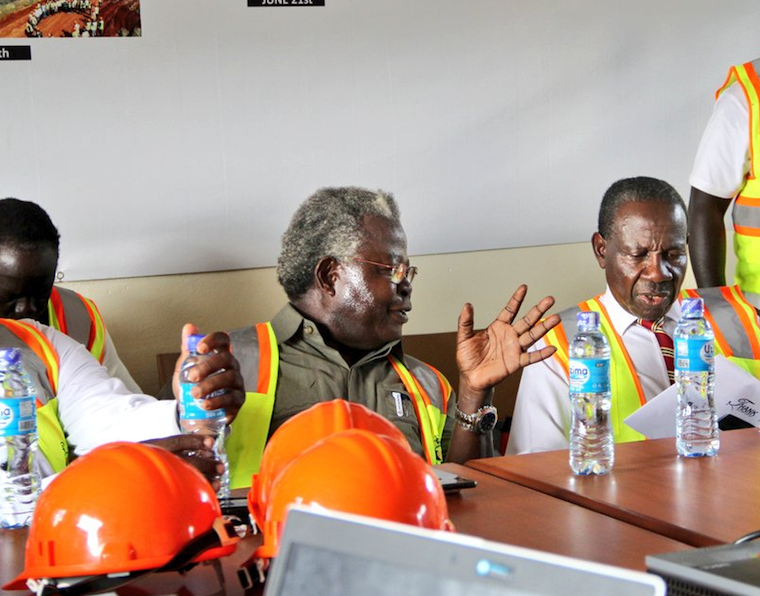 “A country that doesn’t innovate as we head into the 4th industrial revolution is a dead one. Uganda should keep pace with the rest of the world in the field of science, technology and innovation to create jobs and improve our general wellbeing,” Finance minister Matia Kasaija warned during his recent on-the-ground tour of the under-construction Kiira Motors Vehicle Plant at Jinja Industrial and Business Park.

“With digitalization, artificial intelligence and development of electric vehicles, Uganda must keep as close as possible to the rest of the world. New technologies are emerging everyday and as a country we should be prepared not to be left behind,” the minister said, adding that, “The economy should be in the hands of Ugandans and everything is being done to develop capacity of local contractors to take on and deliver quality works on some of the country’s infrastructure development projects.”

The minister said local companies with demonstrable capacity should be encouraged to undertake infrastructure development projects on which government spends an estimated Shs 7 trillion.

“This is the only way we can develop and increase local content participation.”

Kasaija urged other Uganda innovators to take cue from Kiira Motors to patent and commercialize their innovations. Kiira Motors has unveiled its electric buses, paving way for the deployment of the first Ugandan-made Kayoola EVS buses for urban transportation. After the successful validation tests, the Kayoola EVS buses are expected to be deployed on the Entebbe Expressway.

The finance minister pledged that government will bridge the funding gap for the Kiira Vehicles plant to be completed on schedule.

“The job you have started by demonstrating local capacity in development of green mobility technologies as a solution for urban public transportation shall be completed,” he stressed.

This is the minister, of all Uganda's platoons of ministries, of Finance.
Report to administrator
0 #3 Zaitun 2019-11-28 16:47
As a minister, Matia Kasaija, you know better than us all when Uganda last met her death.
We are convinced that you know all those who have run the country poor, dead and without future.

Know that the day your boss went to the bush and started highway robberies, vandalizing Banks, Parastatals, killing farmers and peasants so as to get to power, you should have known that all was set to make Uganda a poor country.

Even if you built millions of industries today, where will the purchasing power come from since you in govt. were obsessed with making us poor so that you could succeed in making your laws to squeeze life out of us?

Worst of all, you have developed a preference for lighter skinned people- your friends from India, Pakistan, China, Bangladesh... while driving Ugandans fit to become poor labourers in foreign companies!

Stop crying over what you have nicely succeeded in creating- subjugating Ugandans to suffer modern slavery. You guys have ruined Uganda.
Report to administrator