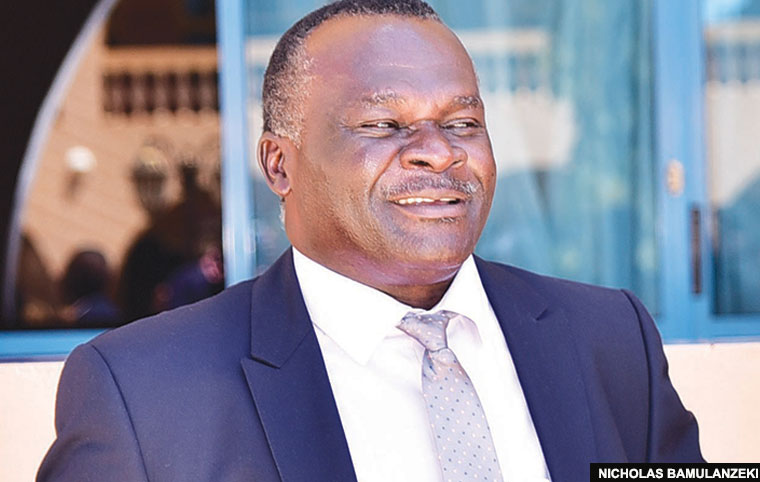 Fifteen months after he led a Coram of five Constitutional court justices to uphold parliament’s removal of the constitutional age limits for presidential aspirants, deputy chief justice Alphonse Owiny-Dollo has opened a window into his state of mind before, during and after the three-month hearing and final judgement.

Presiding yesterday at the launch of a report titled; “Open justice, a closed or open reality for Uganda’s media? A comparative study on covering courts,” Dollo took time to speak about the thicket of political and legal pressures he endured from the time he decided to move the Constitutional court’s sittings from Kampala to the eastern town of Mbale.

The report was compiled by Freedom of Expression Hub (FOE-Hub), a think-tank comprising of legal and media experts advocating the promotion and defence of freedom of expression, access to information and media freedoms in East Africa.

The report is harshly critical of judicial officers who lock journalists out of their courtrooms in total disregard of the constitutional provisions on open justice.

Tickled by Hassan Male Mabirizi who was one of the petitioners, Dollo found himself speaking so little about the report he launched, and much about the age limit petition.

“That decision alone that we would not sit in Kampala, we would sit in Mbale [some claimed that] I had received orders from above…I argued with myself, “If it was that I needed to receive orders from above, did I need to go to Mbale? How would going to Mbale make me decide this case in a way which I might not have done if I remained in Kampala?” I found no logic in [the argument],” Dollo said.

It was an unprecedented move then to relocate the Constitutional court to Mbale, more so, owing to the controversial manner in which the bill that led to the deletion of Article 102(b) from the Constitution was promoted and muscled through parliament. Dollo’s decision was definitely bound to attract fierce public criticism.

The scrapped article set 35 years and 75 years as the lower and upper age caps for presidential candidates, implying that the now 75-year-old Yoweri Museveni would be ineligible to stand in the 2021 elections.

Because of the political sensitivity of the petition, Dollo said, he had to avoid talking to his longtime friend, the deputy Attorney General Mwesigwa Rukutana, who led the government’s legal team to Mbale.

The petition was heard and decided from April to July 2018 at the High court premises in Mbale, and, during this time, Dollo said, the justices of the Constitutional court were forced to avoid the hotel where the government team slept.

The Constitutional court justices were further dismayed by the media’s reluctance to tell the public that the age limit was a small component of the petition.

“The age limit was the smallest of all matters that were brought before court. If I can remember, it was the Uganda Law Society out of the 11 petitioners that brought up the issue of age limit; all the others were concerned about other things,” Dollo said.

He further blamed the media for creating an impression that the petition was about determining whether President Museveni can stand again for election in 2021.

“I said it openly in my judgement that I don’t believe that in 10 years, before we celebrate the silver jubilee of the making of this Constitution, we already have five amendments.”

“All of us [the] five [Justices of the Constitutional court] agreed that the constitution allows parliament, without having to go for a referendum, to amend that provision of the age limit; there was no dissent at all. The only dissent by one person was, “although parliament had power to amend, they did not follow the procedure laid down in the rules of procedure of parliament,” and that is what three out of seven in the supreme court said,”Dollo further said.

Of the five justices of the Constitutional Court who heard the petition in Mbale, it was only Kakuru who entirely agreed with the petitioners and declared the constitutional amendments unconstitutional while at the Supreme court, Justices Paul Mugamba, Eldad Mwangusya and Lillian Tibatemwa-Ekirikubinza held the same view.

Their position was, however, defeated by chief justice, Bart Katureebe, Jotham Tumwesigye, Rubby Opio Aweri and Stella Arach Amoko who formed a majority opinion to uphold the Mbale decision.

123
+1 #21 kabayekka 2019-11-29 16:54
Akot understood.
Tito Okello and the Acholi community did not just stand down. There was a military battle.
Up to now, the international community does recognize a current government with the people power house of parliament of about 400 MPs and still counting. The international community recognize the judiciary of Uganda, the police and army.
What you are saying is wrong that: "The International Community/UN realised Museveni rules through a tribalistic system that goes against their principles!" All the people of Uganda were ready to accept a new Uganda democratic leadership until parliament, the army and police decided otherwise. Read Wilfred Niwagaba's electoral reform dilemma in the Observer, 11 September, 2019. There is no known Uganda tribal leader who is singing 'M7 Awangale'
Report to administrator
0 #22 kabayekka 2019-11-29 23:00
Nothing to do at all with tribal leaders and their devoted subjects, nor the UN, or the International Community.

It is only the Army of Uganda, the Uganda Police, The Parliament of Uganda and the Judiciary of Uganda that are singing 'Awangale' or Abeerewo for this President to stay put in state house until the end of his life!
Report to administrator
0 #23 rubangakene 2019-11-29 23:21
I agree with you, Roland Mugisha. The writer, V.S. Naipul who lived in Uganda said; "Ugandans love to walk around carrying big books, books they have not read and have no intention of reading."
Report to administrator
123