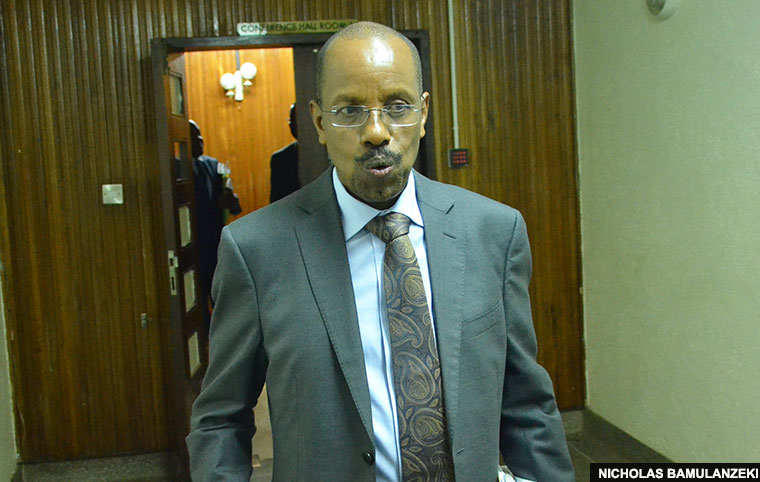 Government will not be in position to meet salary enhancement requirements for public servants in FY 2020/21 due to shortage of funds, ministry of Finance has warned.

According to secretary to the treasury and ministry of Finance, Planning and Economic Development permanent secretary Keith Muhakanizi, some of the funding requirements include the 2021 general elections which according to Muhakanizi require additional funding resources of Shs 704.6 billion in addition to other on-going project commitments in roads, energy, which he avers can’t be stopped.

Muhakanizi also explains that there are still over 364 sub-counties, 352 town councils created from 2016 to 2019 and 10 cities proposed to be created but have not been operationalized due to lack of funding.

“These lower local governments and proposed cities require over Shs 205 billion and Shs 68 billion respectively which is not available in the budget and in addition, it should be noted that the existing Local Governments are still grappling with the challenges of inadequate staffing levels which is affecting service delivery. The operationalization of the above administrative units will require increased funding for wage and other related administrative costs, among others,” says Muhakanizi.

In October, the permanent secretary ministry of Public Service requested for additional funding for wages from the ministry of Finance amounting to Shs 1.5 trillion for the 2020/2021 financial year, of which Shs 1.2 trillion was to pay 100 per cent of the approved long term targets to government scientists, teaching staff of public universities and health workers.

The additional funding requests also included Shs 280.2 billion for enhancement of other employee categories in 2020/2021 financial year that would put Local Government workers at a minimum of 35 per cent of the approved long term pay targets, among others.

URN has learnt that several meetings between the ministry of Public Service, the Local Government Workers Unions and other stakeholders during the salary enhancement provisions for 2018/2019 were held. During the said meetings, several issues were discussed but not concluded prompting a resolution requiring the ministry of Finance to come up with a solution on the matter.

Subsequently, a follow-up meeting held on November 4, 2019, at the ministry of Finance on the same matter discussed and analysed the financial requirements in the context of the revenue performance of the current financial year.

Arising out of the meeting, Muhakanizi says the budget of the 2019/2020 financial year is already constrained with a projected revenue shortfall of Shs 1.5 trillion by the end of June 2020.

“This shortfall will have an impact on the revenue effort for FY 2020/2021. On this account, the projected revenue for 2020/2021 will not be able to accommodate and sustain additional requirements for salary enhancement,” says Muhakanizi in a November 11, 2019 letter to the permanent secretary ministry of Public Service.

Muhakanizi explains that; “there is no fiscal space to accommodate the above funding requirement for salary enhancement in the budget for FY 2020/2021. Given the above circumstances, the proposed salary enhancement should be postponed until after the general elections in 2021.

He has urged the ministries of Public Service and Local Government to continue engaging the respective stakeholders with a view of coming up with a lasting solution to address the issue of salary enhancement for public officers in line with approved long term pay targets approved by cabinet.

Muhakanizi has also requested that any proposed salary enhancement ought to take into account the costs arising out of the new administrative units and Local Government staffing levels.

“…further recommend that government expedites the establishment of a Salary Review Commission or Board to review the pay structure to address pay disparities across the entire Public Service and come up with a harmonized position of remuneration of all Public Officers in government,” he adds.

When contacted for a comment, staff in public universities expressed mixed feelings about Muhakanizi’s communication.

“With this communication, the ministry of Finance has said the Shs 15 million for a professor can only be implemented after the general elections in 2021 meaning we have to wait for another 3-5 years,” a professor at Makerere University who preferred anonymity says.

Dr Deus Kamunyu Muhwezi, the Makerere University Academic Staff Association (MUASA) chairperson said the staff will continue working towards making sure that the presidential promise is realized as public universities.

“Recently, when we met with the [resident, he was very positive about our enhancement to Shs 15 million for professor etc...And he indeed communicated to the effect. We trust the president and we cannot start now doubting him. He also knows we have been patient since ours is an old commitment,” Dr Kamunyu said.

The chairperson of the executive Forum for Academic Staff of Public Universities in Uganda (FASPU) Rev. Dr Grace Lubaale said the only thing the staff has been waiting for is the fulfillment of the presidential directive to pay for a professor Shs 15 million.

He adds that their demands are still valid and if unmet, they will go on with their planned industrial action come the beginning of semester II in January next year.

“I don't have much. All we need is the fulfillment of the Presidential directive to pay a Professor Shs 15 million pro-rata,” Rev. Dr Grace Lubaale said.

Tribalistically divided & ruled with Ugandans holding on to tribal allegience, every Ugandan is at the mercy of Museveni & things will go just as he wants!

Every where people are UNITING & rising up to make their stand face to dictatorship/bad rule, why not Ugandans who know Museveni is going no where unless made LANDLESS through UNITY?

How can Museveni lose election in a country he owns?
Report to administrator
12