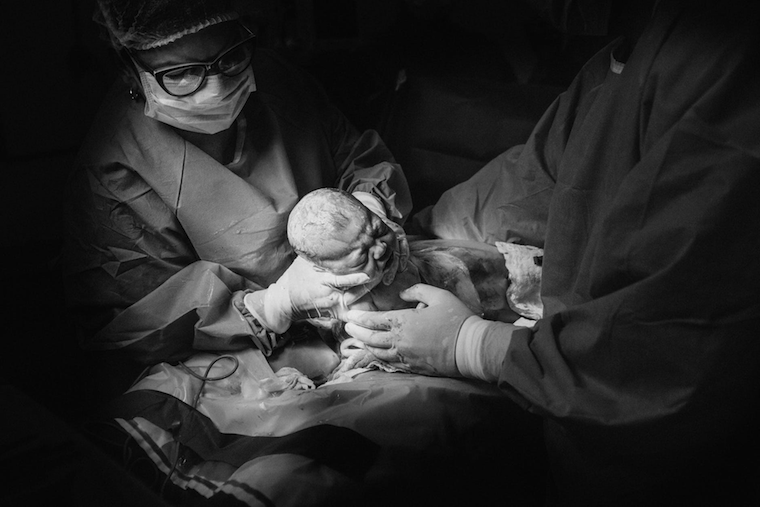 The government is to blame for a botched C-Section at Jinja referral hospital when intern doctors pulled off an arm of baby during an operation on November 10, Uganda Medical Association (UMA) has said.
The baby’s mother was reportedly bleeding excessively at 32 weeks of gestation, only days after her she was discharged from the same facility for pregnancy-related complications.
The hospital director, Dr Edward Nkurunziza said that the mother suffered from antepartum haemorrhage, a serious complication of pregnancy which is sometimes caused by uterine rupture and that the intern doctor identified as Mathias Ngobi observed that the uncontrollable bleeding warranted an emergency C-section to save her life.

In the process of the operation on November 10, the intern doctors assumed that the baby was already dead, a conclusion which was based on false fetoscope results that failed to show the fetal heartbeat, and as such, more focus was put at saving the mother.

UMA president Dr Richard Idro said several interns deployed in health facilities across the country are not supervised, creating a loophole with far-reaching implications for the sector.
Idro observes that while more than a hundred specialist doctors are graduated every year, many of them are yet to be deployed even when it is these who are supposed to supervise interns. He adds that many of the deployed specialists are also given administrative posts in the hospitals that don’t allow them time in the wards or theatres.
Idro says such problems could be solved through coordination between the ministry of Education, medical schools, and the National Council for Higher Education (NHCE) to ensure that the number of interns is aligned with the available training sites and supervisors.
According to him, each supervisor should take on no more than five interns at a go if this practical training is to achieve its objectives of a young doctor to have a feel of what treatments or other services they are delivering.

"Annually, ministry of Health receives an unplanned number and ever-increasing number of doctors for internship without matching financial and human resource investment. There is no coordination between the ministry of Education that oversees the training, the training in institutions that is the medical schools, the National Council of Higher Education which accredits these medical schools or alignment of the number of doctors who are coming out with the available training sites or the number of supervisors available at these sites," said Dr Idro.

Currently, there is no limit on the number of interns a specialist supervises in a medical session. Idro who was releasing findings of the association’s investigation into the botched operation at Jinja hospital said it’s not unique to Jinja for interns to conduct procedures without supervision.

"It is possible that the outcome could have been better if this procedure was supervised by a more senior doctor. But the circumstances at that time required that it was done only by the interns. For the past five years, intern doctors in this country have held strikes after strikes complaining about salaries, complaining about supervision and lack of supplies. The major problems bedeviling health in Uganda is actually planning, followed by inadequate resources and supervision." he added.

Idro said the association sent a team of four doctors to Jinja who spoke to the interns, the mother, and hospital management and established that it was a difficult operation done to save the mother since she had reported with severe bleeding, yet visibility was poor due to numerous scars in the uterus.
"The mother of this baby was presented to this hospital with bleeding, she was rushed to the theatre because of this bleeding, she was losing a lot of blood and unless something was urgently done and urgent action was taken, we would have lost her. The action which was needed was to deliver the baby and cause the womb to contract. A decision was taken for a cesarean section, and on opening the abdomen, doctors found even more bleeding and scars from a previous surgery. Visibility was very poor and access to the baby was very difficult. Loss of the limb was occasioned by the doctor pulling on the arm of the premature baby in a bid to deliver this baby."

Idro says this incident should inform the government of the need in different facilities, adding that as some specialists are not being recruited, the few in the facilities are also overwhelmed by the number of trainees.

Which is why I reiterate that: under Mr. M7 and NRA/M leadership, Ugandans fall sick/ill, get pregnant, give birth and die at own risk.

While our leaders chest-thumb progress, poor babies' arms are being pulled off the socket (RIP) by interns and their mothers' wombs shredded and traumatized; is indeed heartbreaking of what a country we wake up every morning, live and die in.
Report to administrator
+1 #2 Lysol 2019-11-26 22:03
Jinja hospital used to be one of the best teaching hospitals after Mulago, back in the day.

It's a shame that nothing really function under this corrupt regime.
Report to administrator