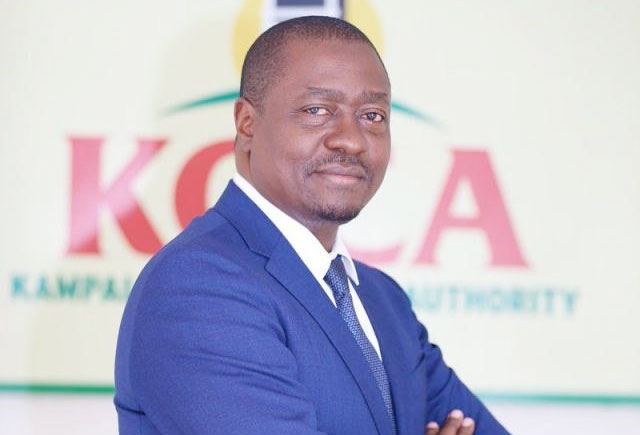 Seven people identifying themselves as 'taxpayers and concerned citizens' have written to the acting executive director, Kampala Capital City Authority (KCCA), Andrew Kitaka to vacate office citing the expiry of his acting tenure.

In their November 21, 2019 notice, the applicants say Kitaka has continued to execute the duties of executive director for the past eleven months in acting capacity contrary to Public Service Standing Orders, which provides for only six months.

They also cite Section 17 of the KCCA Act of 2010, which provides for the appointment of the executive director and mandate, which includes execution of duties of the authority and at the same time being the accounting officer. They contend that the responsibilities are enormous, arguing that one is likely to cause loss to the authority as well as the taxpayers once they execute the roles in an acting capacity.

“We further notify you that acting appointments as done in public service do not apply indefinitely and any such act is illegal and unlawful," reads the notice in part.

They are now demanding that Kitaka ceases from committing or executing work on behalf of the authority and hand over office to any senior ranking officer with a substantive contract to avoid any audit and legal queries,

“Provide an inventory of all contracts, expenditures and any related activities done in your ‘acting’ capacity”, the notice reads.

The petitioners have given Kitaka five working days to refund all the money he has received as salary or emoluments for the period he has served beyond the mandatory six months for one to be working in ‘acting’ position or else they institute a civil suit against him.

Last week, KCCA councillors chased Kitaka from a council meeting. They cited a letter written by the chairperson of the Public Service Commission, Justice Ralph Ochan reminding minister Kamya that Kitaka’s tenure in ‘acting’ capacity had ended and it would most likely be challenged in court.

The development comes barely a week after the deputy head of the High court civil division, Justice Henrietta Wolayo ordered the police director in charge of engineering and logistics, Godfrey Bangirana to vacate office due to lack of a valid contract with the government.

In other words, past 6 months, by the time the guy is out of that office; it becomes the proverbial "lots of water (shady and/or shoddy deals) would have already passed under the same bridge (office)".
Report to administrator
+2 #2 Zaitun 2019-11-25 16:32
Public Service Commission ceased to exist right from day one when the bushmen used artileries to shoot their way to State House, hence controlling every branch of Public Administration.

They name any hog as a Permanent Secretary as long as the man can speak their language, dance to their tunes, is ready to accept being undermined if he/she comes from yonder.

Social, administrative, economic, political... lives of Ugandans have been reduced to a one man's responsibility.

As long as Museveni and his NRM political architects live, Uganda will continue suffering such unthought of adminbistrative problems.
Report to administrator
0 #3 Concerned Ugandan 2019-11-25 16:57
It also reflects badly on Kitaka as a person and many other public officials who have been in similar circumstances.

A principled public officer would recognize on their own that legally they are working without a formal mandate and would voluntarily step aside.

However, the Kitakas of this world will hold on for dear life regardless of whether they are lawfully in office or not.

It is very sad because it is clear that such a person's focus is on the money and not the values necessary for holding such a position.
Report to administrator
0 #4 MR 2019-11-25 21:59
Haha even something as simple and straightforward in the law as temp contract expiring so yo illegally occupying that office is a foreign language to this power hungry girl called Kamya.
Report to administrator