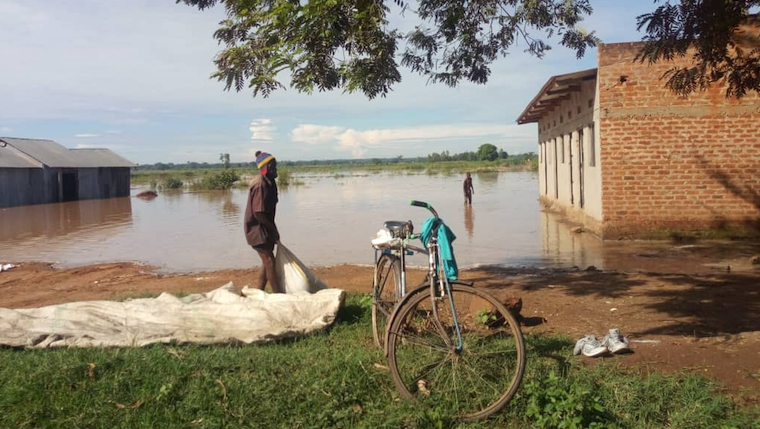 Livingstone International University in Mbale has postponed its forthcoming examinations after floods ravaged the institution's premises.

The university was set to begin its semester one examinations on Monday, November 25, 2019. However, the university campus was flooded on Saturday after River Nabuyonga burst its banks following heavy rains. Several other rivers including Nabuyonga, Namunsi and Manafwa among others burst their banks.

The floods ravaged several villages in the lower sub-counties of Mbale district and displaced hundreds of people. Livingstone University, which is located in Namakwekwe ward in Mbale municipality and next to River Nabuyonga was also affected.

The floods destroyed several computers and documents, prompting the university administration to postpone the examinations until further notice.

John Khauka, Livingstone University marketing officer said the rains found the students asleep and flooded their rooms. He said the water destroyed students' belongings like beddings and books. Offices of the marketing officer and the dean of students are among those that were ravaged.

Derick Mesulam, a second-year student of media technology welcomed the move to postpone exams, saying that they need a lot of time to recover from the trauma following the flooding. Violet Namutosi, a student of diploma in media technology, says that all their classes are filled with water and mud.

River Nabuyonga has a good environmental point it is making for the people of Bugisu. The people of this province have all along been making a point of wanting to run away from their ancestral lands because of too much rain water and mountainous mudslides.

River Nabuyonga exists in the lower great grassland plains of Mbale and Soroti where cattle graze happily all year round and various crops of maize, millet and banana are grown. Where else do the tribesmen and tribes women of Bugisu want to run away to?
Report to administrator
0 #2 rubangakene 2019-11-25 23:26
Am I blind or what? I don't see any university here or have the buildings been "submerged by the flood".

The word 'university' is a misnomer in this country. The ministry concerned should stop this "rot" once and for all otherwise we become a laughing stock of the world.
Report to administrator