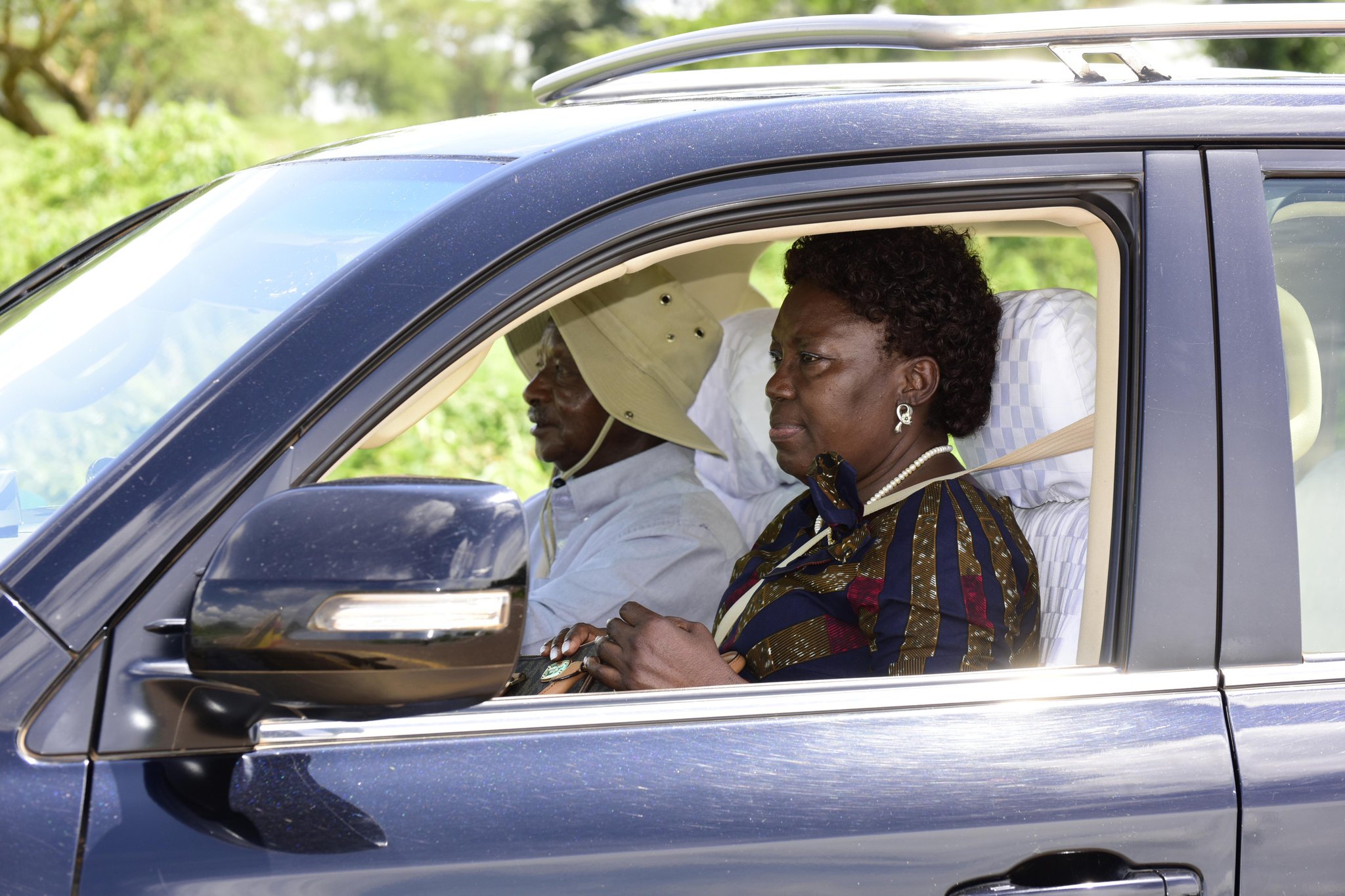 Speaker Rebecca Kadaga with President Museveni at his farm

Parliament failed to sit on Thursday following the absence of both the speaker, Rebecca Kadaga and her deputy Jacob Oulanyah.

On Wednesday, Kadaga adjourned a plenary to Thursday to discuss the contentious issue of the Jinja express highway. However, there was no sitting on Thursday as both speakers were absent. Parliament's acting director of communications Hellen Kaweesa said that the deputy speaker is in Kigali, Rwanda attending the African, Caribbean and Pacific-European Union conference while the speaker had a state function which she had not anticipated would take long.

Kadaga spent most of her day at President Yoweri Museveni's farm in Kisozi, Gomba, where she met the president & two US investors Glen Camp, co-chairman of Sustainable Communities, who, wishes to manufacture building panels from agricultural waste and Austin McDonald, president of Genezen Energy who plans to make solar panels.
The opposition chief whip Ibrahim Semujju Nganda called for the establishment of a panel of speakers so that the house doesn't fail to sit because of the absence of one or two speakers. He says the action of the speakers is an indication of indiscipline.

"It is not the number of speakers that is going to solve the problems in parliament, it is the discipline. Even if you have 20 speakers who are going to adjourn parliament when it is already inside or who are going call MPs and they tell you today there is not sitting, that will change nothing," said Ssemujju.

According to Semujju, it is unprecedented for parliament not to sit because the speakers are absent.

She can comfortably prioritize a foreign engagement ahead of the domestic business of Parliament!

Ugandans need a new breed of leaders for whom national interest and duty take precedence ahead of personal comfort and privileges!
Report to administrator
+1 #2 kabayekka 2019-11-22 17:32
All these Uganda tax payers workers have over time managed to make their own terms and conditions of work.

They are working on their own terms of reference as the tax payer continues to pay up their high wages.

No one else is going to tell them what to do and how to do it. As parliament is a talking shop, MP Ssemujju can say all he wants to say.
Report to administrator
+1 #3 kabayekka 2019-11-22 17:40
But at the end of the day, these very nice investors better learn from what is currently happening in Zimbabwe.

China is now complaining as Zimbabwe refuses to recognize financially the long term efforts China has been putting in this country, as Zimbabwe reads out its annual budgets!
Report to administrator
0 #4 rubangakene 2019-11-22 22:58
Don't you know Christmas is around the corner and everyone is "looking for something" to celebrate it with?
Report to administrator
0 #5 Akot 2019-11-24 19:00
kabayekka, thanks.

As Akot says, Ugandans have no reasons to vote in mps again, right?
Report to administrator