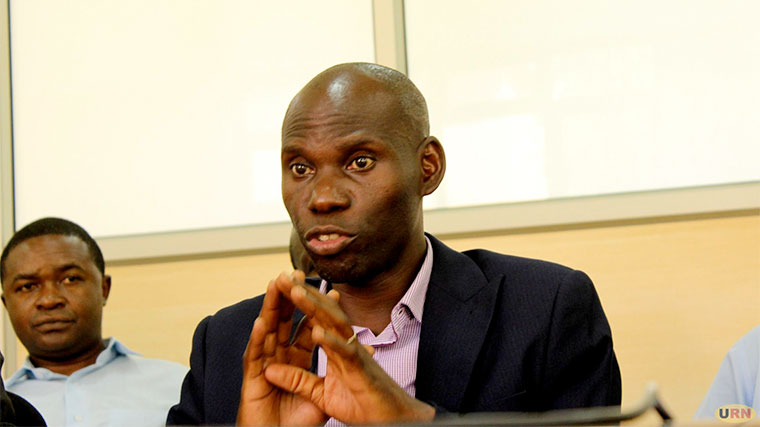 Public university lecturers have vowed not to open for semester two next year in January unless the presidential directive to effect a salary enhancement for professors is implemented.

The decision was reached during a meeting of the Forum for Academic Staff of Public Universities in Uganda (FASPU) held at Makerere University Business School (MUBS) Council Room on Wednesday.

The staff led by Rev Dr Grace Lubaale, the FASPU chairperson during the meeting hailed President Museveni for his commitment and directives in support of the enhancement of academic staff salary to a tune of Shs 15million for a professor.

“In our last meeting with the president at State House Entebbe on 13th August 2019, he affirmed to us that he will handle the matter expeditiously. This was followed by a directive in writing dated 30th September 2019 to the minister of Public Service to immediately effect payment as above,” says Rev Dr Lubaale.

The staff have also called on the concerned line ministries and Technocrats of the ministries of Finance, Planning and Economic Development, and Public Service to implement the presidential directive.

A professor in a public university in Uganda currently earns between Shs 9.5 million and Shs 10 million. The staff say despite Museveni’s directive on September 30, the staff have not seen any increment to the effect on their accounts.

The staff leaders had also gathered to select the new leadership of the pressure group but they failed due to lack of quorum. This was after the expiry of the term of office of Dr Lubaale who had hoped to hand over office.

Dr Robert Ojambo, a senior lecturer at Kyambogo University and one of the members attending the meeting said they could not proceed with the elections of new leaders because majority chairpersons of academic staff associations in public universities had not turned up for the meeting.

+2 #1 Kelly 2019-11-21 15:11
“The staff led by Rev Dr Grace Lubaale, the FASPU chairperson during the meeting hailed President Museveni for his commitment and directives…”

It is so disheartening and sad to see a whole university Don believing in M7’s so call commitment and directives” .

How long ago did M7 remind them to rare ducks at home? Is it anything new that teachers (at levels) have been discarded to the wretched of the earth in Uganda?

When did M7 want something and not get it? When he wanted to maim parliamentarians, how long did he take to send those Kiruhura boys (SFC soldiers)?

When he wanted cheap and malfunctioning CCTV cameras, how long did it take the over UGX 280 Bn to be realised?

How long did it take him to get UGX 29 Bn of cow dung to smear on the lips of our M-Pigs? How much did the booty Kusasira, the vulgar “full figure’ and the faded, 3-legged ghetto sell out get in what space of time?

These so called elite have really let Uganda down!!!
Report to administrator
+2 #2 Kelly 2019-11-21 15:18
“In our last meeting with the president at State House Entebbe on 13th August 2019, he affirmed to us that he will handle the matter expeditiously. This was followed by a directive in writing dated 30th September 2019 to the minister of Public Service to immediately effect payment as above,” says Rev Dr Lubaale.

Nonsense! What is the time frame of "expeditious?"

And if the technocrats after a written directive have not complied, who have they defied?-you mere mortal souls or the omnipotent M7?

And these are the people teaching us management and supervisory skills. No wonder the quality of graduates is continuously degenerating in this country. Simple, just demand from the author of the directive what is yours if you believe so.

[Odyongo, I think you have got the point wrong. It is because of people like you who are self-centered that Uganda continues sliding to the abyss.

Instead of coming out and support these students who are expressing a National Cuase, you come around blaming them.

What sort of a man are you- a man fighting for freedom for his kids and Ugandans at large, or one that goes around with conspiracy theories against the people?

If we Ugandans were serious, what these students have started would end up in a National Cause forcing this unruly king and his nobles to quite the political sphere.

But unfortunately, we have alot more Odyonyos out there taking pleasure in assuring that Ugandans continue suffering as they amass wealth unproductively.]

Lecturers abandones students & are now fighting for themselves!

Who will throw Museveni out?
Report to administrator
+1 #4 Kikomeko 2019-11-21 19:06
The Minister for Education in Uganda failed entry to Nursery School..her University Diploma was Forged on De-winton road.

Education for Looters means Head-ache.. so Dear Professors Forget the Empty Promises and look somewhere else...Go into Goat rearing Business like Kale Kayihuura who is waiting for a the Hangmans Noose..
Report to administrator
+1 #5 rubangakene 2019-11-21 23:16
What really do these so called lecturers do?

Apart from everyday standing in front of student spewing the same texts from outdated, foreign text books, they have not cultivated practical systems to change behaviour of our students, nor have they exploited their knowledge and appropriate technology to address issues that matter to Ugandans; methods of agriculture, animal husbandry, managements of soil erosion, climate change, transport and many other avenues.

It's up to Ugandans, in UNITY, as the rest of the world does, to make their stand or so called elites, including tribal leaders, will hang on to Museveni & continue getting their shares!

How can lecturers dare strike when they left students to fight alone?

Ugandans should by now know it's Museveni & the entire system that MUST BE BROUGHT DOWN, if they want a future at all!
Report to administrator
0 #7 Akot 2019-11-22 13:25
Kikomeko, agreed.

Why don't Ugandans want to bring down Museveni & the entire system?

Blaming Museveni, waiting for him to finally serve Ugandans after 34 years in power, makes no sense, especially as not 1 Ugandan will ever replace him as long as the tribalistic system stands!

Why don't Ugandans understand they hold the KEY to Museveni's future & theirs as well?

The entire world have understood 'UNITY' for common purpose, why not Ugandans?

Why do Ugandans want to be slaves of Museveni & family for ever, when they can be FREE to form the kind of governance they want after their UNITY throws the demon out?

Why is Museveni better than FREEDOM to just live, especially as Ugandans hold on to tribal belonging & Museveni has no tribal land in the zone, yet is chief tribal leader for life?
Report to administrator
0 #8 Akot 2019-11-22 13:34
rubangakene, agreed, but,

Don't froget, it's Ugandans, in UNITY, who have the power to throw Museveni out, then put in place the governance that will lead them;

[to address issues that matter to Ugandans; methods of agriculture, animal husbandry, managements of soil erosion, climate change, transport and many other avenues.]

Museveni MUST first & above all, be thrown out of State House in UNITY so that he never uses Ugandans against one another & just go on!

Ugandans MUST protect themselves by bringing down the tribalistic system & UNITY & what they will do when Museveni is out, will be what they want, TRIBALLY or as ONE REPUBLIC!

Why is UNITY that will give Ugandans chance to decide what they want not coming, while Museveni is assured of continuity?
Report to administrator
0 #9 Akot 2019-11-22 13:46
Kelly, thanks.

Museveni controls every institution including parliament, owns tax money, so can buy/get what ever he wants!

Is Museveni not using tax money to buy off Ugandans, including tribal leaders?

Yet, Ugandans have not yet understood that by maintaining the tribalistic system, no outsider, especially not developed countries, will say a word agains Museveni as it's Ugandans the tribalists & Museveni only takes advantage of it!

Just bringing down the tribalistic system would save Ugandans & they will either Reform the Republic, or go seperately & manage tribal lands riches & serve themselves!

{Uganda needs to get rid of the self imposed bushmen who are in for themselves stealing elections, looting the country and abusing the population.

A change in leadership will open up space for other important agendas. m7 and his family of thugs have to go!}

By keeping Museveni on through the tribalistic system, Ugandans are their own enemies as it's them fighting one another to let the demon rule for life!

Why can't Ugandans stop for 1 minute to ask what will happen when Museveni will be no more?

Why is Dr S. Nyanzi in prison & who locked her up?
Report to administrator