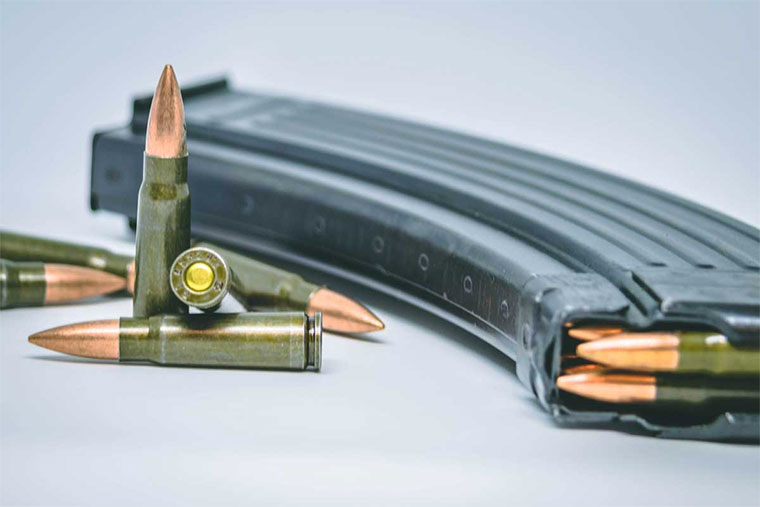 Police in Kitgum district has arrested their own officers over illegal sales of ammunition.

Special police constables Beatrice Akello attached to Kitgum Matidi police post and James Canrac (Bus Park police post) were arrested over the weekend following a tipoff from the locals. Kitgum resident district commissioner William Komakech says that the duo was picked following intelligence that they were illegally trading in ammunition.

He says the suspects reportedly sold 16 bullets each at Shs 5,000 to a lady identified only as Irene, a resident of Lajang village in Pajimo parish in Labongo Akwang sub-county on an unknown day. Komakech says whereas security personnel were able to recover some bullets from Irene, an undisclosed number of bullets are still missing.

Komakech says the police officer are being detained at Kitgum Central police station and charged with misuse of ammunition pending further investigation. He adds that their business partner, who is also detained at the same facility, is being interrogated over possibilities of being a serial dealer in ammunition and threat to local security.

Komakech lauded locals who tipped off police leading to arrest of the suspects and called in the public to be watchful and timely inform security personnel and leaders of such illicit trade. Kitgum district shares porous border points with volatile South Sudan and Karamoja region that has in the recent past seen proliferation of firearms and ammunition in and out of the area.

In August this year, police in the district recovered an AK-47 assault rifle loaded with five rounds of ammunition that was stolen from a security guard attached to Security Group Africa. The gun was recovered from a suspect who was already crossing into Karenga district, northeast of Karamoja region.

The records of their wages is everyday in the news as very low and family housing is of the era of the brutal colonial rule.

However what does not seem to transpire for these devoted constables is not to sell off the expensive fumes of tear gas African governments love to spend lots of the tax payers money on. One reckons they would get lots of money for it so that they are able to upgrade their miserable standard of living on the sides.
Report to administrator