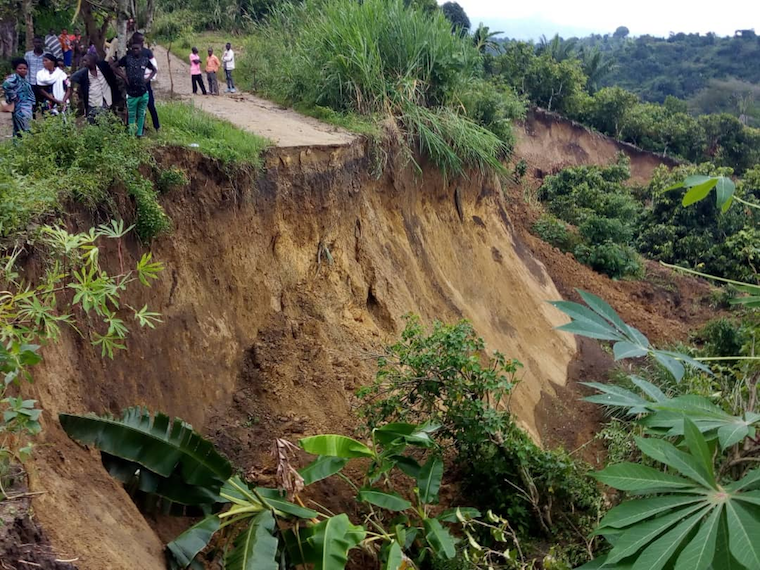 Bodies of the three people killed by landslides in Kisoro district on Wednesday have been recovered from River Rwafi.

Bodies of Oliver Nyiramutuzo, 28, Flora Nyamishana, 36 and Richard Ngabirano, 17, all residents of Mugambira village in Nteko parish in Nyabwishenya sub-county were swept away by landslides on Wednesday afternoon following a heavy downpour which lasted for more than three hours.

Nyiramutuzo and Nyamishana were killed while weeding in a millet garden while Ngabirano was swept away by the waters as grazed goats during the downpour. Paul Bahinyoza, a resident says that bodies were recovered on Thursday evening stuck in the mud along the base of River Rwafi which flows into the Democratic Republic of Congo (DRC).

Also injured by the same landslides was Sylvia Baritonda and her three months-old-daughter who were rushed to Nyabwishenya health centre III for treatment.

Elly Maate, the police spokesperson for Kigezi region says that bodies of the deceased have been handed over to relatives for burial. Maate calls for vigilance among members of the public to immediately vacate landslide and flood-prone areas to safer places.

In September six-year-old Praise Iradukunda, a primary one pupil at Rubona primary school was washed away by running water during a heavy downpour while returning home from school.

Early this month, a three-year-old boy from Kashambya sub-county in Rukiga district was also swept away by running waters during a heavy downpour.

In September, the Uganda National Meteorological Authority (UNMA) indicated that most parts of the country would have above-normal rainfall, according to the Uganda Outlook for September to December 2019 Rainfall Forecast Bulletin.

May God have mercy on them.
These are the right people whose families Gov't can compensate !!!
Report to administrator
+1 #3 rubangakene 2019-11-18 18:35
All the conferences in Kampala luxury hotels on all sorts of problems affecting water, environmental management, climate change and what have you must be translated into "real actions" on the ground, in places most likely to suffer.

Action to address soil erosion due to wanton destruction of forests, etc., of our land must be enforced. If other countries around the world, including Rwanda have addressed the issue, so can we!
Report to administrator