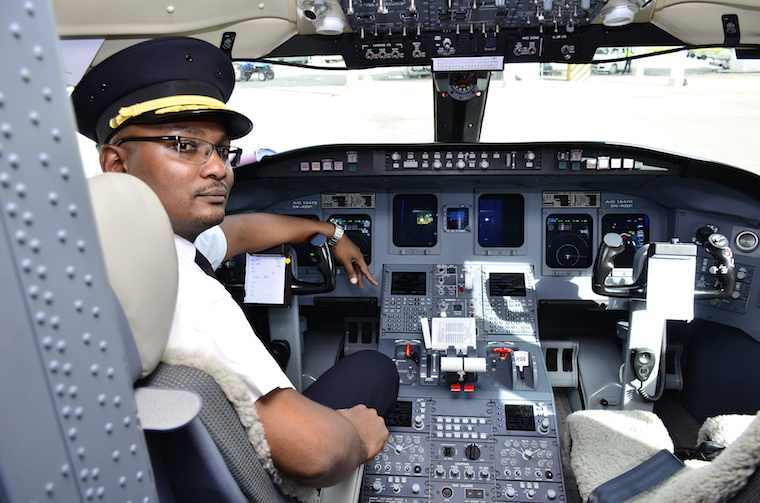 On Monday, Uganda Airlines launched flights to Kenya’s coastal city of Mombasa; the sixth destination on the airline’s route network.

The inaugural flight, this time round, had more paid-up passengers than government officials and journalists, which portends good prospects for the route.

Apart from the minister of Tourism, Wildlife and Antiquities Prof Ephraim Kamuntu and the state minister for Transport, Aggrey Bagiire plus two members of the airline’s board, the rest of the seats in the business class were booked by tourists.

“The magic we are bringing on board are the direct flights from Entebbe and then to our other destinations,” said Deo Nyanzi, the airline’s acting director of commercial operations.

Mombasa was targeted because it’s a regional hub for tourism and trade. Mombasa is particularly an important destination for Ugandan traders since nearly three-quarters of goods destined for Uganda dock at Mombasa thus requiring businesspeople to travel there to clear their consignments.

Kenya Airways and its subsidiary, Jambojet as well as RwandAir have been operating the route but with a stopover at Nairobi’s Jomo Kenyatta International Airport, which means that a traveller has to spend about three hours on a journey that takes one and a half hours.

“It is absurd that we can have direct flights from Dubai, Europe and Cairo but without a direct flight to the port capital of the East African region,” Kamuntu said.

Between January and September, Mombasa port handled 24.45 million tonnes of cargo which is a nine percent increment from last year’s 23.36 million tonnes, according to the port’s management.

Trade within the region is expected to further grow with the construction of the Mombasa special economic zone at Dongo Kundu as Kenya and the Mombasa county government position themselves strategically to be the regional hub for trade and tourism.

“This is a port city; a trade hub for the region and trade has to be facilitated by transport. That is why we are coming in with air links to the hinterland,” Nyanzi said.

The airline also wants to leverage on the single tourist visa that was agreed between Uganda, Kenya and Rwanda and have tourists that visit Mombasa to extend their trips to Uganda.

In this, Kamuntu sees an opportunity for Uganda to increase its earnings from the tourism sector over and above the current $1.6 billion (about Shs 5.8 trillion) last financial year.

About 1.05 million tourists visited Uganda last year and 20 percent of them were from Kenya, 12 percent from Tanzania while Ugandans constituted only 10 percent.

Meanwhile, the airline has added a third flight to its Nairobi route to match the competition from other players. The Nairobi route was launched in August with two flights – an early morning flight and a late evening flight until last week when an afternoon flight was introduced.

“The market required another flight as a bridge between the late evening and the early morning flights. When building a route, frequency is key to maintaining your customers’ confidence, and, Nairobi is a busy route,” Nyanzi said.

Also, Uganda is set to receive two Airbuses early next year which are expected to see the airline take its competition to international routes.

+2 #1 kabayekka 2019-11-13 14:12
We are trying to tell you that this country has got to boost international trade through waking up not only Uganda Airlines but also shipping, and providing tax holidays for the local traders.

It does not help this country's economy and commerce if the Bank of Uganda continues to close African banks and sets the rates of foreign exchange.
Report to administrator
+1 #2 rubangakene 2019-11-13 19:51
I find it extraordinary that all these flights seem to be addressing the needs of passengers only; not a word about any cargo capacity to go with it.

These routes present immense cargo opportunities as well. As for businessmen travelling to Mombasa to clear their goods, I imagine with the advent of technology, one could carry out these activities from their desks.

Tell me what business has the Uganda Army ever done and it brought any revenue into the Bank of Uganda?
Report to administrator
0 #4 kabayekka 2019-11-14 15:47
Even if there is no Uganda Airline to talk about, there are lots of other airlines that could boost business for this country.

As one said before and says now, Uganda as a landlocked country had ocean shipping water way rights through Mombasa and Dar-es Salam.

And Uganda had a Kampala city airport at Naguru urban zone. Who then is stopping all these developments from taking off when most countries have got all these infrastructures undisturbed for many years?
Report to administrator