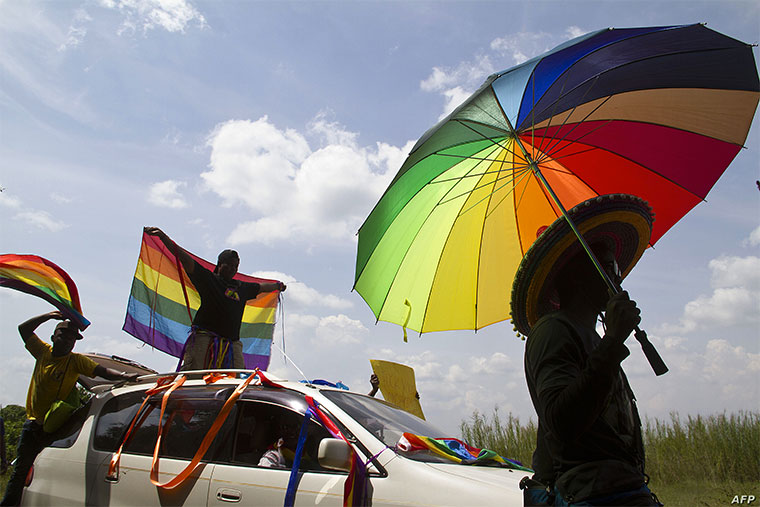 Police said Monday that in an operation around Kampala's city center, they arrested 120 people suspected to have been using narcotics. However, members of the LGBT community say it was a health meeting that police interrupted.

Patrick Onyango, the Kampala Metropolitan Police spokesperson said they received intelligence information that the site of the raid — The Ram Bar — is used as a massage parlour during day and for smoking opium and shisha during the night.

Both products are outlawed in the Tobacco Control Act 2015 and people found guilty of using them are liable for a fine of $130 (about Shs 480,000) or imprisonment for a term not exceeding six months.

"We are charging them under the Tobacco Control Act," said Onyango. "We have started the process of screening and recording statements from them. There are those we shall give police bonds, students, and those who claim that they are innocent. They were just there for a dance and they were not participating in the smoking."

At the Central Police Station in Kampala, friends and members of the local LGBT community are seemingly worried. Among them is Sean Mugisha a paralegal who is trying to secure bail for the arrested members. Mugisha told VOA that Ram Bar is the only safe place that the LGBT community has in Kampala.

"But most importantly it is a center for most outreaches.," he said. "All these guys who give health care services, when they want to do outreaches for the community, it's one of those venues that they have been accessing.  So, last night there was an arrest. I consistently got calls. I decided to come and follow up what is here."

Frank Mugisha, the executive director Sexual Minorities Uganda, says the arrests Monday are based on trumped-up charges by the police.

"We don't know what will happen next. I think we are still looking at the worst. I think its totally aimed at intimidation of the LGBT community," he said. "The police is coming up with trumped-up charges. I don't think all 120 people were publicly smoking. So, we are waiting for court tomorrow and see what happens."

How stupid can some people be. Instead of going for what God design best, these stupid LGBT go for the worst- Sh**t hole (best designed for purpose of sh**).

Considering the violence that goes with after taking mind altering substances and sh**t holing, is in itself bewildering. No wonder they would require "health meeting".
Report to administrator
-2 #2 kabayekka 2019-11-12 17:26
Trouble is the police arrest drug dealers but do not take them to the courts of law so that the judge can imprison them.

In China they arrest them and quickly murder them. In this country, it is not against the law to grow these types of drugs for home use.

And it is going to be very difficult indeed for this police to get a conviction. And keeping these many people on remand for a long time is a high cost to the taxpayer.
Report to administrator