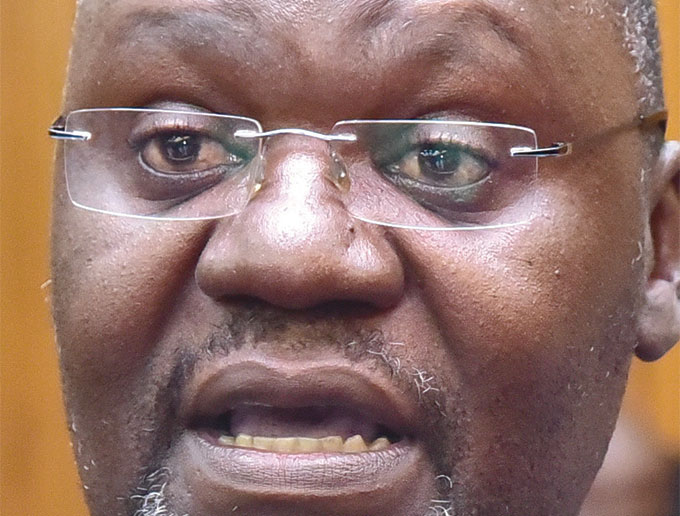 At the end of his full term in 2021, Abdul Katuntu, the Bugweri County MP will have clocked 20 years in politics. He has declared he will not seek re-election. Since he is bowing out, this four-term lawmaker is not afraid to speak boldly about any political subject.

Interviewed by Baker Batte Lule at the weekend, Katuntu spoke about the emergence of Robert Kyagulanyi aka Bobi Wine, the rise of populism in Uganda’s politics and what conventional political players should do to counter it.

All politicians are scared, so you need to know where your weaknesses are if you are going into an electoral race. Museveni’s weakness today is the ghetto and the urban poor and that is what scares him. In the rural areas, Museveni is home and dry.

Do you see Museveni’s overtures in Kampala succeeding?

He may not succeed but he will manage to achieve political damage control. You see opposition to him among the youth can only increase amongst the poor. It will also increase because they have no jobs.

If he can scale up his program of skilling Uganda, get a few ghetto people, give them money and they do a little bit of work maybe he can get 20 percent. Is he scared? Yes he is. He is right to reach out to this [ghetto] constituency; any prudent politician would be doing that.

What should Bobi Wine do now that Museveni has brought the fight to the ghetto?

You know Bobi Wine doesn’t have to do so much about that constituency [ghetto]; it’s not about him but their grievances against Museveni. All Bobi Wine does is to represent them. It’s about poverty, it’s about unemployment.

Will government sort out these problems in a short term, no it is not possible. Has Museveni’s eyes been open; no doubt, he now knows that this constituency can only grow if he doesn’t have a solution to their problems. When you look at the demographics of the country, the young people are becoming more than the elderly. So, in numbers, the disenchanted ones are growing and you need a proper economic policy that can give them jobs and get them out of poverty.

When you see Museveni meeting musicians (Buchaman) that previously supported Bobi Wine; is that an area that should worry him?

Bobi Wine is not about musicians but the urban poor. You can play around with the leadership but at the end of the day you need to tackle their grievances. Leaders have been airing the problems of their people through music or drama but when you get [or buy] them out, this doesn’t solve the problem. What should help is Museveni providing a solution.

The 2021 election narrative is now being shaped by people who previously have been misfits. Does that concern conventional politicians like you?

Absolutely; it a conversation we keep having. The soul being fought for is for the urban poor and the people who are dictating the grievances of the urban poor, are the urban poor themselves. They don’t have captains like us the elites and so on. It’s a real concern.

Like Bobi Wine said, they have brought the ghetto to the government and now we have to contend with the ghetto in politics because the ghetto may not play by the rules, which we know. We have to go back to the drawing board. Let me tell you, the world over, there is a movement of the ghetto, of populism, of demagogues getting into political positions.

That’s why today you find that Donald Trump is the president of America, Boris Johnson is the prime minister of the UK, and Julius Malema is also a force to contend with in South Africa, in Madagascar, a DJ became a president. Orthodox politicians should be very worried about this trend. Don’t get surprised that a prudent politician would want to go to the ghetto now because if you are not careful the ghetto might swallow you.

Where populist leaders have been elected, their countries are in constant ‘turmoil’. Look at America and the unending controversies of Trump. The same can be said of UK under Johnson…

It is concerning because running a government is not easy. You might get in government because of your populism but fail to run the state. It’s real and it must be a point of concern to any serious Ugandan because tomorrow you might not know who will run the government. I would want to entrust the future of my children to someone who can run a government.

People who say it will be easy to deal with Bobi Wine and his people because they are not sophisticated and are poor. Museveni doesn’t have enough money to pay them; so, that would be harder.

You’ve declared publicly that you’re not seeking re-election. What message do you have for conventional politicians who are still interested?

They have to contest because if all of us abandon politics, then we are in trouble as a country. You certainly need conventional and educated people in government. I actually encourage many educated people to sacrifice their careers and join parliament because yes, today the wave is for the ghetto but I don’t think we should think that the ghetto will liberate us.

You will have Bobi Wine as the president but he needs to work with people who understand state matters and many people from the ghetto might not have that experience in running matters of the economy and foreign policy, among others.

12
0 #11 Decimon Wandera 2019-11-11 18:51
I applaud the president because he is well aware of his personal and family interests and plans ahead to always fulfill them.

When he identifies a need among the ghetto dwellers or the youth and addresses it that does not necessarily imply that he is divisive. He is otherwise taking the appropriate measures to safeguard both the national and personal interests.
Report to administrator
0 #12 Decimon Wandera 2019-11-11 18:52
If we transformed our emotions into thoughts then some of us would appreciate the fact that we have a wise president-a president who thinks and actionates his thoughts.

You and will recall that politics is the art and science of managing the people and our president is a political leader...
Report to administrator
12