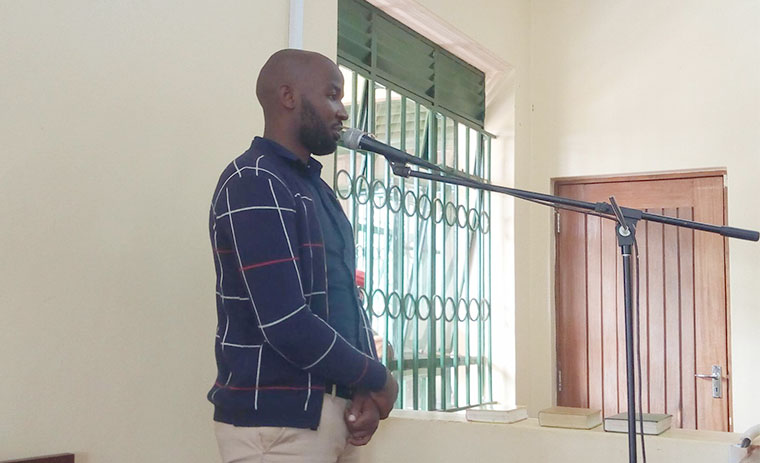 Wamala was on Monday found guilty of manslaughter. In her judgment, Abodo noted that prosecution failed to prove to court beyond reasonable doubt that Wamala killed Radio. She, however, said that court conquers with prosecution that the accused person participated in the brawl that ended the artist’s life.

Justice Abodo noted that prosecution didn’t at any moment in its submission connect Wamala to the killing despite being part of the bar brawl. On Thursday Adobo said that Wamala will spend 13 years, three months and four days in jail because he has already served one year, eight months and 26 days in Kigo prison.

Defence lawyer Leonard Kasibante said that he will appeal against the sentence. Prosecution submitted that between January 22nd and 1st October 2018, Wamala while at De Bar, a popular hangout in Entebbe town engaged in a brawl with Radio that ended his life.

Musicians Douglas Mayanja alias Weasel and other musicians who were in court welcomed the sentence.

“This will help several other people learn that it is not normal to fight within bars and kill other people,” Mayanja said.

In other words, why use your skill to harm others? With his bouncing skill, Troy ended up bumping off Mowzey Radio and ruining his youthful years behind the slammer for the next 14 years.
Report to administrator
0 #2 Lakwena 2019-10-31 15:41
But if it were the African Justice system, Troy does not have to be locked up for this long. He would e.g., been ex-communicated/exiled for a period of time, or forgiven/pardoned (mato oput) and fined a reparation of a few animals.

But that we have religiously adopted the White man's cold iron clad and unforgiving retributive justice system, we are locking up behind chilling iron bars and/or executing/hanging our countrymen/women like some wild animals.
Report to administrator
0 #3 Arafat 2019-10-31 17:55
Lakwena you have done a great job for commenting here but me who knows Troy since childhood let me tell you something you don't know but you believe what's written in papers.

TROY has never & would never work as a bouncer! Troy would never even slap a person, spent years with him in boarding school and he has always been a kind helpful guy.

Wait a minute, there is something fishy about this prosecution which does not go well: if the prosecution failed to prove the man's crime, then, why sentence him to pay for the crime committed by a man out there who is now laughing at the idiocy of the learned High court judge, Jane Francis Abodo?

Were you paid to try this man to satisfy Ugandans? Yes you were simply instructed to do so as a way of appeasement instead of the real killers the police has intentionally failed to produce in court?

Your love for money is a very bad omen to you and your family. You have sent an innocent man for 14 years behind bars.

Every wrong one does will always be paid for! You will look for your victim to excuse you, but will fail miserably.
Report to administrator
0 #5 Kony 2019-11-02 09:16
The procecution failed to prove that it was murder because there is difference between murder and manslaughter, becouse mosey was pushed and he slammed his head so in this case it was the concrete floor that killed him not wamala directly,