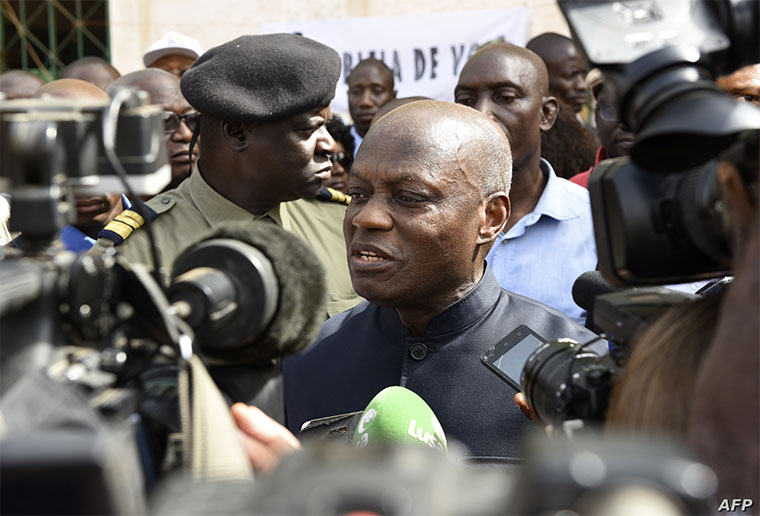 Guinea-Bissau President Jose Mario Vaz named a new prime minister on Tuesday but his sacked predecessor refused to step down, intensifying a bitter power struggle between Vaz and the ruling party weeks ahead of a presidential election.

Vaz, who is running for again in the November 24 poll, dissolved the government late on Monday saying the political situation was undermining the normal functioning of state institutions in the West African country.

It has suffered repeated bouts of instability since it became independent from Portugal in 1974, including nine coups or attempted coups and a surge in cocaine trafficking from South America that has been linked to senior military officials.

The country has been largely peaceful since Vaz came to power in a 2014 election that followed a coup two years earlier. But he has repeatedly clashed over the balance of power in the semi-presidential system with a string of prime ministers put forward by the African Party of the Independence of Guinea and Cape Verde (PAIGC), which controls a majority in parliament.

In a decree on Tuesday, Vaz named as prime minister Faustino Fudut Imbali, who served in the same post from 2000-2003 and represents the small Manifest Party of the People. Aristides Gomes, who was put forward for the job by PAIGC, told Reuters he was refusing to go: "I am in my office, working."

Gomes said Vaz's orders were illegitimate since the president's term technically expired on June 23. West African regional bloc ECOWAS declared a few days later that Vaz could stay in office through to the November election.

Vaz won the 2014 presidential election as the PAIGC's candidate but fell out with the party after sacking his prime minister in 2015. He is now running for re-election as an independent candidate.

In a rare political protest, demonstrations from a party opposed to Gomes's government took to the streets of the capital Bissau at the weekend, demanding the election be postponed so that voter lists could be checked for irregularities.

One protester died on Saturday and several were wounded, according to the government, a hospital source and march organizers. Instability in Guinea-Bissau has typically taken the form of military coups, led by officers drawn mostly from a narrow military elite who fought for independence in 1963-1974.